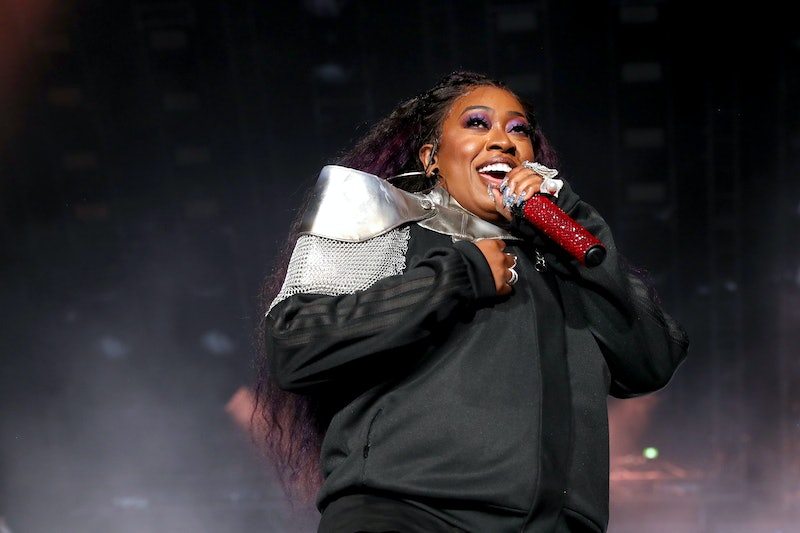 Award shows are known for being unpredictable. Not just when it comes to who takes home trophies and who makes a statement with their red carpet look, but when it comes to their length. Televised award shows often go longer than their allotted time, so if you want to know how long the 2019 VMAs are before you tune in, you're simply being a responsible TV viewer.

On MTV's schedule, the VMAs are listed as lasting from 8 p.m. to 10:45 p.m., when the ceremony will start replaying again for anyone who missed it the first time around. That means the VMAs should be two hours and 45 minutes long.

But! There are two other factors to take into account. First, there is an hour-long red carpet pre-show that airs before the VMAs, starting at 7 p.m. If you want to watch that coverage — which will include performances and awards being handed out, too — then you're at three hours and 45 minutes of VMAs entertainment.

Second, things don't always stick to schedule. Last year's VMAs lasted around two hours and 45 minutes, but in 2017, the show were slightly over three hours long. If you look at the show's history, the length does tend to land between two and a half hours and three hours, so don't expect things to go too far over, if it goes over at all.

While you can expect around three hours of viewing — closer to four if you watch the pre-show — the time you start watching depends on where you live. In the U.S., the award show will air live for the eastern and central time zones. This means, for ET, the ceremony will start at 8 p.m., and for CT, it will start at 7 p.m, according to The Wrap. For the other U.S. time zones, it will air at 8 p.m. local time.

So, what will you see if you do turn in? A lot of awards and a lot of performances. The nominations were announced on July 23, and Taylor Swift and Ariana Grande lead the pack, with 10 nominations each. Both women are up for the top award, Video of the Year; Swift for "You Need to Calm Down" and Grande for "Thank U, Next". Rounding out the category are Billie Eilish for "Bad Guy", the Jonas Brothers for "Sucker", 21 Savage feat. J Cole for "A Lot", and Lil Nas X feat. Billy Ray Cyrus for "Old Town Road (Remix)".

As for the performers, they include Swift, Miley Cyrus, Normani, Shawn Mendes, Camila Cabello, Queen Latifah, Lizzo, the Jonas Brothers, and a lot more. Missy Elliott will also be performing as she is receiving the Video Vanguard Award this year. The rapper has previously won seven awards at the show, including Video of the Year in 2001 for "Lady Marmalade", Best Hip-Hop Video and Video of the Year for "Work It" in 2003, and Best Hip-Hop Video and Best Dance Video in 2005 for "Lose Control".

If you decide to tune in this year, now you know what you're getting into. And you know to get those snacks ready, because you're in for a pretty long ride.

More like this
An Ultimate Guide To The Music Of 'Rap Sh!t'
By Brad Witter
How Lady Gaga & Adele Are Closer To The EGOT All Of A Sudden
By Jake Viswanath
Woodstock Co-Founder Michael Lang Faced Several Lawsuits After The 1999 Festival
By Brad Witter
Bridgerton’s Simone Ashley Stars In ODESZA's "Love Letter” Music Video
By Radhika Menon
Get Even More From Bustle — Sign Up For The Newsletter