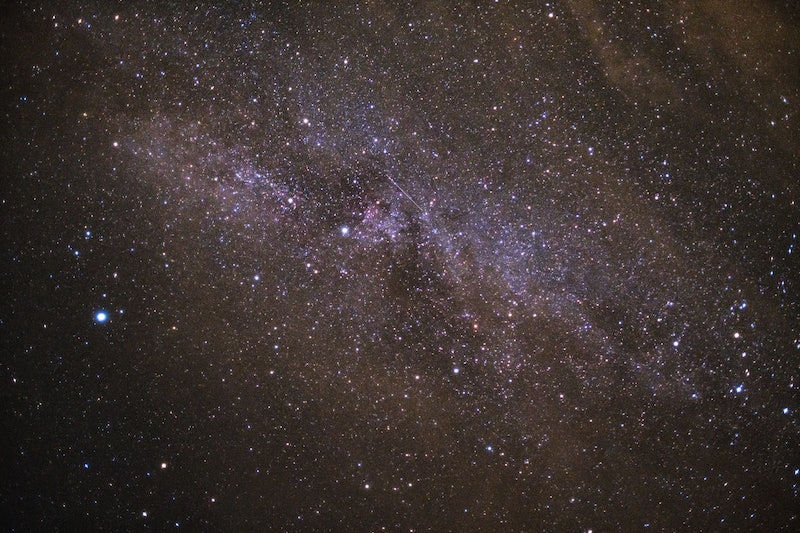 If you're looking to do some serious soul-searching, the next few months might be the perfect time for introspection, thanks to Jupiter retrograde. Before you start reevaluating your entire life however, it's worth finding out exactly how long Jupiter retrograde will be in 2017 this year and what that really means for you.

Now, Jupiter doesn't turn retrograde nearly as often as some other planets, but when it does, it usually lasts for quite a while. Typically, the Jupiter retrograde cycle takes place every 13 months. (Here's a pretty awesome chart that explains all the different stages of Jupiter's position in our solar system throughout the year.) That means every year, Jupiter retrograde will start and end a little later than the last time. In 2016, Jupiter turned retrograde starting on Jan. 7. This year, Jupiter retrograde began a couple of days ago on Feb. 6, 2017 — which means it's right on schedule — and will continue all the way until June 9. Yup, that's right: We've got a whopping four months to go.

Now, the implications of moving retrograde is different for every planet. However, just because it's called "retrograde" doesn't mean the planets are physically moving backward. It only seems that way when you look at how the planets are positioned in the solar system between the Sun and our planet, Earth. So technically speaking, the position of planets in the Milky Way won't affect our everyday lives. It's not like a red moon or meteor shower where you can actually see something in the sky. Nonetheless, planet retrograde is still significant in that the planet's energy begins to shift inwardly, making it much more likely for change to occur. Whether that's positive or negative change depends on the planet — and person.

Whenever planets experience retrograde motion, sometimes it can bring a sense of alarm or wariness since it can often mean bad luck. For example, Mercury retrograde (which took place mid-December to early January) usually turns people's lives upside down when it comes to their finances, travel plans, and communication. But it's different with Jupiter retrograde, thank goodness. When Jupiter turns retrograde, people's lives begin to slow down and it's an optimal time for de-cluttering your mind and getting in touch with your internal energy. Instead of counting your lucky stars and simply hoping for the best, you can rely on Jupiter to bring you fortune and inner progress. Unlike other planets' retrograde periods, which use external forces for creating chaos in our universe, Jupiter retrograde gives you that power, should you want it. In other words, you're in control of making things happen.

So what should you do? Perhaps this means starting a gratitude journal, taking a meditation class, or having more life chats with friends about what makes you happy. The great thing about Jupiter retrograde is that you have plenty of time for contemplation and figuring out what's best for your life right now. Although it's easy to cast doubt on our own capabilities, you might actually surprise yourself and reach a better sense of clarity than before.

My advice? Take advantage of Jupiter retrograde as much as possible while you can. After all, you won't be able to do so again until March 8, 2018.