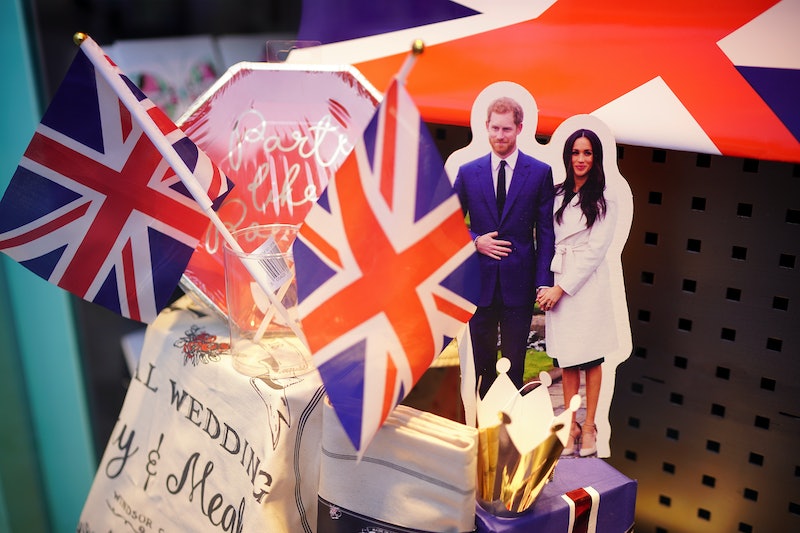 The wedding of Prince Harry to Ms. Meghan Markle is just around the corner, and fans couldn't be more excited to witness the magic happen. With so many fans outside of the London's time zone, though, the question has to be asked: How long is the 2018 Royal Wedding? After all, the full ceremony takes way more time than people think. As fans can imagine, there's quite a bit of pomp and circumstance that surrounds a royal wedding. Few have forgotten the glory of the Duke and Duchess of Cambridge's 2011 nuptials, and when the groom's parents wed in 1981. Both weddings set the tone for the modern royal weddings. If not every wedding, to be honest.

Harper's Bazaar has the full breakdown of the 2018 Royal Wedding schedule, and if you're anywhere outside of Greenwich Mean Time, know that it's a doozy. The wedding is expected to take more than five hours from start to finish. Don't worry, though: Not all of it will be on television. In fact, a lot of it won't. The actual marriage ceremony doesn't take long — when a chapel of 600 guests is considered "small," you know you can't make them wait forever — but again, there are quite a few steps the Royal Family (and the family member-to-be!) has to take to get there. Literally.

If you're one of the lucky 1,200 members of the public the Crown invited to "stand inside the grounds of Windsor castle" for the occasion, you'd begin arriving at 9 a.m. GMT. If you're on the East Coast of the United States, that means you'd be switching on your TV at 4 a.m. ET. Fortunately, you won't need to do that. Over the course of the next two hours, the friends, family, and assorted guests will arrive and take their seats in St. George's Chapel at Windsor Castle. Not the Royal Family, though. Per Harper's Bazaar, the Royal Family will arrive at promptly 11:20 a.m. GMT, or 6:20 AM EST. They'll reportedly arrive either by car or on foot, which is just a delightful image. Prince Harry and his best man, the Duke of Cambridge — also known as Prince William — will take a walk together to greet well-wishers. Meghan Markle and her mother will simultaneously take the long way from her "overnight accommodations" to the chapel, so they can also make an appearance together. Lots of waving and smiling and well-wishing will ensue.

As it approaches 12 p.m. GMT, the car will drop off Meghan's mother, while the bride-to-be "will meet with her bridesmaids and page boys before continuing to the West Steps," according to Harper's Bazaar. Then, she'll meet up with her father, who will enter the chapel with her and walk her down the aisle. That's when the official wedding ceremony will begin. So that's at least three-plus hours before the 2018 Royal Wedding even makes it to the vows. Fortunately, though, the actual wedding ceremony is supposedly just a tight hour long. But does the schedule continue afterwards? Oh, yes it does.

Following the wedding, Prince Harry and Ms. Meghan Markle will greet the guests. After that, there's still more more per Harper's:

The newlyweds will then enter the Ascot Landau carriage for a 25-minute procession through Windsor Town, as members of the royal family watch from the West Steps of the chapel. During the procession, the rest of the guests will walk from the chapel to the luncheon at St. George's Hall.

Later in the afternoon, the newlyweds will depart Windsor Castle for an evening celebration at Frogmore House nearby. They'll spend the night at Windsor Castle, and instead of taking a honeymoon right away, they'll remain in London for the time and attend engagements on behalf of the crown not long after their nuptials. So, start to finish, the wedding day will take about 12 hours. The wedding events open to the public won't be more than six or seven hours long.

For groggy viewers who love the Royal Family but just want to tune in to the 2018 Royal Wedding highlights, there's good news: The most interesting segment is just the two or three hours in the middle. Those are the hours that encompass the family's arrival, the bride's arrival, the actual wedding ceremony, and a wee bit of waving and well-wishing.

The 2018 Royal Wedding promises to be as gorgeous and memorable as the 2011 Royal Wedding before it. With a long day of uniquely British festivities ahead, fans will have plenty of celebration to enjoy — no matter what side of the pond they're on. But if you're several time zones away from Greenwich Mean Time, no one would blame you for just setting the DVR.

More like this
Gabby & Rachel Reveal How That 'Bachelorette' Rose Ceremony Twist Happened
By Grace Wehniainen
Amanda Matta Isn't Afraid To Spill Royal Family Tea On TikTok
By Hayley Schueneman
Tyler Perry’s Birthday Note To Meghan Markle Mentioned Struggles She’s Overcome
By Brad Witter
Where Was 'The Bachelorette' Season 19 Filmed? More European Destinations Are On The Way
By Radhika Menon
Get Even More From Bustle — Sign Up For The Newsletter