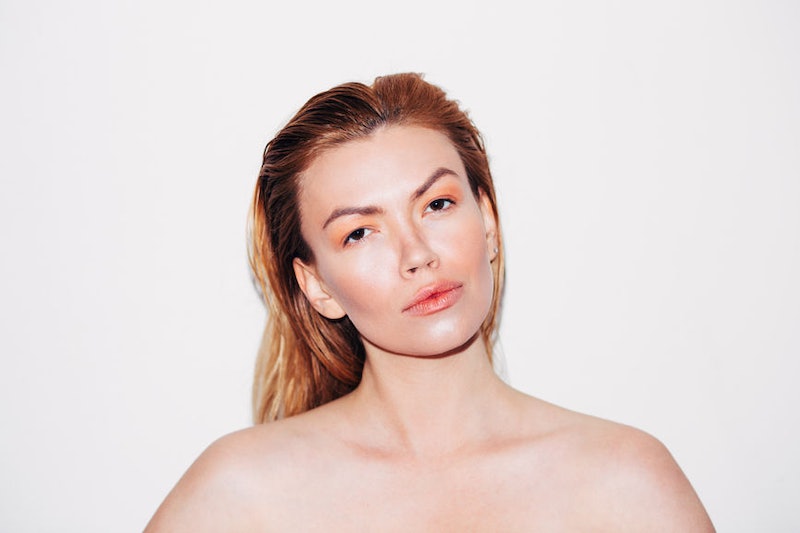 Anyone looking to reduce their environmental footprint and the amount of money that they spend on haircare products may be temped to try out the No Poo method. Unfortunately, eliminating shampoo from your hair washing routine isn't as easy as it sounds. So how long is the No Poo transition phase? In other words, when can you expect your greasy locks to transform into a beautifully shiny do?

As with any experimental method like this, the answer isn't exactly simple. But from doing a lot of reading as well as trying it out myself, I've come to realise that the length of a No Poo transition relies on three precise things: how long your hair is, how thick it is, and how hardcore you are willing to be.

Although I only attempted to banish shampoo from my life for two weeks, I was surprised to find that my hair didn't turn out as greasy as I originally thought. At first, I put it down to my hair being supremely thick and the fact that I only washed my hair with water. But it turns out that I may have been lulled into a false sense of security.

Several people on Reddit forums have admitted to experiencing non-greasy hair for the first few weeks then going downhill and seeing nothing but oil for months. One convert, however, believes that a typical transition phase is around six weeks "if you find a method that works with your water and your hair."

Lucy Aitken Read has been a No Poo advocate for almost seven years. She agrees that transition phases can really vary, saying that between one week and six months is common. "For me, it went in stages. It seemed to get greasy at about four months, but for every month after that my hair got better and better," she wrote on her blog. According to her, going "cold turkey" is a quicker way to transition but "is really full on."

If you have pretty long hair, No Poo bloggers recommend investing in a boar bristle brush to evenly distribute oil and stop a build-up at the roots. And if you're a daily washer, you might want to reduce the amount you wash your hair (even if just with water) so that it can learn to stop over-producing natural oils.

For those who are shuddering at the thought of keeping their hair well away from water, try using colder water to again allow your hair's oil to do its thing. Alternatively, you can use dry shampoo or just conditioner until you and your hair get used to things.

The No Poo method doesn't exactly have much science to back up its claims but, sometimes, listening to the words of those who've tried it (and made it through to the other side) is well worth it. That transition phase may look and feel disgusting but just know that your hair will eventually give up the grease.

More like this
I Have Eyebrow Alopecia – & Microblading Gave Me My Confidence Back
By Jessica Morgan
How To Style Your Hair For A Festival, According To Maya Jama’s Hairstylist
By Tomi Otekunrin
Charlotte Tilbury Just Added A Glow Tonic To Her Skincare Collection
By Tomi Otekunrin
Why “Patch Snatch” Ponytails Are Everywhere Right Now
By Tomi Otekunrin
Get The Very Best Of Bustle/UK