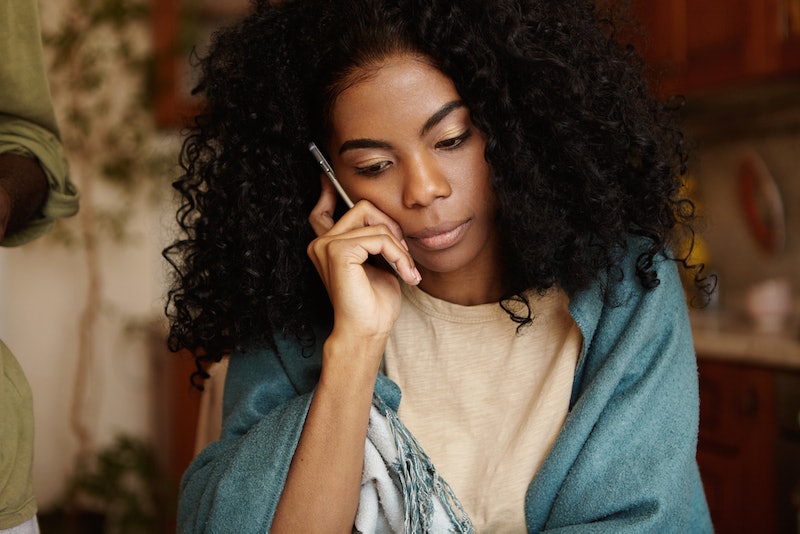 In case you missed it, Mercury retrograde winter 2020 has decided to be even snarkier than it normally is by making its debut on Sunday, Feb. 16 — yep, that's just two days after Valentine's Day. On top of that, the official backspin will hit during Valentine's Day weekend, too. You can bet that Mercury retrograde will affect your Valentine's Day weekend plans, given that Mercury is the planet that rules scheduling, communication, timing, and rational thinking. But if we prepare ourselves and know what to expect, we can bypass some of the retro-drama.

We kick off the weekend, of course, with Valentine's Day itself — and astrologically, things might feel intense, due to some major planetary aspects involving illusive Neptune and the emotional Moon. "On Valentine’s Day, Mercury in Pisces will be making a conjunction to Neptune, and it will maintain that aspect while Mercury stations retrograde," says astrologer Six. When we have a conjunction between Mercury and Neptune, it can make us feel more spiritual and intuitive — but combined with the haze of the retrograde, can also make us feel super confused and unclear about where things stand, especially if there are underlying issues in the relationship.

"This Valentine's Day we will be feeling a bit on the emotional side, since Mercury will be retroshade and it is [also] square the Moon," says astrologer Caitlin McGarry. On top of the heightened emotional state, we should expect for plans to get shaky, timing to feel off, travel to get messy, and communication to be super unclear.

It's certainly not the ideal astrological backdrop if you've made elaborate Valentine's Day plans, but it doesn't have to be a recipe for disaster, either. Bustle chatted with several astrologers to get the scoop on how Mercury retrograde will affect your Valentine's Day weekend plans. Let's prepare for the worst, hope for the best, and take this all as a helpful heads-up to ensure your romantic evenings or weekend getaways aren't totally ravaged by the retrograde.

As much as you may be tempted to fill your Valentine's Day weekend with back-to-back plans, take things slow. "People, situations, and feelings may not be understood with full clarity and transparency, so be careful about accepting spontaneous commitments or giving second chances," says Six. "Retrogrades are for reflection ... taking things slow until after the post-shadow period will ensure that there’s enough time to comprehend what you’re seeing."

Our Feelings Are Confusing, So Clear Communication Is A Must

Everything's feeling murky this weekend, and the best way to handle this is to really focus on clear communication. "During this transit, we will either feel blinded by the beauty of love, as if we were seeing life through rose colored glasses, or drowning in a sea of confusion. Talk it out!" says astrologer Didi Daze.

Mercury retrograde is notorious for throwing unexpected wrenches into our lives, so don't be shocked if you end up having to cancel your original date night idea or have a serious conversation that you weren't quite prepared for. "Re-scheduling plans or having to have 'the talk' with someone you like will be necessary," Daze says. Stay flexible with plans and open with feelings, and be willing to talk things through.

Arguments Are Likely, So Stay Calm

This retrograde is in emotional Pisces, which is making everyone a little bit more sensitive than usual, so watch your tone. Our extra sensitivity combined with the retrograde's ruthless ability to trudge up dirt from the past can make arguments way more likely to break out, too. "Lies and deceptions may come to the surface, which will make us feel lost in how to communicate and relate to others," says astrologer Lisa Stardust. "But matters will be resolved and relationships will become stronger, given the chance."

And Yes, Your Ex Might Try To Sabotage Your Plans

The most obnoxious habit of Mercury retrograde periods? Washing ex-lovers back up on our shores. "You will probably hear from someone in your past so try and give it a few days before you respond," McGarry says. "Prepare yourself for some tension between your heart and your mind." Think long and hard before you let this person meddle with your plans.