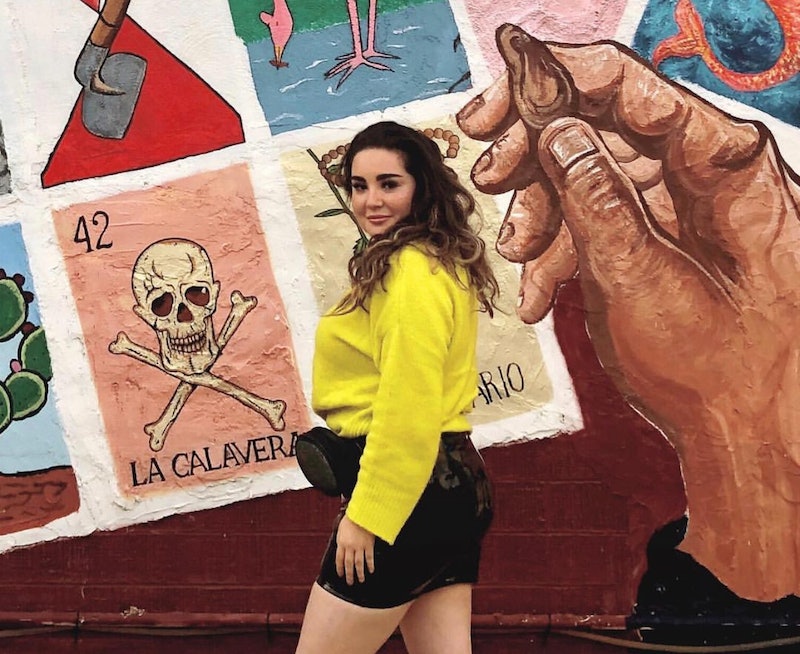 After I graduated from elementary school, my father told me we were moving from Mexico to Texas.

“Just try it for a year and if you don’t like it we will move back.”

That’s what my dad said in case I wanted to stop living in the United States. While I was born in Texas, I was raised in a city called Tampico, which is in the state of Tamaulipas in Mexico. Because of that, I speak fluent Spanish but I see myself as the definition of both cultures, someone who has lived in both sides.

I refused to accept the idea that I would be leaving my life, my dog, and my best friends. Even though I cried and complained, there was no other choice but to follow my dad’s orders. I was used to attending private school in Mexico but my dad assured me that there wouldn’t be much of a difference going to public school in the United States.

The first thing I noticed was that my public school was much nicer than my private school in Mexico. It was all indoors, climatized, and it had a gymnasium that I had only seen in Disney Channel movies. There was a locker room inside the gym and I had my own locker to put my backpack in. It was exciting but also nerve wracking, especially because I didn’t know anyone. Luckily, I made a friend before lunch in P.E. class and she guided me through that first day.

After a year in the U.S., it was clear we were not returning to Mexico. I was actually starting to like it, and also starting to notice some major cultural differences. One day in my eighth grade English class, a girl who had invited me to her quinceañera was asked to step out and go to the nurse’s office. Apparently, she wasn’t feeling well. Weeks later, she came back to school with a full-grown belly. Even though some people would stare at her pregnant belly, it seemed like it wasn’t a big deal overall among my classmates. I remember telling my friends in Mexico about it, and they were appalled. “They let her go to school like that?,” I remember one of them asking me.

As I entered high school, I realized most of my new friends were sexually active. Whenever I would join a conversation among my sophomore friends, at least one of them would casually mention who they'd had sex with that weekend. Some girls would call other girls "sluts" and derogatory terms, but not as often as my friends back at home would. No one acted like sex was a bad thing and I was starting to agree, even if it meant I would become the black sheep out of my own group of friends in Mexico.

Before I had any sexual encounters, I knew the basic information. Contrary to my friends’ parents, my mother was a former middle school teacher and counselor who was comfortable talking about puberty. She gave me the sex talk before my first period and explained to me with every biology term possible how babies were made. While she didn’t tell me about contraceptives or sex positions, my friends at school told me there was more to sex than what parents explained.

After my first sexual encounter, the first thing I did was Skype my friends in Mexico. I was the first one of the four of us to give a blow job. They were curious and shocked at the same time. Another friend acted a bit judgmental. For my friends in the U.S., this was normal.

Things really started to change the day I lost my virginity. When I called my best friend on Skype to tell her all about it, she began to cry. For me, it was both empowering and exciting. I was happy to have it off my checklist, but I also felt comfortable and ready for it. My friend seemed scared and insisted I was changing. Many people I grew up with felt like women shouldn’t be talking about sex. They not only didn’t kiss and tell, they also pretended there was no kissing involved.

I have friends who did not know what menstruation was and the day they got it, they thought they were dying. A friend recently opened up to me about the excruciating pain she felt when she tried to have intercourse. She said she wasn't going to see a doctor.

Even though there's still backlash from conservative religious groups about sex education and contraceptive use, Mexico is changing little by little. Mexico City used to be the only city in the country to legalize abortion but Oaxaca recently depenalized abortion. Younger generations in Mexico are trying to destigmatize sexuality and get better sex education in schools.

My extended family was afraid I would become “too liberal” by moving to the U.S., but I think what happened was that I realized my sexuality and became more comfortable with it.