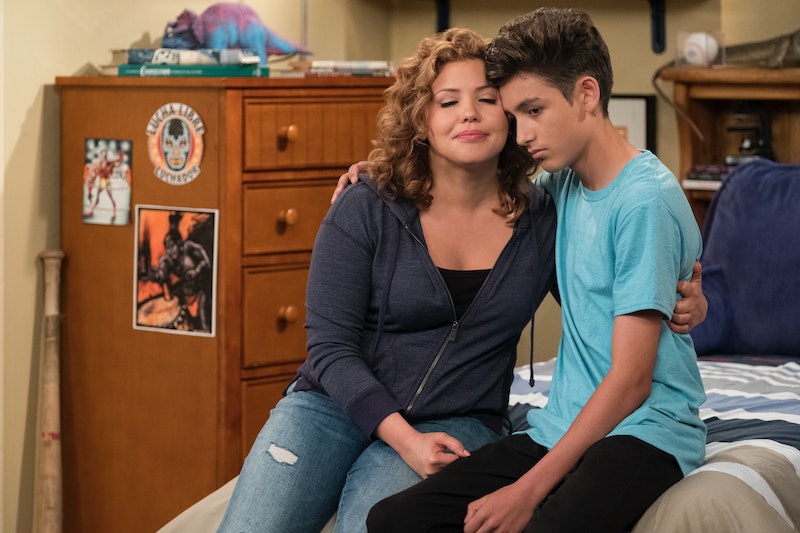 Calderón Kellett says she's been wanting to make this episode for three years. "I had the opening of [Penelope] talking about her son walking in on her, which felt like a fun thing to turn on its head." What the One Day at a Time team didn't have, until this season, was a storyline strong enough to support that opening bit. They found it in an exploration of the Alvarez family's lack of interpersonal boundaries. Penelope is proud to live in a house where bedroom doors don't have locks because it encourages emotional intimacy. The flip side is that no discussion remains private: eventually, every family member must have their say. Abuela Lydia takes the conservative view, condemning Penelope's masturbation as symptomatic of loneliness. Elena, open and progressive, is eager to support her mom by reciting the health benefits: stress relief, alleviation from menstrual pain, better cognition.

That the episode is airing amid the global coronavirus pandemic, while much of the world is isolating at home, feels particularly timely. Says Calderón Kellett: "I think people are probably taking a separate view to their own sexual health now that they're alone."