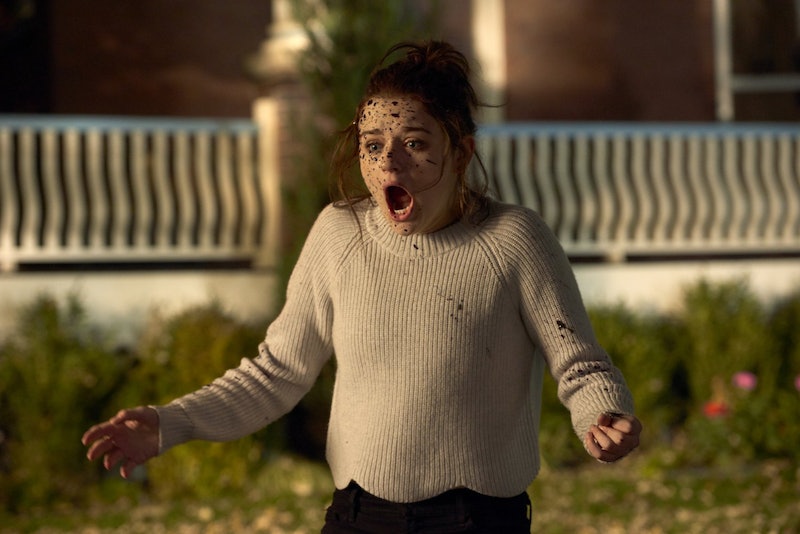 You've likely heard the phrase "be careful what you wish for," and the old adage is put to good use in the new horror thriller Wish Upon thanks to a wish-granting music box whose wishes come at a price. But how scary is Wish Upon? Similar premises have certainly been seen in movies before, like Needful Things, Wishmaster, and numerous adaptations of W. W. Jacobs' classic story The Monkey's Paw, so is Wish Upon able to do something new with the format to make it scarier for audiences?

The movie stars Joey King as Clare, a down on her luck 17-year-old whose father finds an old music box in the garbage and gives it to her as a gift. Odd as it may seem to be gifted literal trash by your father as a teenager, that's not the actual scary part of the film. The music box says it will grant its owner seven wishes, so Clare sets out wishing for money, love, and revenge against other kids who've wronged her, naturally. As you'd expect, the wishes all come true but at a sinister cost, resulting in some pretty gruesome deaths that Clare wasn't really counting on. It feels almost like a mix between the aforementioned "be careful what you wish for" movies and the teen horror franchise Final Destination. In other words, if you're 13 and a horror movie noob, then you might be scared of the movie, but adults probably won't be too rattled.

That's not to say the movie is entirely without scares. Some of the deaths are quite disturbing (you'll probably be extra careful around garbage disposals after watching it), and the reveal of a demon being in control of the music box lends a spooky supernatural element to the plot that certainly steps up the level of horror. On the whole though, I don't think that Wish Upon offers too much that's going to leave seasoned horror fans shaking. The film isn't even being billed as a straight up horror film, but rather as a fantasy/horror/thriller, which to me says that it isn't even pretending to be super scary. It's trying more to thrill you than terrify you.

Typically, the best horror movies tap in to people's real life fears. Whether the antagonists are serial killers, ghosts, or aliens, the scariest films all feature horrifying things that are either real or believed by many people to be real, which can chill you to the bone as you try and tell yourself "it's just a movie." But since I've never heard of anyone being scared of a wish-granting music box — or believing in one — I think most people will be more thrilled by Wish Upon than scared by it.