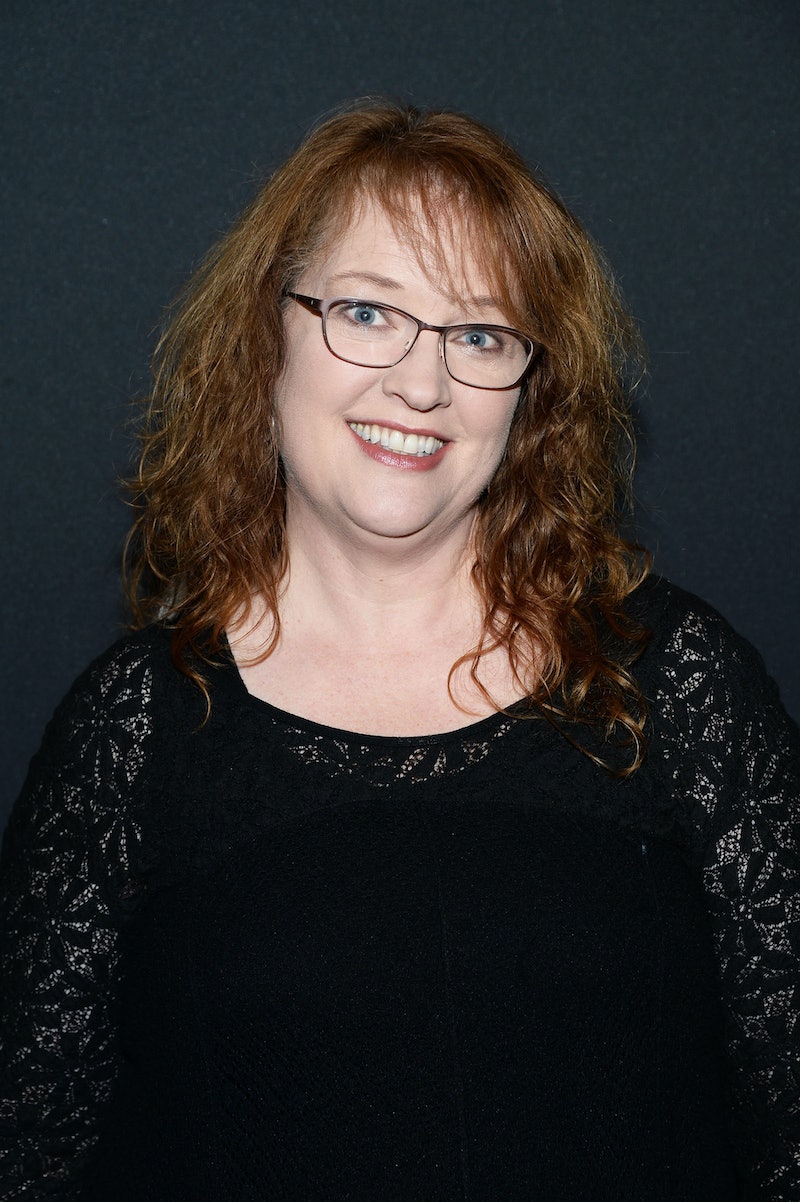 Brenda Chapman may not be a household name, but she's had a hand in some of the most iconic animated movies ever. She's worked on classics like Beauty and the Beast, The Lion King, and The Hunchback of Notre Dame for Disney, and at Pixar, she worked on Wall-E and developed and directed Brave, featuring the studio's first female protagonist — and leading Chapman to become the first woman ever to win the Oscar for Best Animated Feature. But the filmmaker was a groundbreaker long before then. Two decades ago, she became the first woman to direct an animated film put out by a major studio, The Prince of Egypt. As the film celebrates its 20th anniversary, Chapman tells Bustle all about how she took a serious biblical tale and transformed it into one of the most gorgeous animated films of all time, and even helped add some feminist twists.

But it almost didn't happen. "I had no desire to be a director," Chapman says, when we speak over the phone. She had started at DreamWorks with the intention of setting up the story department like she'd done at Disney, and her role as director was relatively accidental. "Jeffrey [Katzenberg] was having trouble finding someone to direct the film because of the serious subject matter and also take the leap into a new animation company," she explains. "But once I got over there, Jeffrey said, 'You're in charge until we find someone,' and then he said, 'Well I can’t find someone. Will you do it?'"

Chapman was joined by two others, Simon Wells and Steve Hickner, and the trio got to work on turning the story of Exodus, which details how Moses, the adopted Hebrew-turned-prince, freed the Jews from enslavement in Egypt, into an animated musical comedy. The adaptation process gave Chapman a chance to add a touch of feminism to the heavily masculine tale. The Bible is a male-dominated book, so fleshing out the female characters was very important to Chapman. In the movie, Moses' wife, Tzipporah (Michelle Pfeiffer) is a strong woman who escapes imprisonment and becomes Moses' partner and equal. His sister Miriam (Sandra Bullock) is a woman who speaks her mind when the men in her life tell her to keep quiet. And Moses' birth mother Yocheved (Ofra Haza), who isn't even given a name in the Book of Exodus, has an entire song in the film.

But Chapman's biggest push was when it came to the voice of God. In the final cut, Val Kilmer does double time as the voice of Moses and God, but fans of the film might know that there is a comforting female whisper hidden just underneath the booming male voice of God.

"Yeah, I did that," Chapman says with a laugh, explaining that she added her own voice to the mix. Yet, she adds, "that was one of the big disappointments for the female producers and I, because we fought hard to try to make the voice of God many different voices." They had originally wanted the voice of God to include all of the characters in Moses' life, but that made it sound "a little schizophrenic," she explains. "We just got a lot of pushback, but [in the end] we got a female whisper echoing what was being said."

While there's no question that Chapman's role in the film as one of its three co-directors broke major ground, at the time, she didn't make a big deal out of it. "I just wanted to make a great movie, you know? So I downplayed [my role]," she says, adding, "I’m a big advocate of women getting out there and doing things for the first time and stepping up and taking leadership, but that wasn't on my mind at the time. I was just a filmmaker, a storyteller who wanted to tell another story."

Looking back, however, she's extremely proud of being the first woman to direct a studio animated film, and it's clear that female representation is an important issue that has followed Chapman further into her career. In 2012, she became Pixar's first female director with Brave, explaining now, "I wanted to do a mother-daughter story and I was looking for a fairytale that had a mother-daughter story, but I couldn’t find one that didn’t involve a prince coming along and the mother eventually disappearing. Or it was about an evil stepmother or whatever. It was really hard."

So instead, she came up with an original tale and based the story on her relationship with her own daughter. "She was driving me crazy at the time," recalls Chapman. "She was four or five when I started it and she was such a little pushback girl. She had questions for everything, it was driving me nuts, so I felt like I had to channel that into what I was doing and so that’s how Merida was born."

Yet to the shock of many in the animation world, Chapman was dismissed from Brave for "creative differences" midway through the making of the film and replaced by a male director, Mark Andrews. The move brought on accusations of sexism, and Chapman said at the time that she was "devastated," as EW reports. Though she's spoken a bit about the vague reasoning behind her dismissal, she points today to the recent sexual misconduct accusations against John Lasseter, chief creative officer of Walt Disney Animation Studios and Pixar, to give an idea of the male-dominated atmosphere that she had to deal with at the studio while she was there.

"I think with what's happened with John Lasseter [reflects] the toxic environment that was Pixar at that time," Chapman says. "It really was a difficult time." (Lasseter has since apologized for any discomfort he caused his employees, and will be stepping down from Pixar by the end of 2018, Variety reports. Frozen director Jennifer Lee is taking over as CCO of Disney Animation, while Inside Out director Pete Docter will be CCO of Pixar.)

Despite those difficulties, Chapman was still credited as a co-director on Brave and went on to win that historic Oscar for Best Animated Feature. "It was such a bittersweet moment because of how I’d been treated at the end of the film just a little over a year [prior]," she reflects. "But at the same time, it was one of those moments where it was like, 'wow!'"

These days, Chapman is busy working on her first live action film, a combination sequel to the stories of Peter Pan and Alice in Wonderland called Come Away, starring Angelina Jolie and David Oyelowo. "I never ever had any desire to go into live-action because I do love animation," she says. "But I read the script by Marissa Goodhill and it just captured me. If I ever was going to do one, this is the one." The director initially found the script to be a bit Peter-heavy, so she and Goodhill worked together to give Alice her due.

It's clear that her unfortunate experiences have made Chapman embrace her pioneer status more than she has in the past. "I’ve become more of an advocate now," she explains. Still, "I don’t look at myself as someone going to go out there and break some ground," she adds. "I just went out there to do what I love to do, and didn’t give up, but I realize how easy it is to give up when things get really difficult. So that’s my message to women of any age. Get back up and do it again and don’t let them win."

Even if, like Moses, you have to part an ocean.