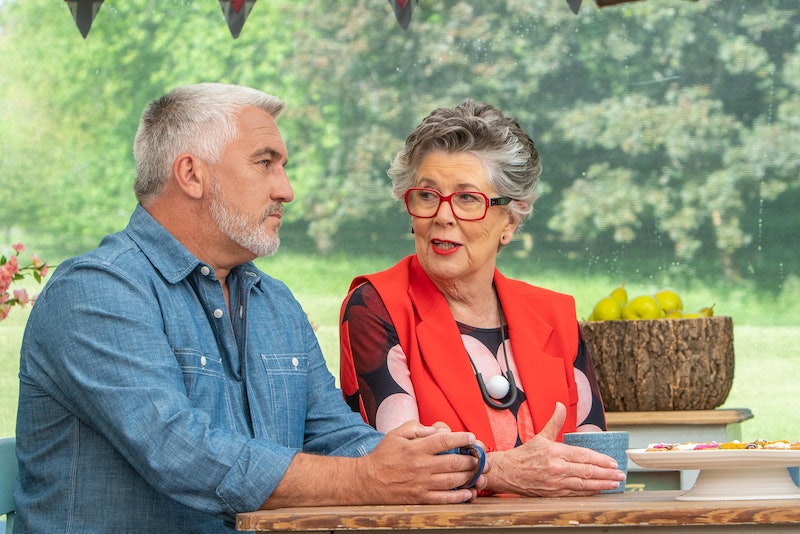 If you're like me, waiting for The Great British Bake Off to begin is downright torturous. I mean for goodness sake. Who doesn't crave TV that both brings you joy and makes you salivate buckets? Yes please, I'll take two. However, for some people, GBBO brings on a whole different feeling. A rumble in their gut. Not one of hunger, but of AMBITION. The show makes them hungry for success and to be crowned the winner. So how do you apply for The Great British Bake Off 2020?

So, as you're well aware this season's ovens have been switched off and another year is done and dusted. Please hit here for spoilers.

While it's sad to say goodbye to another year of the show, the 2020 applications are now firmly open, and, you guys, if you want your shot at baking glory and all of the cookery book deals, here's the steps you have to take.

First, head over to the applications page here. You have until Jan 5 2020 to apply. The Metro reports that the main rules are as follows:

So what's involved in the process? Apart from the laundry list of rules, there are a whole host of other very important things to be considered. Mat Riley, who took part in season 6, spoke to The Sun about the whole process. "I did [my form] before Christmas and I think we started filming in May — it's a long process," he said.

He added that, after sending in the form and some photos of his tasty delights, he had to do two signature bakes. One savoury and one sweet. They were then brought in for "audition day," when Riley also had to bake against the clock with a surprise challenge. Now if that doesn't give you an anxiety attack then I don't know what will.

And then there's the wait. Season 5 contestant Jordan Cox spoke to the Telegraph about waiting to hear whether he got on the show, and explained that, TBH, it felt like an absolute eternity:

"I had to wait so long to find out that I was on the show — it was at least six weeks after the final audition, which in TV land is a very long time indeed."

And is it all worth it? Like what do you actually gain when all is said and done? The winner of the GBBO crown wins, well, a trophy. I know right? Underwhelming. But it's the time after that's their real prize. Because multiple winners, contestants, and even the judge have seen their star soar after taking part in the show.

For example, former winner John Whaite has not only starred in TV shows, but released multiple wonderful books. Same goes for Liam Charles. And then there's the unbelievably lovable Nadiya Hussain whose talent, star quality, and positive message made her an instant national treasure.

So what are you waiting for? 2020 might be your time to shine. Even if that shine is just sweat from the kitchen being too hot.

More like this
ITV’s New Take On 'Love Island' Is Only For MILFs & DILFs
By Sam Ramsden
Vanessa Bauer Is Reportedly Dating Her 'Dancing On Ice' Partner
By Darshita Goyal
Spencer Matthews’ Impressive Net Worth Expands Far Beyond Chelsea
By Sam Ramsden
Barney Walsh Has Been Linked With This Famous Miss World Winner
By Sophie McEvoy
Get The Very Best Of Bustle/UK
Sign up for Bustle UK's twice-weekly newsletter, featuring the latest must-watch TV, moving personal stories, and expert advice on the hottest viral buys.

This article was originally published on Aug. 27, 2019