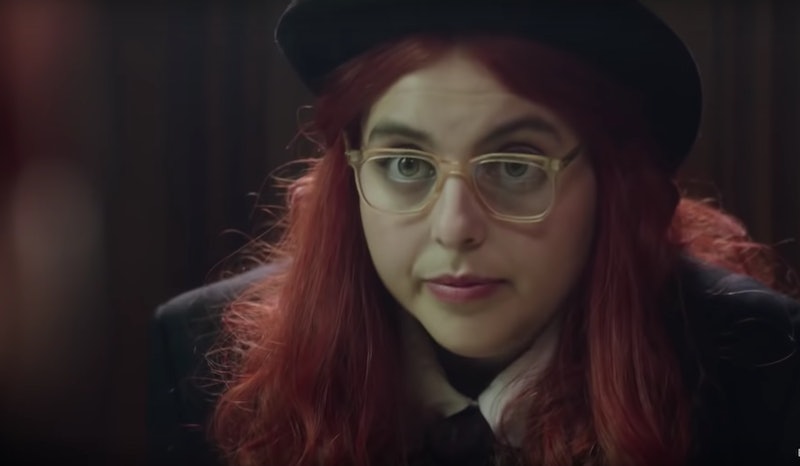 There's nothing quite like the unique ratio of excitement and fear when a much-beloved book is adapted for the silver screen. So when the news broke last year that Caitlin Moran's hit novel How To Build A Girl was to be made into a movie, fans of the author went into overdrive. And anticipation is now reaching stratospheric levels as the UK release date for How to Build a Girl has been announced.

The film had its official UK premiere at the Closing Gala of this year’s Glasgow Film Festival on International Women's Day (March 8 2020), and was followed by a Q&A with Moran and director Coky Giedroyc. Obviously not all of those keen to see the film were able to squeeze into the cinema and TBH tickets sold out pretty sharpish.

In light of the ongoing COVID-19 crisis, the film will not be coming to cinemas but will instead be available to stream on demand – and thankfully, there isn’t too long left to wait, because How to Build a Girl is coming to Amazon Prime on Friday, July 24 here in the UK.

In a statement regarding the film’s release, the CEO of Lionsgate UK, Zygi Kamasa, described How to Build a Girl as “one of the most hotly anticipated” British independent films, adding her belief that Amazon Prime Video makes for “the perfect home.”

“Although we had planned a wide theatrical release for this film, given the current climate, we believe Amazon Prime Video is the perfect home to enable consumers to see and enjoy it immediately. This is a fantastic opportunity for us to bring great films to people at home more immediately and it is the light relief that we all need during this time,” Kamasa explained.

Set in 1993, How to Build a Girl is about a fat, bright, funny, working-class Wolverhampton native called Johanna Morrigan. At 16 years old, Morrigan decides to move to London, leaving her crowded family home and less-than-glamorous life behind. All in the interest of reinventing herself into the cool AF music critic called Dolly Wilde. But the question is — will becoming Dolly Wilde be the right decision after all?

Although the film is set in the UK's Midlands, Morrigan is played by U.S. actor Beanie Feldstein in the upcoming film. Many will recognise Feldstein from her recent roles in films such as Lady Bird and Booksmart and the hit TV show What We Do In The Shadows.

Undertaking a role that had such a different accent than her own was definitely a challenge to Feldstein. Speaking with Deadline, she said, "I'm not a wizard with accents", and explained that in order to perfect her accent she went deep undercover in the most unexpected way. "I went to Wolverhampton for three weeks and I worked in a store there, speaking in the accent the whole time", she said. "That's what definitely kicked it into high gear."

How to Build a Girl is available to stream on Amazon Prime on Friday, July 24.