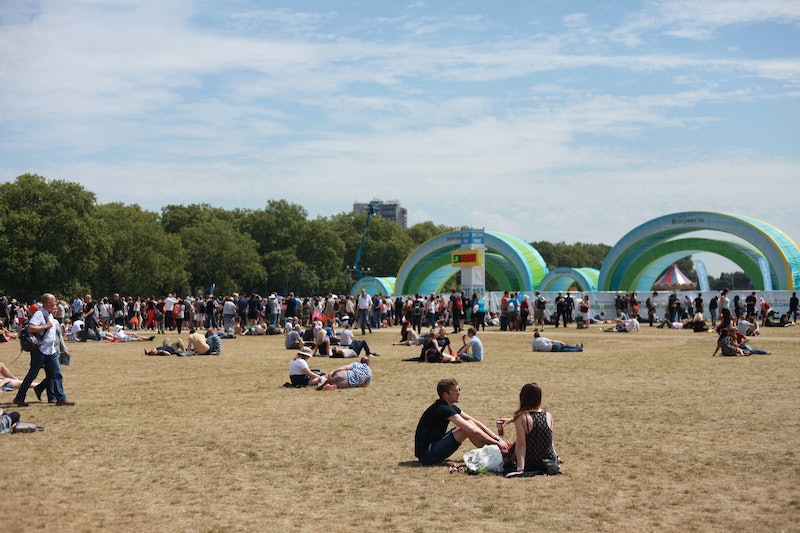 Editor's Note: In the wake of the coronavirus pandemic, BST Hyde Park has been cancelled, along with a number of other festivals and high-profile events including Glastonbury, Lovebox and the Eurovision song contest. The below was written before it was cancelled.

It might be a bitingly cold January, but ‘tis the season to start making summer holidays plans and booking festivals. Line ups and tickets are coming through thick and fast, including British Summertime (BST) Festival, where Kendrick Lamar, Post Malone, and Taylor Swift have been announced as headliners. But what else do you need to know about the festival?

BST Festival 2020 will take place in Hyde Park, London, over the space of two weekends with six concert days. They will be on July 3-5 and July 10-12.

Who are the headliners at BST Festival 2020?

British Summer Time has already announced some of the headliners for the other dates of the festival, and tickets are selling like hotcakes. The headline act for each day will be the final performance up on The Great Oak Stage.

Rapper Post Malone, known for his unique blend of hip-hop, pop, and trap, will be headlining on July 2. The younger artist has been nominated for six Grammys and was catapulted into the limelight with his debut album Stoney.

Two-time BRITs winners Little Mix are the headliners for Saturday July 4 before hip-hop icon Kendrick Lamar takes over centre stage the following day. Lamar won the prestigious Pulitzer Prize in music in 2018, making him the first non-jazz or classical artist to do so. On top of that, he’s won a casual 13 Grammy’s and six Billboard Music Awards — to name just a few.

Legendary Seattle-based rock band Pearl Jam are headlining on Friday July 10. Pearl Jam have sold more than 85 million albums worldwide and are part of the Rock & Roll Hall of Fame, so it's not wonder their BST performance has already sold out...

Finally, Taylor Swift will be taking on the main stage come July 11. Summer is set to be a busy time for the Lover singer, who is touring all over Europe, the U.S., and South America during June and July.

Who else is performing at BST Festival 2020?

Little Mix will be joined by special guests Rita Ora, Kesha, and Zara Larsson on their BST performance day. Alongside the line up with Lamar on July 5 is James Blake, who is back with a fourth studio album Assume Form (one of the Guardian's best album of the year). Brittany Howard, from the award-winning band Alabama Shakes, will be headed down to Hyde Park on July 5 too.

The Pixies and White Reaper will be joining Pearl Jam on July 10, but Taylor's special guests are yet to be announced... watch this space.

How to buy tickets for BST Festival 2020

Tickets for July 4, July 5, July 11 are on sale now from AXS or Festicket. (NB: General admissions tickets are already gone for July 11, but there are other tickets going.)

There's sad news for Pearl Jam fans, as those tickets are already totally sold out. But stay tuned for news about re-sales.

To see Post Malone on July 2, mark Feb. 14 in your diary. Tickets go on sale to the general public at 9 a.m. that day. (American Express cardholders can get tickets a little earlier, on Feb. 11).

More like this
How To Buy Tickets For Beyoncé’s UK Renaissance Tour Dates
By Shahed Ezaydi
Ed Sheeran Played A Surprise Gig At A Hobbit-Themed Pub
By El Hunt
Harry Styles Had A Major Stage Malfunction At The Grammys
By Darshita Goyal
Here’s How You Can Watch The Grammys 2023 In The UK
By Emma Madden and Catharina Cheung
Get The Very Best Of Bustle/UK
Sign up for Bustle UK's twice-weekly newsletter, featuring the latest must-watch TV, moving personal stories, and expert advice on the hottest viral buys.