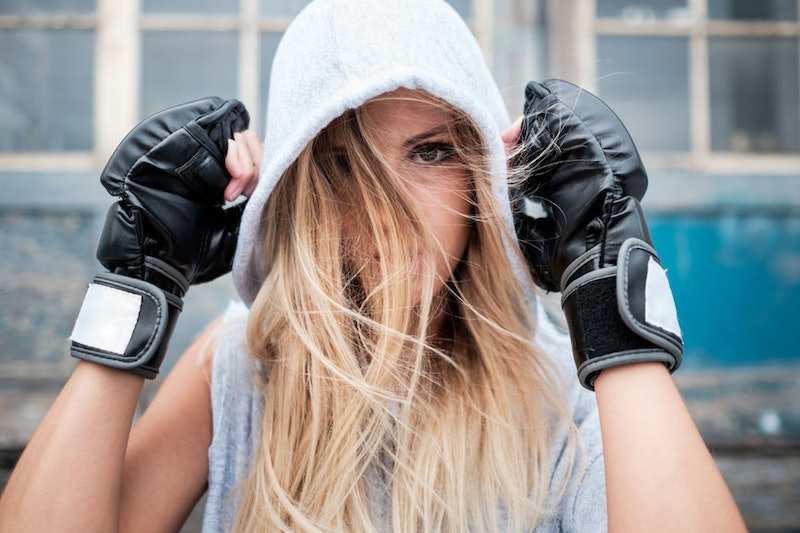 I remember my first love. Who doesn't? Such blind hope and optimism, bolstered by ladles full of blissful ignorance. No matter what anyone says, you know it is forever and that's that. Sorted. Put a fork in my single life, it is done. Right, well for most people that is super duper not the case. In fact, sometimes first loves can be the worst. So what do you do if it goes belly up? How do you get over a toxic relationship?

Rod Stewart was not pulling your leg when he wailed that the first cut was the deepest, because it really is. The all-encompassing agony of a toxic relationship can really bring you to your knees and make you reach rock bottom.

There are a lot of signs that you are in a toxic relationship. However, the main one is that you know it yourself deep down. No matter what you say or force yourself to think, you know in the pit of your stomach that it is wrong. Yet, like an addiction that you know is destructive, you keep on trucking. Being freed from the chains of a toxic relationship should, in theory, be like Beyoncé singing Freedom up on stage. Like this, this is what it should feel like:

In theory, being more Bey is always the best option. When they go low, you go high and so on and so forth. Yes, like I said, in theory.

After a relationship that was literally two and a half years of on-again, off-again, hell and chaos, the final end was too much to bear. I recall lying in my friend's bed just screaming, I couldn't stop screaming. You know that obsessed ex you have? Or you've heard about? That was me. Lots of texts, lots of calls, lots of emails. The whole shebang. I went berserk. Full bust the windows out ya car berserk. What I now know and recognise as a breakdown. Imagine a car speeding in fifth gear, screeching down the highway, heading for a massive road traffic accident — well, that was my mental health at the time. I hit rock bottom, full face plant, belly flop, chewing pavement, and went from being in the gutter looking up at the stars to just, well, being in the gutter looking at the gutter. It is not nice down there I'll tell ya.

So what did I do to get through it? Honestly? To begin with, I got wasted. Oh yes. If I went to a club and it had a pole in it? I would get on that pole. If someone said "shots?" I would have shots. It was party hard, work hard. Too much booze, too much food, too many dates, too much of everything. I was just too much. This negative and constant self-punishment was a toxic relationship hangover. She didn't want me so nobody would, right?

So when hitting the bottle got boring and I tired of pole related injuries, it was time to build again. I began to do things for myself. Not doing things because I was heartbroken and missed her. The balance began to change and my life wasn't about missing/needing/wanting my ex but about missing/needing/wanting to get back to my true self. Suddenly my playlist was less about not being able to live without my ex and more about like, bye bye basic.

I got on my bike and I made the trip down the gym every now and again, if only for gym selfies. I was revenge bodding, which I found a really great focus. Also in the grand scheme of things, it was far less damaging than a) the relationship itself, b) my behaviour in the relationship, c) my behaviour immediately after it, and d) insultingly bad pole dancing.

Musician Henry Rollins once said: "Scar tissue is stronger than regular tissue. Realise the strength, move on". In the whole mottled jigsaw that is breaking down and then putting yourself back together, you are bound to make countless mistakes and definitely end up with a product which is changed. The most important thing to remember is that no mistake is futile because mistakes are magic, they are our super power. You learn and grow from them in a way that only you can.

Those scars don't go, they never do, but what is left behind is a stronger, more astute, resilient you that is not going to take anyone's crap anymore. The most important relationship in your life is the one with yourself.

You are your ride or die from death do us part. No matter what societal pressures make you feel as a human being, you are better than fine on your own. Remember you are stronger than that. You are magic.