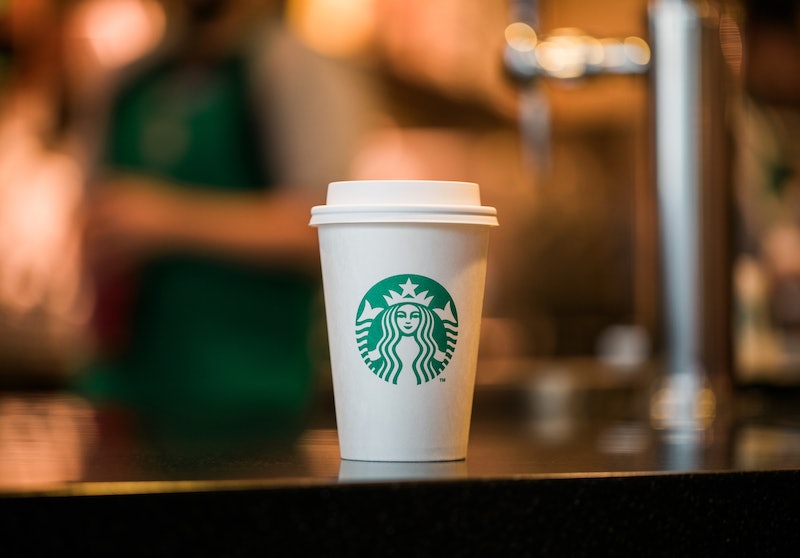 The Starbucks Leaf Rakers Society Facebook group is delightful year-round (source: I’ve been a member since it debuted in 2018), but it’s especially wonderful during the fall — for, perhaps, obvious reasons. This year, for example, the Leaf Rakers have been sharing all manner of fun fall drinks beyond the basic PSL to the group — which is how I learned how to order “chai-der” at Starbucks. What is chai-der, exactly? The short version is that it’s a chai tea-apple cider — but it turns out that there’s a lot more to it than just that. Chai-der as a concept, you see, has been around for quite some time; as such, there are numerous ways to order it — and not just at Starbucks, either.

The earliest mentions of chai-der I’ve dug up on the internet date back to 2006 (although of course it’s likely the combination is much older than that). Urban Dictionary, surprisingly, has a definition for the stuff; submitted on Oct. 10, 2006, it reads, “A deliciously splendid beverage consisting of chai and apple cider. It’s pretty much the best drink ever.” Blogger Jule Ann Wakeman also included a tip on how to order chai-der at Starbucks in a post about Starbucks drink menu hacks published on Nov. 18, 2006. A variety of coffee shops — many of which are independent — have also included chai-der on their seasonal fall menus over the years; what’s more, recipes for making chai-der at home can be found on numerous food and cooking blogs and websites.

But, say you’re specifically a Starbucks enthusiast. If one were to attempt to order a chai-der at your favorite Seattle-based coffee purveyor, how would one go about it? The Leaf Rakers, as well as Jule Ann Wakeman, have a couple of suggestions (since, y'know, you can't just ask for it by name, as it's an off-menu item). The key usually lies in the use of apple juice — steamed, typically — and the chai concentrate Starbucks uses in their Chai Lattes (although unlike the Chai Latte, there’s no steamed milk in a chai-der). Depending on how sweet you like your drinks, you can ask for any of the following:

If you want to get fancy, you could also add a topping; whipped cream, a caramel drizzle, and/or the Pumpkin Cold Foam have all been put forth as promising-looking options.

It’s worth noting that although none of these drinks are outrageously customized — you’re not, like, adding tons of syrups or asking for extremely specific preparation methods — you still might have a little bit of trouble ordering them via the Starbucks mobile app. The app can be a great time-saving tool, as well as a godsend for anyone who really, really doesn’t like interacting with other humans; however, the customization menus are pretty limited in scope. For example, the “Flavors” menu, which is where the flavored syrups all live, doesn’t include chai concentrate as an option.

But if you’re willing to order in person, these suggestions should get the job done. Enjoy!