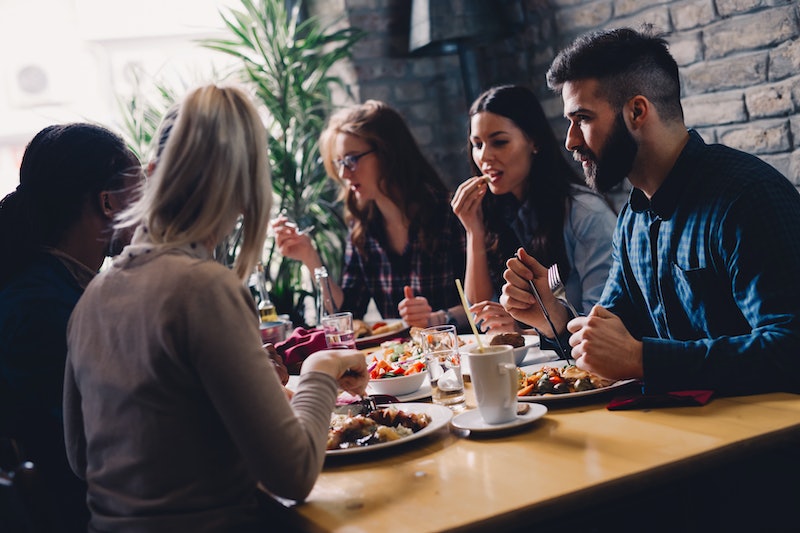 Many of us have been in this awkward situation: You go out to a bar or restaurant with friends, and they order drinks but you don't. Then, you're all expected to split the bill evenly in the name of fairness. But it's not fair for you — because you didn't order drinks. You shouldn't have to pay for other people's orders, especially if you consciously declined drinks to save money.

Even if you know this, declining to pitch in can get uncomfortable. After all, it's easier to divide the bill by the number of people in the group than to calculate what everybody's spent. Sometimes, it's worth taking one for the team and cutting your budget in other ways, social skills and etiquette expert Rosalinda Oropeza Randall tells Bustle.

"If you spent $2 less than everyone else, it's likely not worth the hassle of insisting you pay your own way," Kendal Perez, savings expert with CouponSherpa.com, tells Bustle. "Establish a threshold you're willing to cover and whenever the total bill exceeds that amount, ask to pay for your dish separately."

But people shouldn't take issue with you advocating for yourself. "If they are your friends, they'll understand and accommodate, especially if this is temporary situation," says Randall.

Here are some ways to avoid getting stuck paying for drinks you didn't order without pissing off your friends.