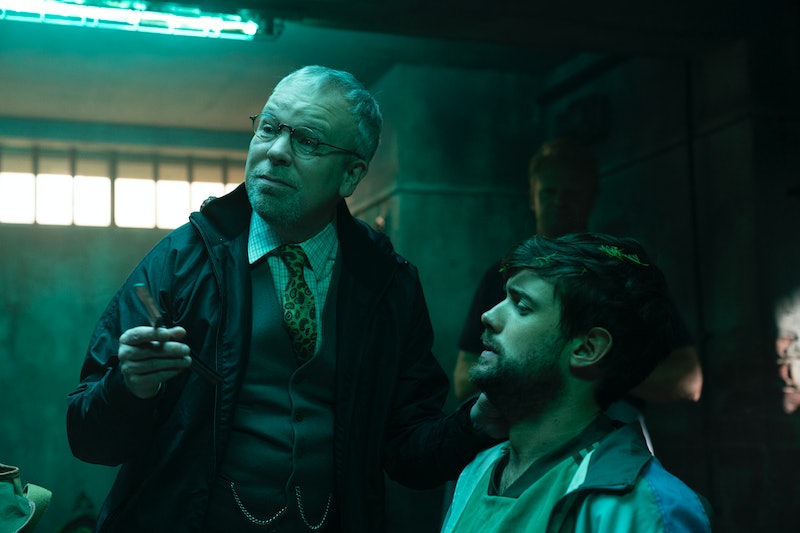 The second series of the Sky comedy-thriller Bounty Hunter begins this week, and will once again follow the shenanigans of Barnaby, a middle-class British antiques dealer who became involved in international organised crime by mistake. Jack Whitehall will return as the show's lead, whilst newcomer Steve Pemberton will join the cast as a villainous history teacher. The new series is set to begin airing on Sky One this week, so here's how to stream Bounty Hunters in the UK.

Good news for those worried they might have to wait to watch the series, you can stream Bounty Hunters series two on Now TV as it airs live on Sky One. Series 2 will begin airing on Wednesday, March 13 — and fans of the comedy are in for a treat, because all five episodes of the new series will subsequently be uploaded to Sky's on-demand service. In addition to Whitehall, who also co-writes the series, the cast of the new series includes American actor Rosie Perez as bounty hunter Nina Morales, Charity Wakefield as Barnaby's sister Leah, My Family actor Robert Lindsay and Sophie Thompson as Whitehall's on-screen mother.

Perez, who plays the professional bounty hunter Nina Morales in the Sky comedy, has previously discussed her part in the show. She told the Daily Mail, "Nina’s a great role. There’s a lot of action in the show. I do a lot of stunts and I’m championing all women of a certain age — showing that we’re still capable. Although I love Angelina Jolie and Michelle Rodriguez I’m neither of them," she then added "I told Jack I want to make Nina a real woman. The show’s funny but it’s not over the top. We had to make sure we kept it based in reality. After all, the stakes are high. Both Barnaby and Nina’s families are in danger of being killed. We both agreed that if we didn’t play that straight it wouldn’t work."

Whitehall has also spoken of his enjoyment at getting the chance to both play, and co-write the character of Barnaby. The A League of Their Own star said "Barnaby’s repressed, quite highly strung and he’s been living in the shadow of his father. I wanted him to be a bit like Michael Douglas in the film Falling Down, a character who has kept everything locked up, but then over six episodes you see him break, and he loses it."

The comedian, who recently hosted the BRIT Awards for the second time, went on to discuss how a seemingly useless bit of knowledge he obtained at university ended up being very useful during the creation of Bounty Hunters. As reported by the Daily Mail, he said "I also loved that after years of joking that my own brief time as a history of art student in Manchester learning about 17th-century Flemish textiles would never be of any use, that’s all changed because we made it Barnaby’s background. I’ve written a show with textile-based humour!"

The second season of Bounty Hunters starts on Sky One and Now TV on Wednesday March 13.