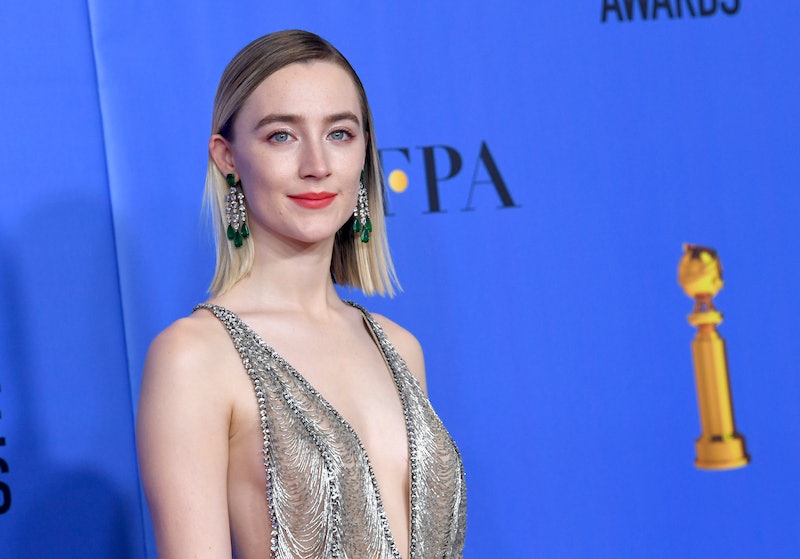 While you may be in the midst of solidifying your New Year's Eve plans, there's another important date you should mark in your calendar: the 2020 Golden Globes red carpet on Jan. 5. The award show is the first of the 2020 award season, and thanks to the fact that it honors both film and television, all of your favorite celebrities will be hitting the carpet. If you don't happen to have cable, though, you may be wondering how to stream the Golden Globes red carpet. There's good news because there's more than one way to watch all the pre-show festivities.

Many who have cable will likely be tuning in to E! to watch Ryan Seacrest and Giuliana Rancic interview celebrities live on air, but traditional television isn't the only place E! will be offering coverage. The network will have exclusive second stream coverage over on its Twitter account beginning at 5:40 P.M. ET. The network will also be hosting Instagram takeovers that give fans exclusive interviews and behind the scenes look from the carpet if they can't watch live on air.

E! isn't the only place to catch all the red carpet action, though. Entertainment Weekly will also be offering social media coverage of the event over on its Instagram.

Speaking of the nominations, there will be no shortage of star power on the 2020 Golden Globes red carpet. Fans of Amazon's The Marvelous Mrs. Maisel can expect to see star Rachel Brosnahan on the carpet and potentially some of her costars as well since the show itself (alongside Brosnahan) garnered a nomination. Fleabag writer and star and executive producer and show runner of Killing Eve, Phoebe Waller-Bridge will likely also appear given that both of her series (as well as herself) were nominated.

Of course, there are also the musical heavy hitters. Both Taylor Swift and Beyonce are nominated for Golden Globes in 2020. Swift snagged one for her work on Cats while Beyoncé's nomination stems from her song "Spirit" on The Lion King soundtrack. Only time will tell, however, if either famous woman decides to appear on the carpet.

Regardless of whether you have cable or not, you'll still be able to catch all of your faves on the 2020 Golden Globes red carpet live stream.