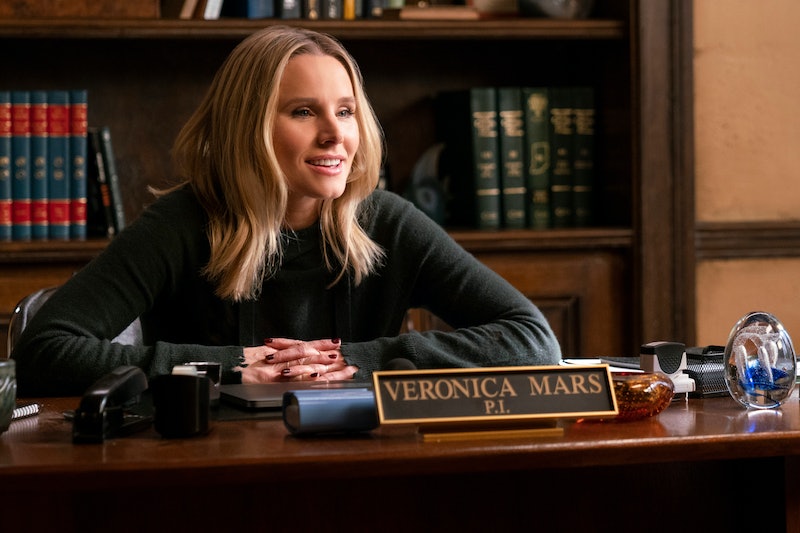 Veronica Mars fans across the globe are currently pretty darn delighted with the news that their favourite detective is back. Yes. The blonde-haired, previously far-too-young-for-her-job detective is back on our screens. Fighting crime in the seemingly not so safe town of Neptune and bringing all the acerbic wit and LOLs that made us all fall utterly in love with her in the first place. So, for stans over this end of the pond, finding out how to watch Veronica Mars in the UK is not only important, but vital.

OK so the show is being produced and streamed by Hulu. The U.S. based streaming service behind the likes of Shrill and The Handmaid's Tale. So, a service that produces some pretty awesome content but sadly isn't available in the UK. I know right? Such a bummer. I contacted Hulu about if and when season 4 of Veronica Mars would be available over here and I will let you know as soon as I hear anything about the whole situation. As I'm sure you know, TGhe

However, in the meantime, you might be in need of a refresher. Seasons 1-3 of Veronica Mars are available on Amazon now, along with the film that was crowdfunded by eager fans.

The show is all about the life of Mars, played by Kristen Bell, the daughter of a private investigator who becomes increasingly keen to get involved in her father's line of work. They live in the fictional town of Neptune, which, despite being pretty boujee, has a very grimy underbelly. And a crime rate that may make it even worse than the murder capital of the UK, if not the world, Midsomer. However, crime and murder is about the only things these fictional towns have in common. Boy oh boy, is Neptune fabulous.

White sandy beaches, impossibly attractive residents, gorgeous houses, and a shed load of moolah makes for one seriously des res. Well, like I said, apart from all that awkward murder situation.

As Bustle has previously reported, the fourth season appears to pick up roughly five years from where the movie left off, taking place "sometime now," — AKA 2019. Mars finds herself back and pulled into another criminal situation in her hometown After a bomb goes off at a public event in Neptune. The detective springs back into action and is on the case. And, as well as a lot of familiar old faces, there are a whole load of new ones in this series too.

I am sure a lot of fans are relieved as I am that all that cashish Bell will have made from the Frozen franchise hasn't dissuaded her from taking part in the new season. As a matter of fact, in an interview with TV Line recently. when asked about potential future seasons and if she would be keen to be a part of them, the actor said:

"I told [series creator] Rob Thomas that I will do Veronica Mars until it's Murder, She Wrote. I will keep doing this show until everyone in Neptune is dead."

So, perhaps that means season 4 won't be the last time we see Detective Mars in action. Here's hoping.

More like this
'The Last Of Us' Has Officially Been Renewed For Season 2
By Darshita Goyal
'Bridgerton' S3 Will Show A *Very* Different Side To Kanthony
By Sam Ramsden
Turns Out George Clooney Is A Huge Fan Of This Classic British Game Show
By El Hunt
Rupert Grint Just Shared A *Major* Update About Ron Weasley’s Future
By El Hunt
Get The Very Best Of Bustle/UK
Sign up for Bustle UK's twice-weekly newsletter, featuring the latest must-watch TV, moving personal stories, and expert advice on the hottest viral buys.