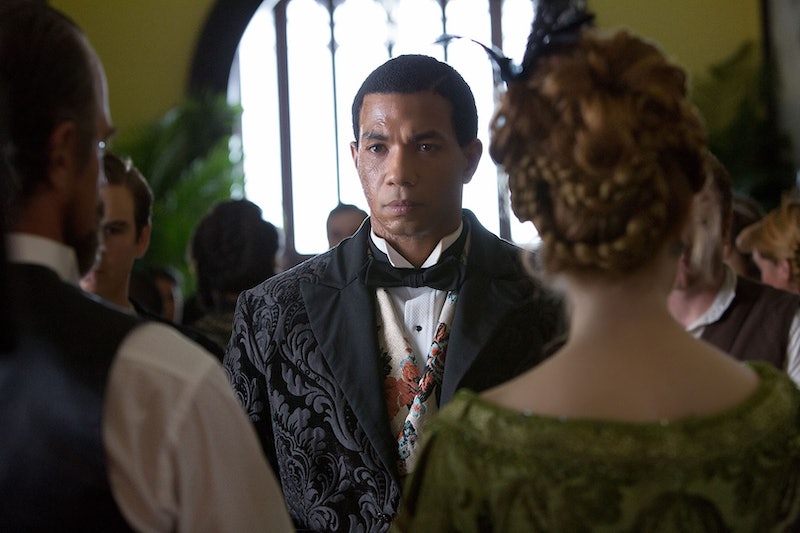 If you thought Season 1 was amazing, then you definitely shouldn't sleep on Underground Season 2. The stories of the remaining Macon 7, as well as their families and friends, are getting so deep. And as far as I'm concerned, Underground's Cato just may be the greatest TV character of all time. Spoiler alert: We're following a very pregnant Rosalee (Jurnee Smollet) on her journey to finding her beau Noah (Aldis Hodge), and seeing a whole new side of Ernestine (Amirah Vann) that fans didn't expect. All of the characters have so much depth, but witnessing Cato's (Alano Miller) growth has definitely taken the cake for me.

Cato has a lot going for himself in Season 2. To start, he lucked into a ton of cash — which he would tell you is rightfully his — and is the "master" of his own plantation in Ohio. Over the past five months, the former overseer has experienced what it's like to be a free man, not only in America, but abroad. And, in Episode 4, we get to know a little more about the man behind the scar. He's no longer the "Uncle Tom" that Black Twitter has pegged him to be. Cato is now a hero-in-disguise to fans, and he's being celebrated as such. But before the world professed their love for Cato, I had already been captivated by the sociopath since Season 1.

Sure, he's dangerous, moody, and bit narcissistic, but that's what has intrigued me the most. The way he's able to bury the pain of losing his wife and child to the depths of slavery is remarkable. I don't know one sane human who would be able to do such a thing — to walk around, not skipping a beat. He hides his torture well.

He's always looking out for number one and will step on anyone to get to where he needs to be — and in the case of Season 1, that's free. What he'd plan to do with freedom remained to be seen until Season 2, Episode 4, but I bet a lot of fans expected it to involve clawing his way to top of some rich town's social status. That's exactly what happened for the most part, yes. But we later learn that it's all part of his plan to overthrow the government, in the hopes of abolishing the very thing that tore his own family apart: slavery. But I'm not surprised. I knew that, of anyone, this Macon 7 O.G. would be the character to fight to the death to do so. Whether it would be to stroke his own ego and be the face of the karma coming to bite every slave-enthusiast in the butt, or to be of service to every enslaved man, woman, and child so that they could have a better life, Cato would be the one to deliver.

This character has so many layers, and I'm not too sure that we'll get to see all of them unravel fully. He opens up just enough for us to know where his source of pain lies, and then shuts off before we learn too much. And we see a perfect example in his brief romance with Devi (Rana Roy) in Episode 4. In the moments when we expect him to let his guard down, he doesn't. And when we think it's too risky for him to do so, he does anyway.

Unlike fan-favorite Noah, Cato doesn't let loyalty stand in his way of reaching the other side. But he doesn't shy away from it either. He's not some evil man hiding behind a mask. He wears his wickedness on his sleeve. Cato isn't the face of a perfect villain, but he's not the most honorable soldier either. He's just a beautiful disaster wanting to shake stuff up, and I'm here for it.

He's dynamic. He's gritty. He's somehow conniving and trustworthy at the same time. He means business. And that's why I love him so much.