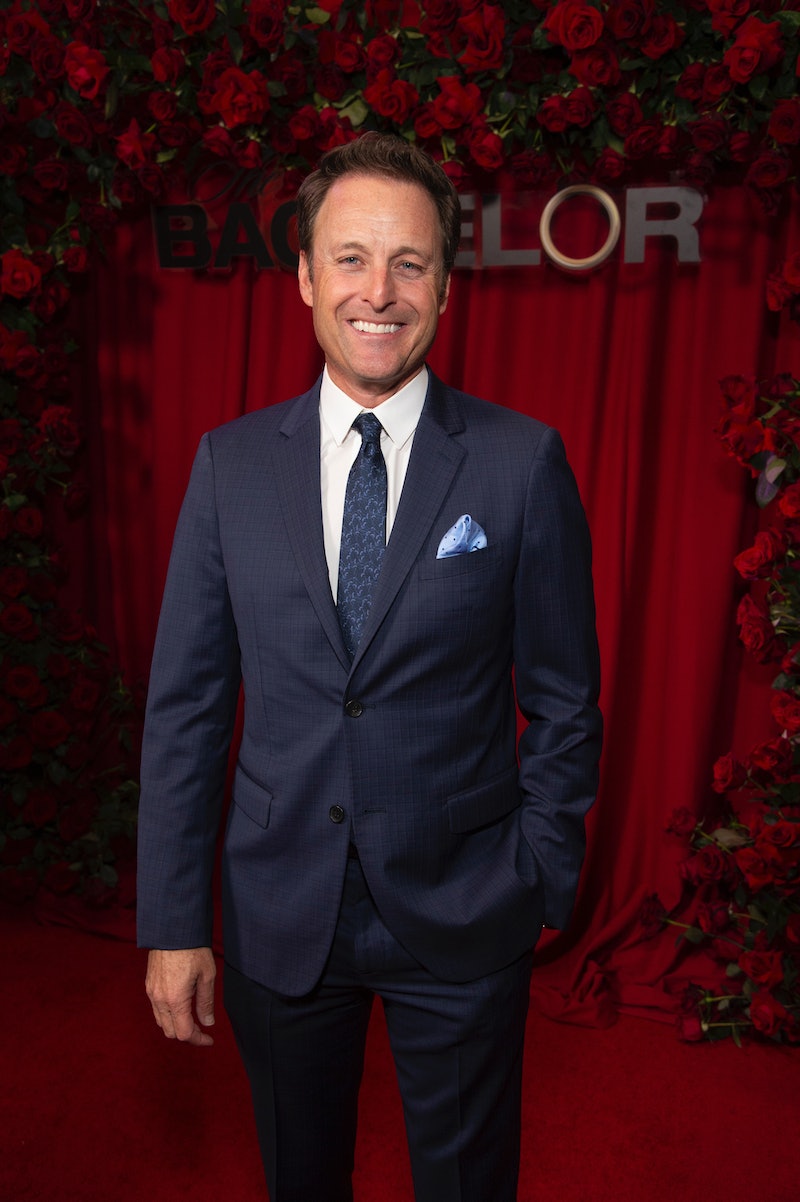 As the spread of COVID-19 continues to affect the production schedules of TV shows and movies, Chris Harrison shared how the coronavirus will impact The Bachelorette. Clare Crawley's season hasn't been delayed by the outbreak, but the reality series is taking steps to ensure the safety of the cast and crew. As a result, Bachelor Nation fans may notices some changes to the show's usual format — most notably, there will be no jet setting for Clare and the men vying for her heart.

In a March 11 interview with Entertainment Tonight, Harrison shared the steps that ABC and the production team are taking to keep everyone safe this season. "We're not going to be doing the elaborate all-around-the-world tour, because you just can't right now," Harrison said. "So, we're going to stay obviously around the United States, and closer to home when we go on set. There are massive amounts of handwashing stations. We are having a part of a trailer where we will have a doctor. You can be checked out. So, there's a ton of precautions being taken."

Traveling to foreign locales for extravagant dates has become one the franchise's go-to moves. Originally, Clare's season was going to be no different; Harrison told ET that the show had planned destination shoots before it became clear just how quickly COVID-19 was spreading. While the complexities of traveling to other countries has delayed new seasons of reality stalwarts like The Amazing Race and Survivor, The Bachelorette has found a way to forge ahead with the show despite having to nix the travel abroad aspect.

"The good news is, once we're all on campus, it's a little bit of our own self-quarantine," he explained. "Once you're there, you're really not leaving. We're taking other precautions about how we're going to fly this season, where we're going to... we're staying away from the bigger cities, bigger metropolises where there is a bigger concentration of people."

Keeping The Bachelorette on track for its May 19 premiere is proving to be much easier than putting together The Bachelor Summer Games. The series, which includes international contestants, was set to begin airing this summer as Olympics counter-programming, but with the Olympics up in the air and travel bans making it impossible to get contestants into the U.S., Harrison isn't feeling confident about the show's future. "All these people coming in, that's going to be much harder, and I'm not sure we're going to be able to do it," he said. "So, nothing official, but it's probably highly unlikely at this point that we could pull this off."

Things aren't looking good for Summer Games, but if all goes as planned, Clare's search for love won't have to be postponed due to the coronavirus.