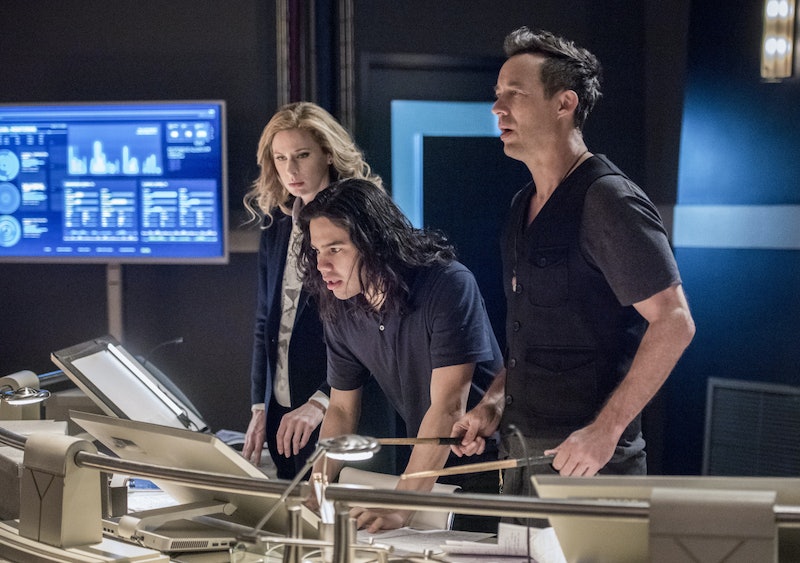 HR really goes above and beyond in The Flash Season 3 finale. Not only does he play a critical role in the fight against Savitar, he essentially defeats him single-handedly. HR saves Iris on The Flash, becoming the hero he always dreamed he'd be. Unfortunately, to be a hero sometimes requires sacrifice, and HR's fate was to die for the greater good in "Finish Line."

Yep, all those fan theories saying that the Iris West killed by Savitar at the end of the season's penultimate episode was actually HR in disguise were right. It turns out that HR disguised himself as Iris using his advanced tech from his Earth, disguised Iris as himself, and then, before she could stop him, incapacitated her so that he could take her place. When Savitar stabs Iris, he's really stabbing HR, and, just as Iris was supposed to, HR dies before Barry or anybody else can save him. Before he dies, he tells Barry to give a message to Cisco, which was later revealed: "This took strength and he gave it to me." It might have taken Cisco a while to warm up to him, but there's no denying that the two had a special bond. HR will be missed.

HR's death won't just have a big impact on Cisco, it will also likely affect Tracy Brand. The physicist had grown close to HR — they were soulmates — and now he's dead. The season ended with Barry taking Savitar's place in the Speed Force prison, the one Tracy created (or creates in the future). If Team Flash has any hope of getting Barry back, they're going to need Tracy to do it. Hopefully, Harry's return from Earth-2 will help Tracy stick by Team Flash after what happened to HR. Harry and HR can't replace each other, but I have to admit, I'm excited to see them try.