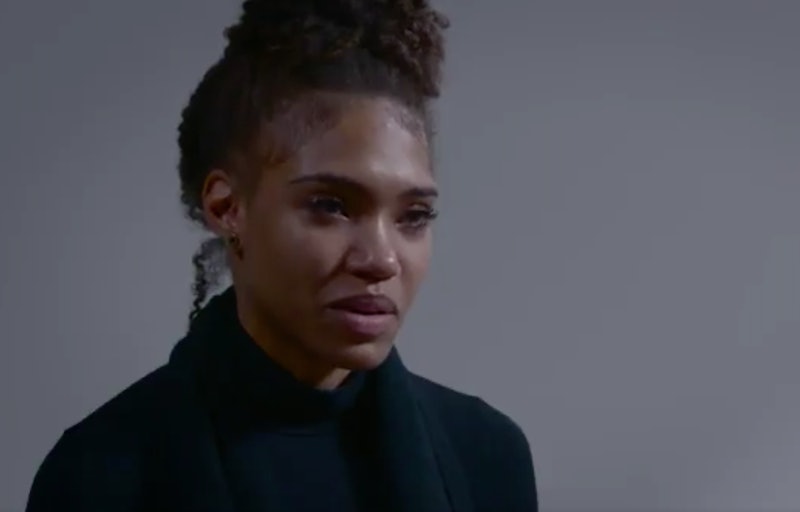 After the internet was understandably in an uproar over Hurt Bae, the newest internet celebrity, and the ex who broke her heart, it turns out there is a happy ending — Hurt Bae is in a relationship now, and much better off for it.

UPDATE: There are currently two accounts claiming to be Kourtney on Twitter, under the handles @realcreolekourt and @creolekourt. The same email is listed on both accounts; Bustle reached out to that email and received a response that @realcreolekourt is the real account Kourtney is tweeting from, and she said she is not speaking about her relationship status at this time.

If you're unfamiliar with the concept of Hurt Bae, then maybe you have not yet experienced the gut-wrenching few minutes of a video posted on Valentine's Day by The Scene, which featured a woman named Kourtney talking to her ex-boyfriend, Leonard, about how their relationship ended. During the video, Leonard discusses — seemingly without regret — how many times he cheated on her during their relationship, apparently enough times that he lost count. And in case the viewer wasn't already reeling from this confession, it only gets more painful to watch when Kourtney gets visibly emotional, accepts it, and then says that she forgives him because he's still her "best friend". (RIP, literally everyone on the internet.)

Since then, the internet labeled Kourtney "Hurt Bae" and then rallied to her defense so hard that she became a trending hashtag on Twitter. Whether they are tweeting out of rage, out of empathy, or out of the sheer absurdity of it, Hurt Bae is on everyone's minds today.

Given the circumstances, exactly NONE of these tweets are surprising:

Unfortunately, since Kourtney's post went viral, a Twitter account that has amassed a large following is claiming to be her online and is making claims that she is currently in a new relationship. As noted in the above statement, Bustle reached out to Kourtney through the email provided on her Twitter at @realcreolekourt and her Instagram on @creolekourt, where she confirmed that those are the accounts she actually holds and is declining to comment on her relationship status at this time — but regardless, clearly she is in an awesome place.