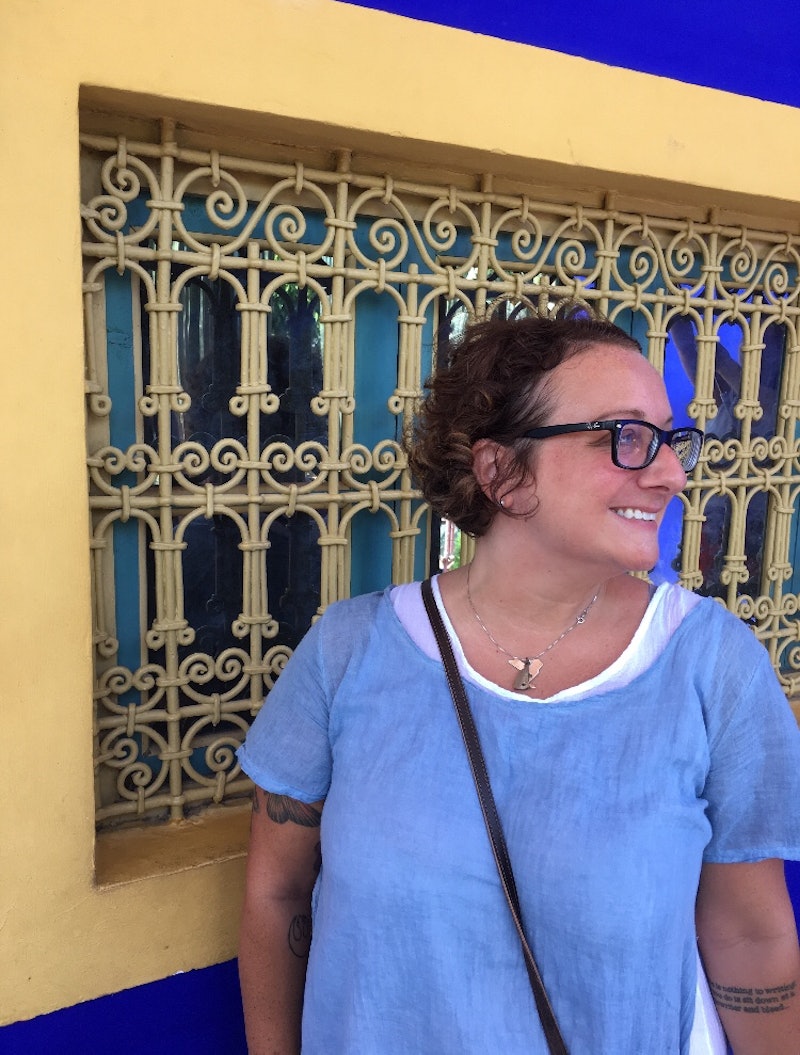 I first went on the Pill when I was 19. Although I had been having sex, with condoms for a year with my first boyfriend, the Pill was mostly for cramps. I had debilitating cramps throughout junior high and high school, and the Pill was a godsend. But still my boyfriend and I stuck to using condoms too. While a lot of teenagers might have the thinking that they’re invincible, my thinking was if something bad was going to happen to somebody, that somebody would be me. Getting pregnant at 19 would have been bad for me.

Throughout college and into my early 20s, I stayed on the Pill. Even when there were months that I didn’t have sex, I always took it diligently. It was memories of those cramps that had me taking it so religiously. But, once I got to New York City, I wasn’t taking the Pill as I once did. But, to my surprise, I didn’t have the cramps I had in my teens, so as long as I was using condoms, everything was OK.

Not quite. In 2005, while in a pseudo-relationship, as I’d categorize the majority of my adult relationships, I got pregnant. The reason? Easy: we stopped using condoms and I was lax about taking the Pill. Granted, I didn’t think I was so lax that I could possibly get pregnant, but there it was and I, being pretty much a kid myself, chose to get an abortion. I never once regretted it, never looked back, and pocketed it as a life lesson.

But because I wasn’t ready to give up my hard-partying ways, after the termination, my gynecologist suggested I try NuvaRing. Pop it in for three weeks, take it out for a week, and without the hassle of thinking about the Pill every day, it seemed like a fit. We had briefly discussed the IUD, but not having insurance, I couldn’t afford it. And although my parents were financially helping me out at the time, I wasn’t about to ask them if they could foot the bill for contraception too — no matter how much they both agreed I wasn’t exactly mother material.

While it works for some people, I hated the Ring. I could not, for the life of me, keep it in me. Whenever I pooped, out popped the Ring. At some point, there’s only so many times that you can fish through your own shit, retrieve something, wash it with antibacterial soap and scalding hot water, until you realize that maybe, just maybe it’s not a fit — literally and metaphorically. So I got back on the Pill and stayed on it for years.

When I got married and the discussion about me getting an IUD came up, although I could afford it then, I couldn’t get around the insertion process. Just the doctor describing it to me had me feeling woozy and on the brink passing out. Even now, with no serious thoughts about an IUD in sight, I get sick to my stomach. So I've been on the Pill, intermittently, depending on what was going on in my personal life.

Then, I got pregnant on the Pill again this past summer. The circumstances in which this happened were 180 degrees from those in 2005, but still there I was, pregnant for the second time in my life and, yet again, still not mom material. I had reached an age where my friends were either getting pregnant on purpose or struggling with fertility issues, and I showed up to the party unannounced and uninvited. This time around, I didn’t have a choice in the outcome. Before I could make my official decision, I miscarried the fetus which was, in some ways, a saving grace, but also a loss in other ways.

So here I am with two pregnancies under my belt and still clinging to the Pill as my preferred method of birth control. Why? Control. I need to have control over the situation. While the IUD does give me the creeps, from a physical aspect, I also know that I don’t like not having control over something. Although I may not have been the most responsible person in my 20s when it came to taking the Pill, at least I had control. In having control, I can take the blame — or, if I want to live in denial, pass it off onto something else. I have the first, last, and middle say. As much as it may infuriate me that men don’t carry the responsibility of hormonal birth control the way women do, what would piss me off even more would to have that control taken away from me; I need that regular sense of autonomy. I realize the choice to get an IUD also offers autonomy for some, but I just can’t, no matter how hard I try, get behind it as being a personal option. But that’s me; many of my female friends have it and love it.

However, I resolved to make an amendment to this. As it's clear that the Pill and I have had our issues, I've decided that condoms will be a necessary part of my sex life going forward. Until I decide to have a baby, menopause hits, or I my need to control everything erases from my personality, I'm playing it extra safe. I'm not going down that pregnancy road a third time unless I'm ready.