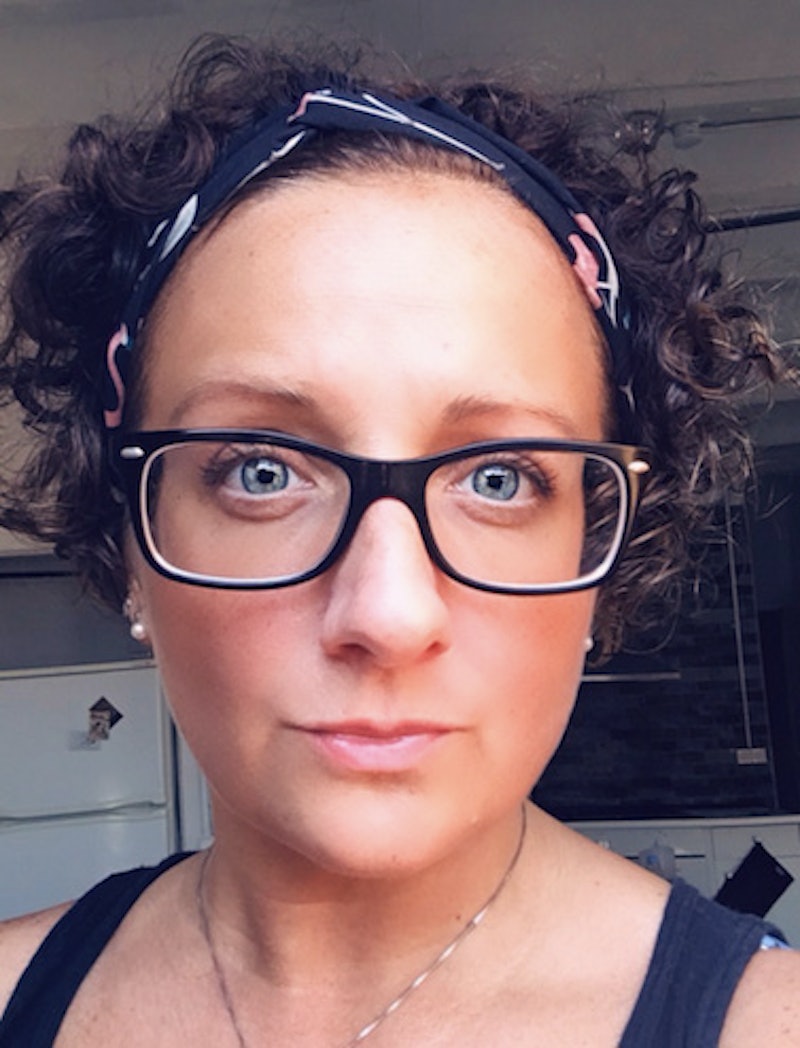 After my period was six days late, I finally decided to get a pregnancy test. I peed on the stick, and although the directions were in Spanish, as I’m in Spain at the moment, I could at least figure out I didn’t want two lines as a result. I got two lines; but the second line was very faint. I assumed it was a mistake. So, I went back across the street to the pharmacy and got a digital pregnancy test. A couple minutes later, there was no confusion or doubt. The ClearBlue test read: “Embarazada 2-3.” Pregnant; two to three weeks along.

I feared this was coming. Although I’m on the Pill and take it religiously, I was struck down with food poisoning while in Morocco that lasted almost three full days. While I did take my pills during this time — all of them, including my anti-depressants — nothing was staying in my body. Three days is a long time to go without birth control pills, and considering the fourth day I still wasn’t exactly up to par, although not as violently sick, it may as well count as a no-pill day, too. That’s four days. When my stomach finally settled, I doubled up for each of those days missed, but, as I know now, the doubling up didn’t matter at that point.

So when my period never showed up, on the dot, as it does when I'm on the Pill, I got nervous. But, having been stressed, depressed, and on death’s doorstep with that food poisoning, I assumed my body was just out of whack. But each day that my period didn't show up, the more concerned I got. But it also didn’t make sense. I’m 37; this isn’t exactly a prime fertility window for women.

This isn’t the first time I’ve been pregnant. The last time was in 2005 and I was, for lack of a better word, a kid. Like now, I was on the Pill then, but I was irresponsible about it. I missed days, I’d doubled up if I remembered, I’d forget it at home and sleep at my boyfriend’s house, and I drank to the point of throwing up more than I care to admit — I was a mess. It was my first year in New York and I was really living it up — as much as one can live it up on minimum wage in one of the most expensive cities in the world.

But now, 13 years later, the decision I made then and made so easily, is no longer easy. It’s actually really hard.

I was 11 weeks along back in 2005 before I found out I was pregnant. I had had no symptoms. I was still spotting once a month, something that was my “period” at the time on that particular Pill. I had no morning sickness, no weird cravings; nothing. The only thing that was difference was that I had breast tenderness unlike anything I’d ever known, but I chalked it up to PMS. I didn’t know at the time that such a thing was a sign of pregnancy. It was only at my annual exam that I was informed I was pregnant and I was roughly 11 weeks along. I had been almost into my second trimester — and had no idea.

Back then, the choice was easy: abortion. Not only did I feel like I was too young to have a baby, but I lacked all the things a mother should have, from financial to emotional to mental stability. I had also been drinking and partying, clueless to the fact that I had a fetus inside me, so I can’t imagine the damage that had caused. So, I got my abortion and never looked back. I never regretted it, I never felt bad, and I never second-guessed my choice. To this day, I stand by the fact that it was, hands down, the best decision of my life.

But now, 13 years later, the decision I made then and made so easily, is no longer easy. It’s actually really hard.

No one wants to get an abortion. No one wants to get pregnant, accidentally, and be forced into a position to choose. I certainly don’t want this. I didn’t want it 13 years ago and I sure as hell don’t want it now. I’m supposed to be not just older, but wiser, and I feel like I’m too old to have fucked up like this again. Granted, how I got here is different this time, but the result is the same: I’m a woman who has no business being a mother. Not then, not now, and not ever.

But there is still a struggle. Thirteen years ago I didn’t care much for the bartender who got me pregnant. I was just killing time with him. Now, the fetus inside me is 50 percent of someone I care deeply about. He’s someone who makes me laugh, someone I feel safe with, and someone who’s been a part of my life for the past two years. Unlike the bartender 13 years ago, whose name and face I’ve forgotten, I do not intend to forget this guy. I plan to always have him in my life; he’s someone I’ll never be able to let go of completely, because my life is more colorful with him in it.

How do you terminate a pregnancy when you truly love the person who got you pregnant?

Therein lies the problem: how do you terminate a pregnancy when you truly love the person who got you pregnant? We may not be relationship material, and I may not be in love with him, but hell, I love him as a human being, as a friend, as a buddy, as a downright awesome person. How do I separate the fetus from the baby it could be? A baby that might have my curly hair and his sense of humor; a baby that might have his dark-as-night eyes and my pizza obsession. I don’t know, and I’ve spent the last few days trying to answer that question and I come up with nothing but silence.

And it's not just my personal life that's changed. I will soon return to a country that’s being governed by a completely different administration than the one 13 years ago. While 2005 had George W. Bush in office, there wasn’t the war on women we see today. We didn’t have a president hellbent on unraveling the very fabric of the United States that makes it the unique country that is — or rather was. 13 years ago, Roe v. Wade wasn’t at risk of being overturned. Even Republicans on the U.S. Supreme Court in 2005, like Sandra Day O’Conner, had zero desire to overturn it. That’s no longer the case with the Republicans in Washington D.C..

I know that my decision will be made long before Roe could be overturned, if that’s the route SCOTUS wants to take. I’m fortunate in that regard. I’m also fortunate that I’ll return to a state where obtaining an abortion is relatively easy. I won’t have to travel out of state, I won’t have to jump through restrictions, or have bills, like the fetal heartbeat bill, standing in my way. I’ll have up until 24 weeks to get an abortion, giving me ample time to make my decision, although I know I'll terminate long before that.

Any decision I make will come in the next week or so, and any action I take will be done when I’m back in the States, with my friends and family at my side. I never thought I’d be in this position again; I honestly believed that once was enough and I hate to admit it, but I do feel a bit of shame. There was no shame 13 years ago, and I know that shame is partially because of my age and partially because of a toxic culture that is far less women-friendly than it was 13 years ago. I also know, for sure, that whatever choice I make, I won’t regret it. I haven’t regretted a thing so far in my life — even the stuff I maybe should — so I’m not about to start now.