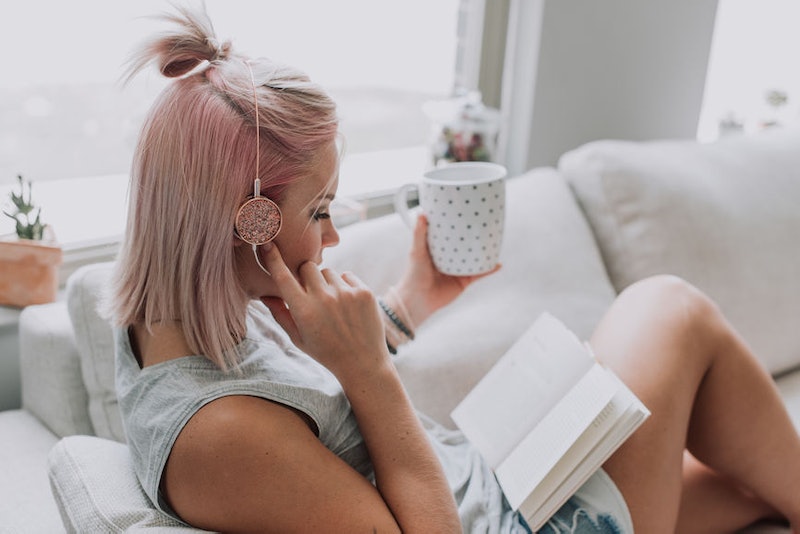 Every July, media outlets and readers alike start posting their "The Best Books Of The Year So Far" lists. With 2018 sailing past its halfway mark, it's the perfect time to take stock of the last six months, including your reading life: What books have you loved? Which have you hated? How are your yearly reading goals progressing, and have they changed at all from when you first conceived of them back in January? I must admit that I never really took the halfway reading recap seriously in my own life. It was fun to watch everyone put their lists together, but I used the results more as entertainment than a push to reflect on my own reading choices. This year, though, it seemed more crucial than ever to take stock.

Without even looking at the list of 31 books I've read so far this year, I knew that my reading hasn't gone quite the way I expected. I've been reading less, for starters. In 2017 I finished the year with 57 books read; in 2016 it was 60; and in 2015 it was a whopping 72. Sure, I'm on track with my general goal of reading one book a week for the year, but I know I won't be reading much beyond that. Again, this is not surprising considering *gestures at everything in the world* but I do think it goes hand in hand with what I discovered when I did look back at the books I've read so far: My reading tastes have almost completely changed this year, and I think it might alter how I read forever.

OK, that might be just a tad dramatic, but stick with me. Before 2015, I would never have considered myself any particular kind of reader. I was a reader. I read books that interested me. The end. But during the two years I worked as a children's bookseller, I suddenly became a "YA person." Obviously, it was important to read kidlit as widely as possible, to offer customers the best recommendations. But it was also great to have a specialty, and YA became mine. Of those 72 books I read in 2015? 43 were YA. Now, it's been a while since I've worked at as a kidlit bookseller, and my 2018 reading list definitely reflects that.

Out of the 31 books I've completed this year, only nine were YA. I read five of those within the first two months of the year, which means that since March, I've only read four YA books. And out of those nine? I would only consider two as hard-and-fast favorites. In fact, most of my favorite books I've read so far this year are memoirs and essays collections, which I have always enjoyed but haven't read as much of in recent years. When I tell you that this realization resulted in a bit of an existential reading crisis, I am not exaggerating. What does this all mean?! Do...I...not like YA anymore? Enter the shock, cue the horror. But after I calmed down for a second I realized the true value of doing a State of the Reading check, and it's why I'll always advocate for the mid-year favorites list moving foward.

My self-imposed moniker of "YA person?" Yeah, I never realized just how limiting that was until I unconsciously ignored it this year. And I think many readers have fallen into that same trap before, claiming to only love romance or to only read thrillers or to never buy anything that isn't nonfiction. There is a whole wide world of books out there, and telling yourself (probably inaccurately) that you will never enjoy anything outside your chosen genre is keeping you from discovering some amazing reads. And all those goals like "Read At Least 20 YA Books This Year" or "Read Only Memoir For An Entire Month?" I'm throwing them entirely out the window.

Just like life (if you'll allow me to be philosophical for a moment) reading can and should be an ebb and flow. And while that rise and fall should most certainly include things like goals and aspirations, it should also include reevaluation and redefining who we are and what we love. Maybe next year all I'll want is to dive into epic fantasy. Or self-help. Or historical fiction. Maybe all three. Maybe none of the above! Who knows? But for once in my reading life, I'm content not to know.