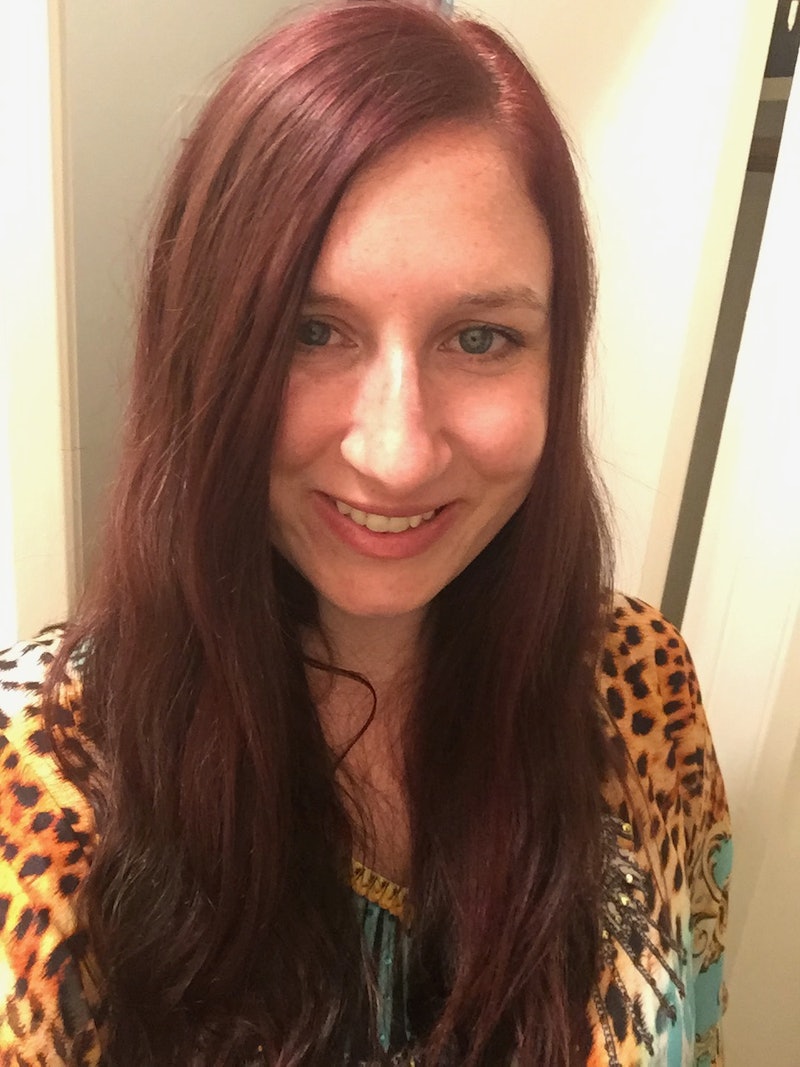 When you have a chronic illness that’s resistant to conventional treatments, you tend to try everything alternative medicine has to offer. So, four months into being diagnosed with chronic Lyme disease, I’d tried acupuncture, breath work, medicinal herbs, various tribal plant medicines, and more. But I had not yet tried Ayurveda healing treatments. Ayurveda is an Indian healing modality that’s somewhere between medicine and a spa. Through massages, body scrubs, enemas, and other treatments, Ayurveda aims to do everything from ridding the body of toxins to alleviating depression and anxiety.

Over 90% of people in India use Ayurvedic medicine, but its effects are not the subject of much published research. One 2013 study in the Journal of Alternative and Complementary Medicine, however, found that Ayurvedic diagnostic methods could predict who is at risk for Parkinson's disease. Another study published in the International Journal of Ayurvedic Research found that rheumatoid arthritis patients improved after one to six months of Ayurveda techniques.

So, I decided to pay a visit to Surya Spa, an Ayurveda spa in Los Angeles, this February. I’d spend the morning doing a consultation with the spa’s owner Martha Soffer, and the afternoon would be dedicated to treatments she deemed appropriate for my health.

After I discussed my symptoms with Soffer, she put her hand on my wrist and took my pulse, which she says can tell you what physical problems a person’s dealing with. Mine? Too much pitta (heat) and vata (air). Ayurveda practitioners talk in terms of three "doshas": pitta, the energy in your body that creates excess anger and hyperactivity; vata, associated with fatigue and anxiety, and kapha, which can lead to sluggishness, Soffer says. She gave me a list of foods to eat and avoid and told me that I should stop running every day because she sensed a problem with my knees.

For the treatment, two of Surya’s staff members massaged me and then put my feet in a bath with an ionizer, which is supposed to pull the toxins out of your cells. I’d read that the idea of toxins hiding in our cells is a myth, but when I saw the water completely brown afterward (and my feet didn't have dirt on them, so it wasn't that), my skepticism left me along with whatever had just exited my feet. According to a chart that the staff handed me, brown indicated a release of smoke and/or air pollution.

Next was a shirodhara treatment, where hot oil was dripped on my forehead and massaged into my head and hair. Its purpose was to "open my third eye," and while it's hard to determine how well that worked, I can say it was very relaxing. While this went on, a circle of chickpea dough known as a "heart dhara" was placed over the middle of my chest to open my heart, and crystals hung over me to balance my chakras.

As the afternoon went on, I felt lighter, happier, and less inhibited. I noticed myself becoming more talkative, opening up to the staff in a way I rarely did with strangers. By the end, I was beaming and felt more energy than I had in a long time. After I left, I confidently made a decision I’d been obsessing over for days. I was so sold on Ayurveda, I arranged to return for panchakarma, a series of days (five in my case) dedicated to Ayurvedic healing.

Over the course of the next few weeks, my knees started to hurt when I ran. I stubbornly refused to cut down. Soon, it was hurting just to walk. I no longer doubted that, by some means I couldn’t understand, Soffer had foreseen this problem simply by taking my pulse. I stopped running.

Soffer tells me she often foresees health issues that her clients then go on to experience when they don't take her advice. She kept telling one man, for example, to cut down on his sugar because he was at risk for diabetes. He kept saying he didn't need to because he tested negative for diabetes — but once he tested positive, he listened. "That’s so beautiful about the pulse, that you can see these things before they happen, before they manifest in the body," she says.

But how can someone diagnose something as specific as knee pain or diabetes just by taking someone's pulse? Soffer tells Bustle it's a matter of experience and intuition. "There are seven different layers. You’re going to see all the different tissues when you look into the seven layers," she says. "Sometimes, I can tell you’re pregnant or you’re ovulating or your period is coming. I can tell by the pulse; a lot of people can. You just have to learn. It's a thing you have to study and learn and practice."

When I came back for panchakarma about a month later, I was fresh off an iboga retreat that had left me feeling well for the first time in many years. My second day at Surya was similar to my first, with a massage, foot bath, and shiradhara. I also did a vaginal steam or "yoni steam," which was supposed to help with creativity, since it's believed to be connected to the womb. I was wary of this — I’d been warned it can disrupt your vaginal bacteria. But by this point, I trusted the team to know what was right for me, and I’m relieved that I didn’t get any vaginal infections. The treatment also involved an oil enema intended to clean out my intestines, which I'll admit was not the most comfortable. A healthy meal was also served beforehand.

But the day after that was more difficult. I'd seemingly gone from feeling well to feeling completely sick again. I’d been constantly waking up throughout the night, a symptom I'd been familiar with since Lyme hit me, and woke up to the return of my debilitating chronic migraines. Thinking I had my life back, then being once again unable to function was devastating. I entered the spa in tears as I accepted the possibility that I wouldn’t be able to live a normal life again after all. I cried and kicked my feet in anger as the staff did my massage and rubbed me down with a scrub.

I attributed my emotions to my recent health struggles, but Soffer tells me that panchakarma itself can bring up lots of emotions. "When we do the massages, we are also working on the different emotional levels of the body," she says.

During another shiradhara, I managed to drift off into a half-sleep. I had strange dreams, including one where I was floating off the table toward some altar full of Indian relics. That night, Martha sent me an email telling me she’d like to change my dates so that my next three sessions are done with her present in case more emotions come up. But I was leaving town at the end of the week, and she wasn’t available for the next few days. We decided to put off the rest until I was back in LA two months later.

When that day came, two staff members provided me with treatments focused on getting out vata, which included more massages with specific vata-reducing herbs, oil enemas, another ionizing foot bath that I left brown once again, and a foot bath made of ginger and hot water. I left the first day feeling bright and glowing again, full of energy I didn’t know I had. I left the second and third days feeling too exhausted to function, which they also told me was normal.

Over the weeks since, things have been better in some ways and about the same in others. I'm still struggling with maddening insomnia and migraines, but I also feel like I've got more will and energy to persevere through it. I know healing is not a straight line, so that in of itself feels like a step in the right direction.

While it may not offer the rapid alleviation of symptoms that western medicine does (often at the cost of not getting to the root cause), Soffer believes healing from Ayurveda can ultimately be more thorough because it addresses mental and spiritual health. "Ayurveda does not only work on the physical level," she says. "It works on the emotional level and all other levels that you experience. We don’t only get sick because of diet; we also get sick because of emotional experiences we don’t deal with. So, when we deal with these things that make your body not work well, it starts to work well." I'm still holding out hope that one day, that'll happen for me — for good.