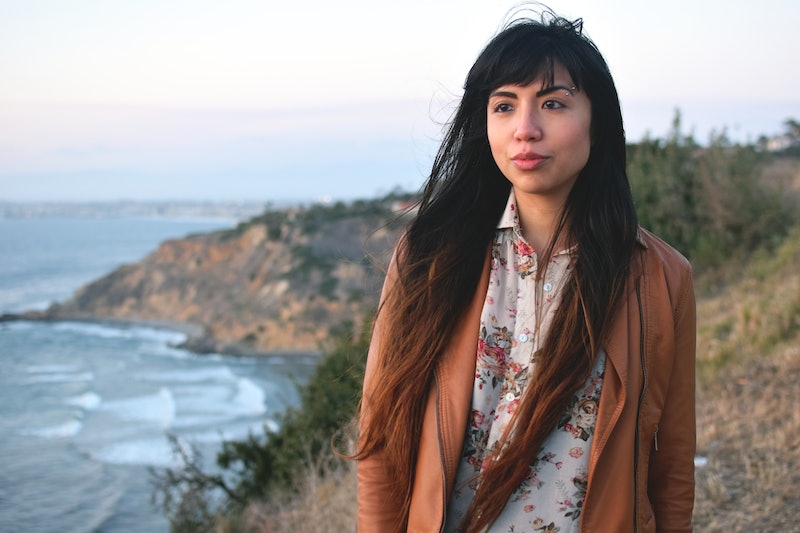 Two days after last Christmas, I was slumped on my therapist’s couch, still wearing my gray overcoat — I felt far too anxious to take it off, even though that would have made me more physically comfortable. “I am overwhelmed all of the time,” I said, staring out her office window.

Outside, everything was drenched in that cold, damp, and dreary gray light that never seems to fully dissipate in the dead of winter. I told her I was experiencing feelings of insurmountable exhaustion and helplessness, that my breakdowns were becoming more frequent.

“What you’re describing sounds a lot like burnout,” she replied.

Burnout. It’s a word I’d heard thrown around, but its definition did not compute within the synapses of my overworked brain. Was she suggesting that I had hit some sort of rock bottom?

“You’ve got to make time for yourself,” she added, as if pleading with a child to take a nap.

That, too, did not compute. I worked out regularly. I got manicures and pedicures, and wore face masks while marathon-watching Queer Eye — all in the name of self-care.

I worried that she would somehow think less of me for suffering when it seemed like everything in my life was — at least on the surface — going so well.

And yet, I realized, none of it was truly helping. I had still managed to find myself in this less-than-optimal position: strewn diagonally on my therapist’s couch, unable to gather the energy to simply sit up.

I admitted to her that I had been having increasingly nihilistic thoughts, often falling into a spiral of negativity that always arrived at the same conclusion: Nothing I do matters. Everything is pointless.

By all accounts, I had no reason to be that miserable. In fact, I had every reason to be downright elated. I was newly engaged, and planning my fairytale wedding in Paris. I was visiting the gym nearly every day, and my physical health was great. And I was at the top of my professional game, raising my profile as a freelance journalist and growing a business as a creative consultant. Over the past year, I had scored bylines in several dream publications, and in April, a popular magazine brought me on as a contributing writer for its fashion section.

Seven years earlier, as a wide-eyed, 21-year-old Nebraska college student, I’d attended a workshop held by that very same magazine, aimed to teach the next generation of writers the ins and outs of the industry. I loved it, but I remember feeling that actually writing for the publication was merely a fantasy. How could I make myself stand out from the hundreds of other people chasing the same dream? Needless to say, landing that gig all these years later was a major moment, both professionally and personally.

By year’s end, I had written more than 135 articles for that job alone, had dozens of other bylines scattered across other publications, and expanded the consulting wing of my business, signing on clients including a big fitness brand. And I was doing all of that on the side — I still had a full-time job at a university, editing a research publication and managing internal communications.

Of course, working full-time meant that my days were spoken for. Freelancing, then, had to take place in the early mornings, evenings, and weekends. As I ramped up my workload, I saw and communicated with loved ones more infrequently. I started sleeping less and became increasingly irritable and stressed. My life became completely about work.

I was addicted to the rush I got when I sold a pitch, when a story published, when I cashed a four-figure check into my bank account and watched the numbers tick up. The more success I acquired, the more I had to have.

I understood rationally that it might be time to slow down. That working 75-plus hours a week, getting less than four hours of sleep a night, having no social life, neglecting family and friends, and letting my mental health deteriorate at a lightning fast pace was unequivocally unsustainable.

But I was far too deep in it to really see it that way. I was addicted to the rush I got when I sold a pitch, when a story published, when I cashed a four-figure check into my bank account and watched the numbers tick up. The more success I acquired, the more I had to have.

To slow down — to press pause, even if only for a minute — felt like an admission that I couldn’t handle the weight I had placed on my own back. It would mean confessing that I was in over my head — that despite all of the surface-level success I had attained, I still found a way to be a failure.

“There’s something about slowing down that is unsettling to you,” my therapist once told me. For hyper-ambitious workaholics like myself, coming face to face with your own limitations is extremely uncomfortable. I largely attribute my insatiable thirst for more, more, more to being the child of immigrants. When you consider what my parents endured and sacrificed just to get to this country — just to provide me with the opportunity to be successful in the first place — is there really such a thing as too much success?

When I graduated college in 2012 at the age of 22, I established a goal of earning six-figures by the time I turned 30. Something about taking in that amount of money, especially at a relatively young age, struck me as so, well, impressive. Reaching the summit of that particular mountain top would be the pinnacle of success, I thought.

But my postgraduate career got off to a bumpy start, and accomplishing that goal seemed at best unlikely, and at worst, impossible.

My first job out of college was as an online producer for a morning news show in Arizona, where my now-fiancé was attending graduate school. I worked 4 a.m. to 1 p.m., Monday through Friday, making $13.94 an hour. I lasted nine months before quitting — a decision I agonized over, even though I was miserable and overworked, because it was, essentially, the first time I had ever felt like a total and utter failure. Quitting felt akin to rebelling against the master plan that had been laid out for me. And I had never really been much of rebel.

And yet, leaving that unhealthy work environment was undoubtedly one of the smartest choices I’ve ever made. Eventually, I landed back on my feet and built a career as a communications professional in academia and the nonprofit space.

And then, in 2016 — after years of letting my imposter syndrome convince me that no one would ever be interested in reading my work — I began to cold pitch publications. I had no connections, no template for success, and no idea what I was doing.

Miraculously, people were interested in my writing. In fact, the first few pieces I ever had widely published were in Bustle. One byline led to another. Within two years, I had an extensive portfolio and a booming business. At the end of 2018, as I reviewed my bookkeeping for the year, I realized that I would hit my six-figure goal just in the nick of time (I turn 30 this November). When I filed my taxes in February, my accountant was astounded at what I had accomplished in a year’s time. She wanted to know how I did it. Half-smiling, I said that I worked nonstop and never slept.

I thought I would be happier when this moment arrived. I was proud of myself, sure, but I was also so, so, so tired.

But as I sat on the other side of my accountant’s desk, staring at the numbers on the screen, I became aware of this truth: that no matter what I accomplish, no matter what arbitrary milestone I reach, it would never be enough for me. I could make this kind of money every year, earn my doctorate, write a bestselling book, win a Pulitzer Prize. There would always be another mountain to climb. And if I’m always focused on what’s next, I’ll continue to miss out on what’s here in the present, in this very moment.

Success is, quite simply, knowing that opportunities will come and go, but that time is irreplaceable once it’s been spent.

I’m in a weird place right now. One could even argue that I’m less successful today than I was just a few months ago. Due to the all-too common corporate restructuring, my glitzy magazine gig fizzled out by the end of 2018. Editors I’d worked with at several publications throughout my freelancing career left their jobs, making it that much harder to get a response, let alone an acceptance. That lucrative contract with the fitness brand abruptly ended earlier this year, and just like that, a quarter of my income evaporated into the ether.

I don’t know what’s next for me. While I was sad when those doors closed, I couldn’t help but notice that I felt a little relieved, too. Yes, I lost out on money and bylines. But I gained so much more than that: a chance to catch my breath. I’m learning not to let my definition of success be entirely shaped by my work and revenue stream.

Now, to me, success is being able to sleep in without guilt. Success is having days when you don’t obsess over an assignment or a looming deadline. Success is, quite simply, knowing that opportunities will come and go, but that time is irreplaceable once it’s been spent. I have wasted so much time trying to become an idealized version of myself that, somewhere along the way, I lost sight of who I really am and what really matters to me. So, here I am, figuring it out. And that’s a success story in and of itself.

More like this
The 19 Best Tweets & Memes About Bisexual Awareness Week
By Lexi Inks
This Psychological Effect Might Be Keeping You From Hitting Your Goals
By Lexi Inks
The Spiritual Meaning Of Angel Number 666, Explained
By Brittany Beringer
Angel Number 333 Is All About Self-Love & Alignment
By Brittany Beringer and Kristine Fellizar
Get Even More From Bustle — Sign Up For The Newsletter