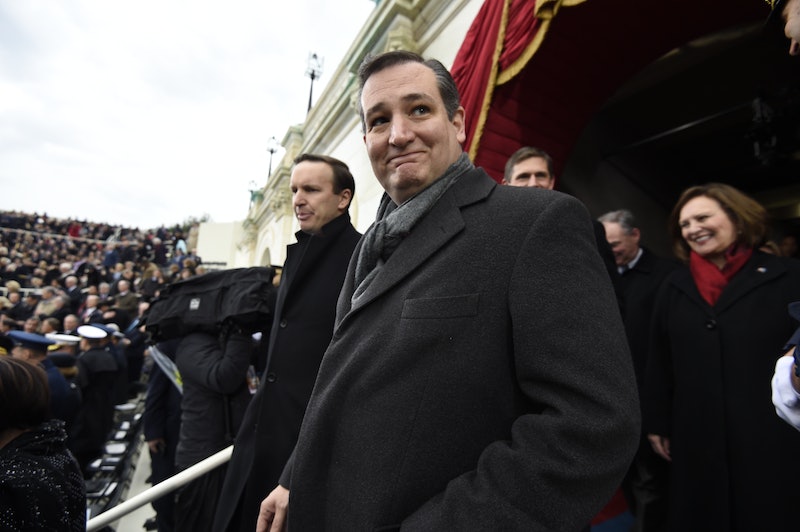 It's natural that the government body tasked with determining the direction of the nation would have rules to maintain its decorum. However, in a perfect world, you would expect these rules to be enforced evenly. And if Elizabeth Warren broke Senate Rule 19 during her protest against Jeff Sessions, then there are a number of male senators who have also broken it in the not so distant past. And contrary to Warren, they didn't get silenced on the Senate floor.

As you've no doubt heard by now, Mitch McConnell forced Elizabeth Warren to stop speaking on Tuesday, when she was in the middle of reading a letter from civil rights leader Coretta Scott King. In the letter, King attacked Jeff Sessions' abysmal record on civil rights in an effort to keep him from being appointed as a federal judge, using her own experience with him in Alabama. The information was relevant then, and it's still relevant now as the Senate considers Sessions' nomination to be the new Attorney General. Warren repeating King's words about how Sessions had intimidated elderly black voters, rather than being an unjust attack on his character, was a valid part of the discussion on whether or not he is fit for this cabinet position. And yet, Warren found herself silenced.

The rule in question states that "No senator in debate shall, directly or indirectly, by any form of words impute to another Senator or to other Senators any conduct or motive unworthy or unbecoming a Senator." While its application toward Sen. Warren was definitely questionable, if that's going to be the bar, then there certainly have been other cases where it should have applied but didn't come up.

Just earlier this month, for example, a Georgia senator attacked Minority Leader Chuck Schumer for publicly crying while talking about Trump's refugee ban. “The minority leader's tear-jerking performance over the past weekend belongs at the Screen Actors Guild awards, not in a serious discussion of what it takes to keep America safe,” argued Sen. David Perdue. How that wasn't an undue attack on Schumer and was entirely relevant to the discussion is unclear to me, but Senate Republicans clearly exist in a different reality at the moment.

There was also the time when Ted Cruz called Mitch McConnell a liar on the Senate floor and totally got away with it. Or when Tom Cotton called Harry Reid's leadership "cancerous".

So, Perdue making fun of Schumer for crying at an entirely separate event does not qualify as "conduct or motive unworthy or unbecoming a Senator". Warren reading a letter written by Coretta Scott King about another senator whose new proposed position was then under debate, though, is actually unduly "[impugning] the motives and conduct" of that senator.

None of it makes sense to me, but then again this Republican-led Senate has been rather inconsistent in its enforcement of other long-held Senate rules. Perhaps hypocrisy in action is something that the country will see a lot of throughout the Trump administration. If this is any example, though, it looks like the Democrats won't let it happen without a fight.