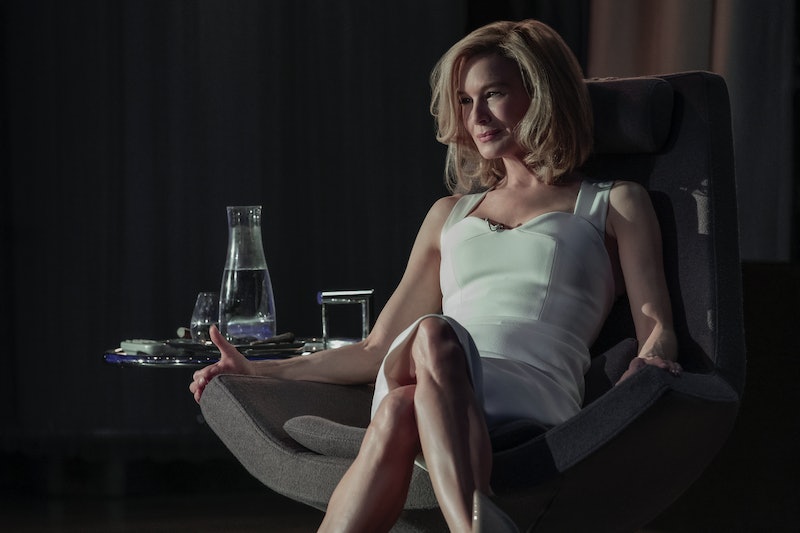 Netflix's What/If has a lot of things going for it. For one, it marks Renée Zellweger's first major TV role. For another, it's a soapy, Indecent Proposal-style thriller about a wealthy woman who offers a desperate couple a deal they can't afford to refuse. But while those may be the factors that hook you, if What/If returns for Season 2, fans should expect it to have a much different storyline, and possibly even an entirely new cast.

The show is being billed by Netflix as an anthology series, which explains how the streaming service was able to land a bona fide movie star like Zellweger, especially amid such a big year for her (people are already calling for her to win an Oscar for her performance in Judy). This strategy has been popular recently for big celebs: anthologies let them expand their TV credits without being bound to a series for years on end — just look to Daniel Radcliffe in Miracle Workers, or really any major name who's appeared in Black Mirror.

As for how the anthology format will apply to What/If, should the show be renewed, it's not entirely clear. Zellweger is such a big get that it's hard to imagine her sticking around for future seasons while maintaining such an involved part. However, if What/If goes the American Horror Story route and tells a new story with the same rotating cast each season, she could do something similar to Jessica Lange or Lady Gaga, and only join in when it works out with her schedule.

Alternatively, What/If could follow the Fargo format and have an entirely new cast each season, but tell a similar story — whether connected by theme, structure, or geographic location — to the stories told in previous seasons. Or the show could follow the example set by anthology series Channel Zero and have its seasons defined by an entirely new cast and new story, with tone being the primary connective tissue between seasons.

Netflix describes What/If as an exploration of "the ripple effects of what happens when acceptable people start doing unacceptable things," and that could be examined in a number of different contexts. In a second season, it could introduce characters who were affected by Anne Montgomery's (Zellweger) actions — and the actions of the couple she's toying with — but that we didn't meet. Really, the possibilities are endless.

Whatever a second season of What/If look likes, should it get one, it's fair to presume it will maintain the dramatic, soap opera-esque tone that makes it so appealing. The show's creator, Mike Kelley, previously wrote ABC's Revenge, and What/If seems to be a natural follow-up in line with what fans have come to expect from him. Between Netflix's wide-reaching platform, Zellweger's star power, and an accomplished creator behind it, What/If seems primed to be a hit no matter what form its future seasons take. In the meantime, there will be 10 new episodes to marathon — then feverishly discuss — beginning May 24.