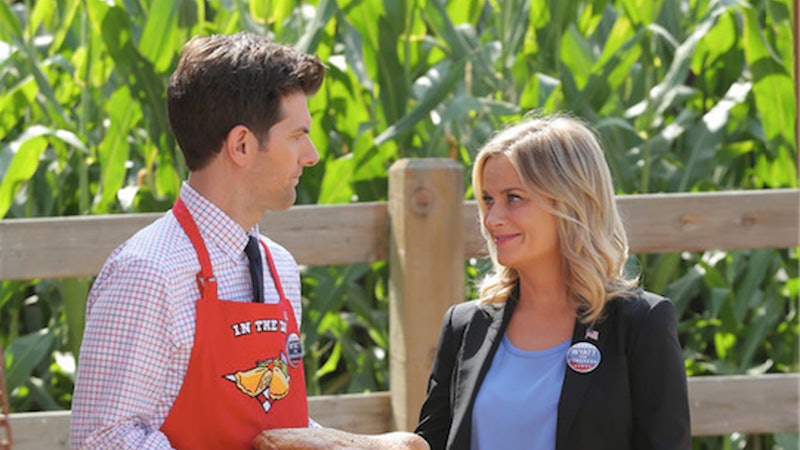 While, to me, the true take-away of Parks & Recreation will always be the power of friendship — specifically female friendship — to change lives, I can't deny that the show also featured some extra special romantic relationships, too. From Andy and April to Donna and Joe, the romances on Parks & Rec proved that the adage "opposites attract" is often very real, and that true love is less about finding any sort of perfection in a partner and more about finding someone who accepts and celebrates you, flaws and all. That is certainly true for the show's main couple, Leslie Knope and Ben Wyatt.

Ben and Leslie do not get along at all at first. He's in Pawnee to cut the city's budget, and do-gooder Leslie is determined to do everything she can to save the Parks Department. Though it becomes clear pretty early on that Leslie and Ben won't be sworn enemies forever, there is at least a season's worth of animosity between the two... which leads to sexual tension, which leads to a forbidden romance, which leads to love, which leads to marriage. If you're a forever fan of the couple and want to read more books with these same vibes, I've got 11 perfect picks below.