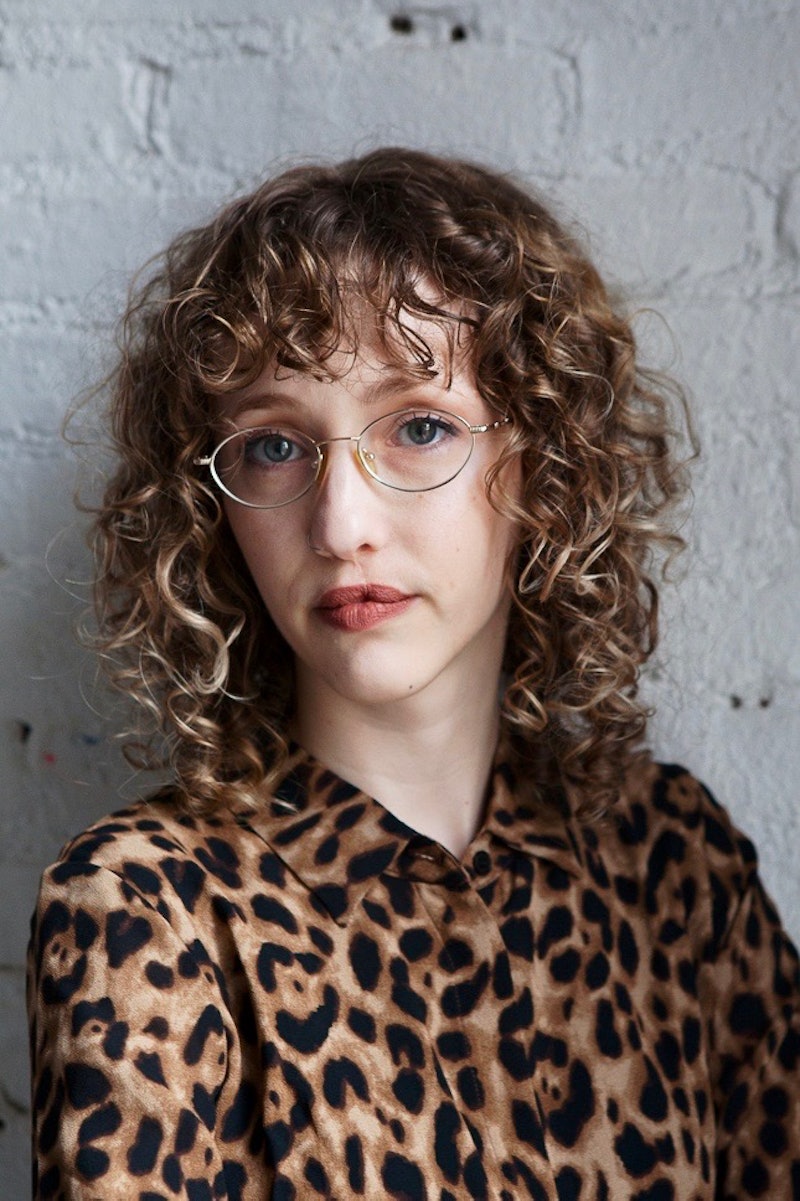 Women's rage has never blazed so brightly. In Burn It Down: Women Writing About Anger, an anthology of 22 essays edited by Lilly Dancyger, that anger is given space to erupt. In one essay, Leslie Jamison explores her lifelong aversion to anger. In another, Rios de la Luz writes about a childhood sexual assault and the lifetime of anger that has followed. In a third, Evette Dion describes the anger she has felt all her life and the connections between rage, fatness, and Blackness.

Dancyger’s anthology is the latest addition to a canon of nonfiction books about women’s anger, which includes titles like Rebecca Traister’s Good and Mad, Soraya Chemaly’s Rage Becomes Her: The Power of Women’s Anger, and Brittney C. Cooper’s Eloquent Rage: A Black Feminist Discovers Her Superpower, all of which were published in 2018. Unlike those books, Burn It Down is about acknowledging anger, not using it as a tool. "I wanted this to be a place where our anger could live," Dancyger writes in the book's introduction, "a place for us to take up space after generations of being told to shrink, to rage after a lifetime of being told to behave."

"I want readers to realize that it’s fine and normal and healthy and good to get angry," she tells Bustle.

In the Q&A below, Dancyger talks about the process of editing essays on anger, how it has changed her own writing, and why she thinks "anger is a natural response to … all the bullsh*t that everybody deals with, but that women deal with in a particular way."

Why is a book like this important in our current time?

Lilly Dancyger: It’s important because women’s anger is finally being discussed in the political world, and we’re finally understanding how much women have been pushed into a corner. We’re starting to make space for anger and demanding better treatment and equality. But I think making space for that theoretically is very different from actually being comfortable with and knowing how to feel and express anger when you’ve been taught for a lifetime not to. So while we’re talking about women’s anger in this kind of theoretical, ideological sense, it’s important to also make space for it as a raw emotion and let people just feel it primarily for themselves before they try and direct it politically.

Could you expand more on why women’s anger, specifically, is so important?

Dancyger: As we saw with the #MeToo movement, there is a lot of treatment that women have just been expected to accept for a really long time in terms of sexual harassment and assault, but also in terms of job discrimination, wage inequality, inequality in the home, and reproductive rights being infringed upon. We have a lot of reasons to be angry, and women specifically are generally socialized and conditioned not to express anger. We’re not going to be able to fully overcome and push back against all the ways we’re kept down until we’re able to get angry.

But I think making space for that theoretically is very different from actually being comfortable with and knowing how to feel and express anger when you’ve been taught for a lifetime not to.

How does anger play a role in your own writing?

Dancyger: Anger definitely is an important part of my writing. In the political, cultural op-ed space, I often write from anger. I’m trying to remind people why things that are happening matter and why they should be upset about all the horrible sh*t that’s happening everyday.

Then also in my personal writing — in my memoir — I kind of discovered there's a lot of anger that I didn’t even realize was there, which I think is something that happens a lot. You’re taught not to be angry. You’re taught to express it as sadness or all of these other kinds of emotions that you see in the different essays in Burn It Down. People are expressing their anger as depression, or addiction, or guilt — it turns into all these other things if you don’t give it space.

Do you feel like working on Burn It Down made you more aware of anger in your own writing?

Dancyger: Probably. It definitely gave me more nuanced language for thinking about anger and more appreciation for my own anger — like seeing it as something that’s powerful and natural and can be a good thing and that isn’t always something that you should rush to dispel right away. If you’re feeling angry, there’s probably a reason, and it probably means something needs to be addressed.

"People are expressing their anger as depression, or addiction, or guilt — it turns into all these other things if you don’t give it space."

Dancyger: It was great. The time period I was working on it was the week of the Kavanaugh confirmation hearings, which were really emotional for a lot of people, especially women. It was really emotional for me. I was upset and angry and feeling helpless. And I was in the midst of a lot of edits on these essays, and being able to work on this writing that’s so powerful and strong made me feel ... like, even if things are bad now, there’s a tide that’s turning, even if it’s happening a lot slower than I would like it to.

Do you feel like you had to push writers to express anger more in the essays, or did that come out naturally?

Dancyger: Definitely in some. There were a lot of pieces where the early drafts were explaining anger in this very diplomatic, restrained way ... which I think is so much of how women are used to engaging with anger. If we’re angry at a parent or a partner, it’s like we have to make a case for why we deserve to be angry, and we’re not just allowed to feel that feeling and express it. There was definitely some of that in the early drafts, and I was kind of poking and saying, "Okay, but what did that feel like? Describe it. What does that mean? What do you feel when you’re angry?"

Dancyger: I arrived at that idea while thinking about the other great books about women’s anger that have been published in the last year or so. Like Good and Mad, Rage Becomes Her, and Eloquent Rage — the three big ones. Those are all kind of cultural, critical looks at women’s anger in terms of how it fits into our society and where it fits in the current political realm and how it can be harnessed and used. What can I add to that conversation? I feel like the strength of this book was that it was a lot of different first-person work. It wasn’t me looking at anger as a topic. It’s all these writers describing their own personal anger. So I wanted to take it out of the realm of cultural usefulness and just give us a chance to get down on the ground and feel the anger and describe it and figure out how to even articulate it when we’re taught not to. I thought it would be useful for the writers, and of course, also for readers who are learning how to access their own anger to see it articulated directly in that way.

"If we’re angry at a parent or a partner, it’s like we have to make a case for why we deserve to be angry."

Can give an example or talk about how anger is articulated in the anthology?

Dancyger: A lot of writers describe the way they feel their anger. Like Marissa Korbel wrote a really great piece about rage tears — crying when you’re angry — and how upsetting that is and how it can make you more angry. It makes you feel weak. It feels like you’re going to lose the argument. I definitely have rage tears, and they’re really frustrating, but she takes a really interesting lyrical approach to talking about her own rage tears and how they function scientifically and also how they feel in the body.

There are a lot of stories of people finding their way back to their own anger, and there are pieces that talk about political and social issues. Megan Stielstra’s piece is about gun violence, and it’s very topical in terms of what’s happening in the world today. Lisa Factora-Borchers wrote about being a woman of color in Trump-voting Ohio. There definitely is politics in the book, but it’s more centered on the personal and immediate, visceral sensation of anger.

What do you hope readers will take away from Burn It Down?

Dancyger: I want readers to realize that it’s fine and normal and healthy and good to get angry sometimes. Anger is a natural response to being mistreated and disregarded and pushed aside and talked down to and all the bullsh*t that everybody deals with, but that women deal with in a particular way. Not letting yourself get angry is only hurting you, and it’s better just to give anger some space and express it.

You can now order Burn It Down: Women Writing About Anger edited by Lilly Dancyger.