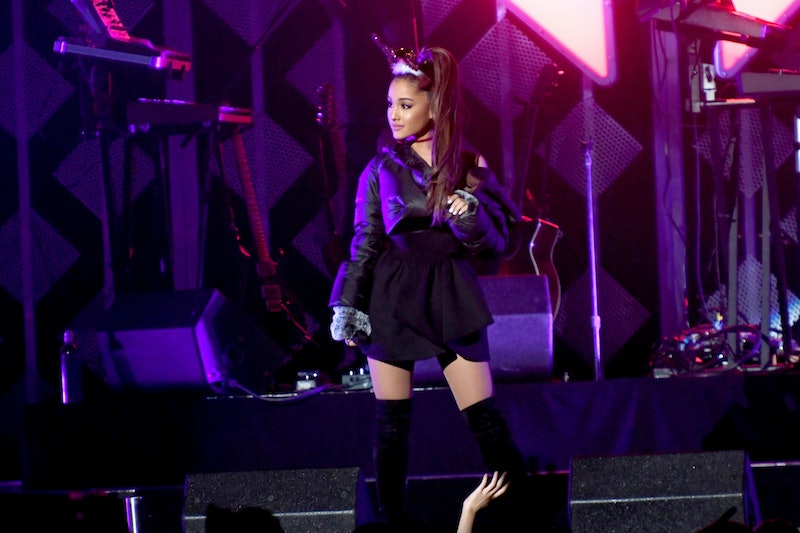 When an Ariana Grande concert was the target of a terrorist attack in Manchester on May 22, the world was at a loss for words. In response, Grande decided to take action and curate the One Love Manchester benefit concert to honor the victims and send a message of solidarity. Unfortunately, the concert comes in the aftermath of another attack in the U.K., this time in the heart of London. The recent incident raised questions about the whether the benefit would proceed, but the One Love Manchester concert is still happening following the London Bridge attack. According to Grande's manager Scooter Braun, the concert takes on a greater purpose in light of recent events.

The benefit show is sure to be a moving tribute, and it will also show the bravery and resilience of the people of Manchester. The terror incident in May raised doubts about the safety of public events like the May concert, and whether or not they can continue in the future. The tragedy was especially disturbing, in that it targeted young women and their ability to enjoy music in a safe environment. However, the concert intends to show that the people of Manchester, and fans and music lovers around the world, will not be intimidated by such attacks.

Grande's manager posted his statement to Twitter on Sunday, which reiterated that the concert would be a demonstration of courage during this difficult time:

Here's an excerpt from Braun's statement:

"After the events in London last night, and those in Manchester just two weeks ago, we feel a sense of responsibility to honor those lost, injured, and affected. We plan to honor them with courage, bravery, and defiance in the face of fear. Today's One Love Manchester concert will not only continue, but will do so with greater purpose. We must not be afraid, and in tribute to those affected here and around the world, we will bring our voices together and sing loudly."

Major names in the music industry are signed on to perform, including Katy Perry, Justin Bieber, and Coldplay. All of these artists are still slated to appear, and Miley Cyrus already shared a photo from the venue.

According to the BBC, fans were already lining up for the event on Sunday morning. While some told the news source that they were feeling nervous, the Manchester police and the government have made security for the event a high priority.

On Sunday morning, Greater Manchester Police Chief Garry Shewan released a statement assuring fans that the events would proceed in a safe manner. "There are two-large scale events taking place in Greater Manchester today and we would like to assure people that these will still take place, but with additional security in place to ensure the safety of everyone" Shewan's statement read, according to ABC News. "There will be additional security checks taking place and everyone will be searched, including bags."

Though the event will be sure to include the victims in London as part of the tribute, Grande also took to Twitter to show the city was in her thoughts.

Grande will headline the One Love concert on Sunday, which is set to proceed at Emirates Old Trafford. The event will take place about 3.5 miles away from the Manchester Arena, according to ABC News.

Streaming details are available at OneLoveManchester.com. All proceeds from the show will go to the We Love Manchester Fund, which was founded by the Manchester City Council, in conjunction with the British Red Cross.