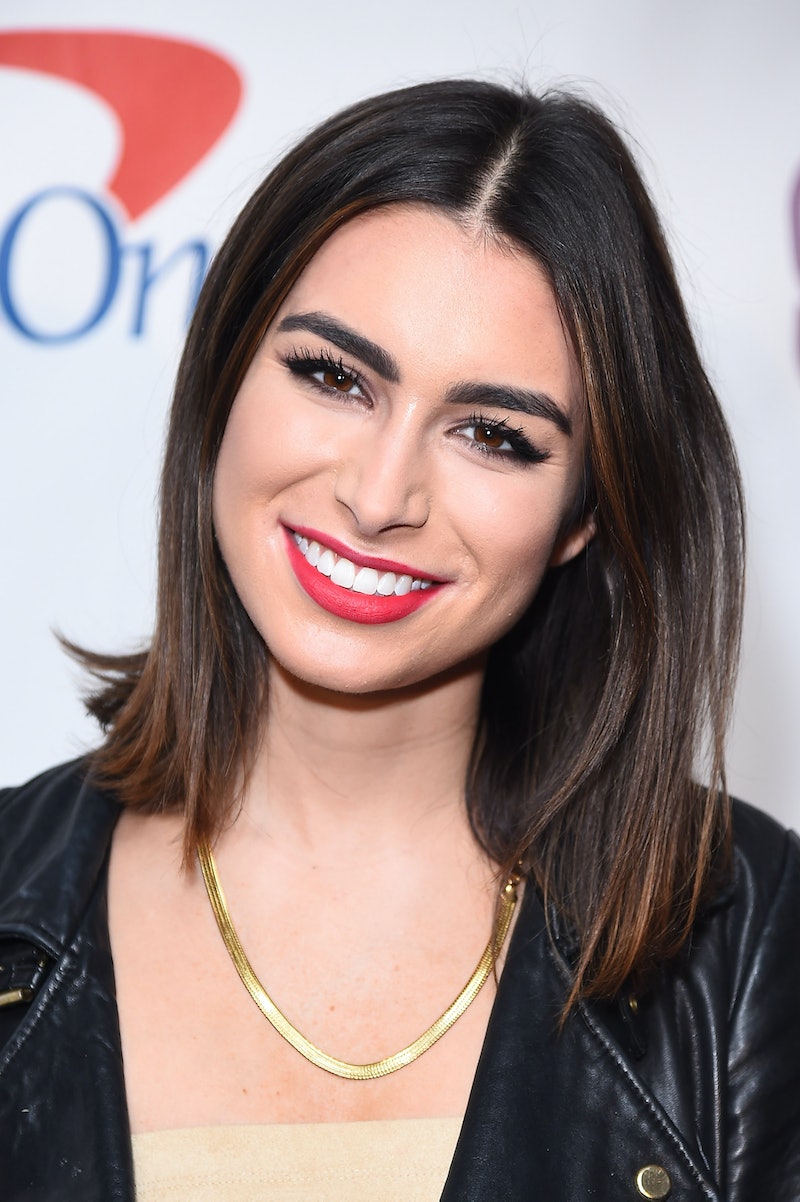 Of all of the former Bachelor contestants who have collected roses over the past few seasons, Ashley Iaconetti is definitely on my list of favorites. She's funny, she's real, and her makeup skills are flawless. And honestly, as much as I love seeing her on my favorite shows, I just want her to find the relationship she's looking for... unless she already has? It's been awhile since Bachelor in Paradise Season 3, so is Ashley Iaconetti dating anyone? According to social media, it looks like she's flying solo as of now.

All of Ashley's recent posts point to her having a "single" relationship status, and any guys she's pictured with seem to be strictly friends. She did post a photo with Bachelorette alum Joshua Albers not too long ago on Instagram, which sparked a few "cute couple" comments, but it doesn't seem like they're dating. Actually, it doesn't seem like she's dating anyone at the moment. After the emotional roller coasters she's been on between The Bachelor, two seasons of Bachelor in Paradise and even an episode of Million Dollar Matchmaker, it's probably for the best. If I were her I wouldn't even want to think about dating for awhile; I'd just want a break to chill, hang with friends, and have some time to myself. And, it seems that's exactly what she's been doing.

And even though she may not have a man by her side, it looks like Ashley is having a blast. From just her recent posts alone, it looks like she's had some incredible adventures lately, including but not limited to beach vacations, red carpet reporting, and days spent at Disneyland. I'm officially jealous, and not just because my eyebrows will never, ever be as on point as hers are on a daily basis.

She may not have found her perfect match yet (and she may not even be looking), but I know he has to be out there somewhere. Being emotional is a trait she and I share, and although it means shedding plenty of tears, it also means having that sensitive side is just one more great quality you have to offer in a relationship.

And after everything she's been through for love — in front of an audience of thousands of people, let's not forget — I sincerely hope she finds the person she's looking for when she's ready. And if she finds that person outside of reality TV, she better keep us updated on Insta. I feel like I've been on this journey with her, so I want to witness the happy ending!