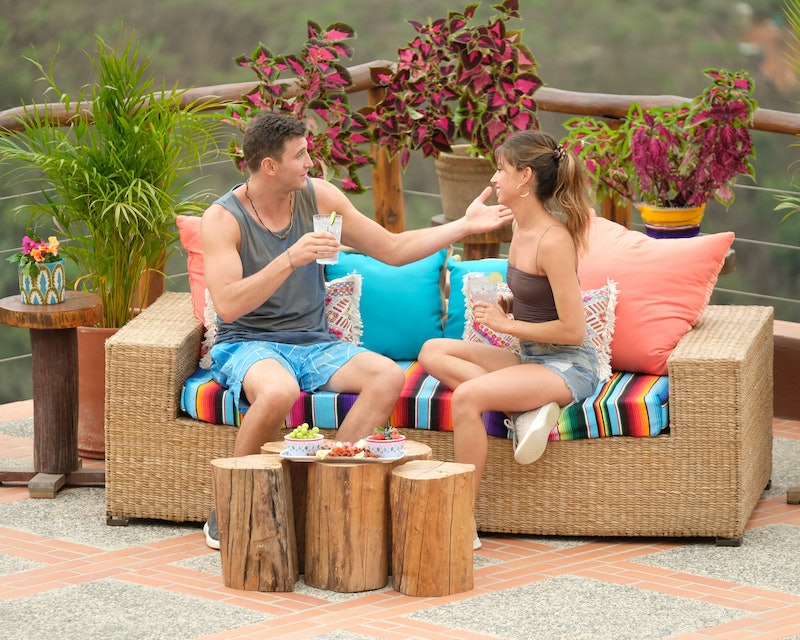 As Blake has said so himself, Bachelor In Paradise isn't exactly going like he planned it. Because of his histories with Kristina and Caelynn, his time in Mexico has turned into a giant mess. And though he's started to hit things off with Hannah, none of that makes it seem likely that Blake is dating anyone after BiP.

Filming for the show likely took place from early to mid-June, but Blake hasn't been especially active on social media since that time, which makes it hard to tell whether or not he now has a special someone in his life. After sharing his BiP casting photo in late May, he's only uploaded a handful of posts: one about competing on Celebrity Feud with some of his fellow Bachelor Nation alums, one SponCon post for Reign Body Feul, and one about some backyard construction he did with his sister.

His only other recent post is his lengthy response refuting Caelynn's claims on the show that he "ghosted" her and asked her to keep their past a secret after he slept with both her and Kristina at Stagecoach. "I NEVER 'sweet talked' [Caelynn] at Stagecoach. I NEVER ghosted Caelynn, I NEVER called her a mistake and I absolutely NEVER EVER EVER silenced Caelynn," he wrote, also sharing (and later deleting) private texts between him and Caelynn on his Instagram story. (Blake did not returned Bustle's request for further comment).

In response, Caelynn shared her own statement saying she was mortified he'd released her texts, but that ultimately, they clearly had different perspectives on their relationship and that she hoped they — and everyone watching — could move on. (Caelynn's rep declined to further comment when reached by Bustle).

As they say, there are always three sides to a story, and we may never know the truth about what happened to them. But as it relates to whether or not Blake is dating anyone, there may be a clue in his statement:

"I felt a lot of shame and have been in a dark place for a while now and especially these last few months. It's still something I'm working through. I take full responsibility for my actions at Stagecoach and will never regret the decisions I made that weekend. The women involved did not deserve that. I realize now that I hurt these women and I deeply regret that. I've done a lot of self reflection since and have learned a lot from my mistakes."

That makes it sounds like Blake has been focused on himself and doing some serious personal growth since leaving Bachelor In Paradise, not trying to pursue another relationship. He also said he was in a dark place, which doesn't seem like the healthiest mindset to be in to start dating someone.

That being said, he has been hitting it off with Hannah lately, so perhaps she's been secretly standing by him during all of this drama. But more than likely, Blake is single and trying to learn from his missteps, which seems like the right course of action — hopefully he's also learned you shouldn't release someone's private texts without their consent.