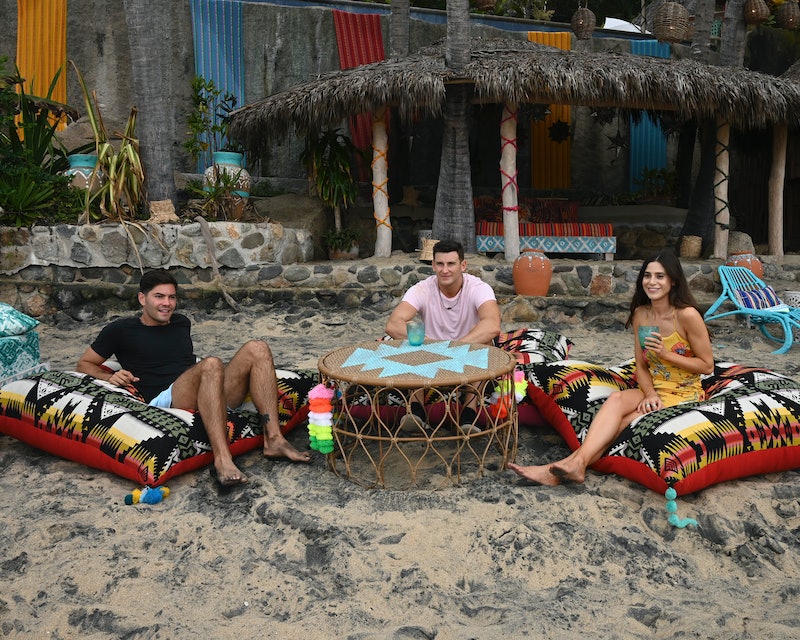 According to pictures of contestants posted on Twitter, Bachelor In Paradise Season 6 likely started filming around the first week of June 2019, as Dylan and Hannah G. were caught doing their intros by eagle-eyed fans. Demi was at the airport, according to a Twitter user, on June 3, 2019, and she's on the show, so that seems about right for the beginning of filming.

This year, Chris Randone and Krystal Nielsen got hitched in the middle of June, and that's definitely on Bachelor In Paradise, per the season's trailer, so filming sounds like it ran from about June 4 or 5, 2019, to about June 17 or 18, 2019. A couple of weeks to find love forever. Sounds plausible, right?

The casting process for Bachelor In Paradise is always fascinating, because producers and cast have to take a core group of people that want to be on the show (or that producers think are perfect for the show) from earlier seasons and smush them together with the cast members from the season that ended like, 20 minutes beforehand. It's a delicate process, and for Season 6, it has definitely worked out. Because it is drama, drama, drama, and it is barely Week 2!

Blake is in the hot seat right now, because he allegedly had relationships with three women from Bachelor Nation in the span of three days at the Stagecoach music festival in April 2019. He dated Kristina Schulman, and they hooked up. Then, he flirted with Tayshia and hooked up with Caelynn. Then, Caelynn alleged that he told her it was all a mistake and to keep quiet so he didn't have to tell people in Paradise they slept together.

All of this was discussed in the first two episodes and just after, Blake released text messages between him and Caelynn in an ill-advised attempt to tell his side of the story and clear his name. Afterwards, Caelynn responded to Blake's texts with a statement saying, "I am not here to deny those text messages or the conversations that took place. Things got taken out of context on the show, and a large part of the story is missing. The reality of the situation is that Blake was not a one night stand at a music festival and the ‪5 am‬ text exchange that Blake chose to share is not an accurate representation of our past relationship."

Still to come, according to the season's trailer? Demi makes out with Derek and realizes she's in love with her girlfriend from back home, someone gets in a fight, and someone, anyone, please, gets named the next Bachelor.

If a couple weeks doesn't sound like enough time to fall in love, it is definitely more than enough time for all of that. Stay tuned for all the drama.