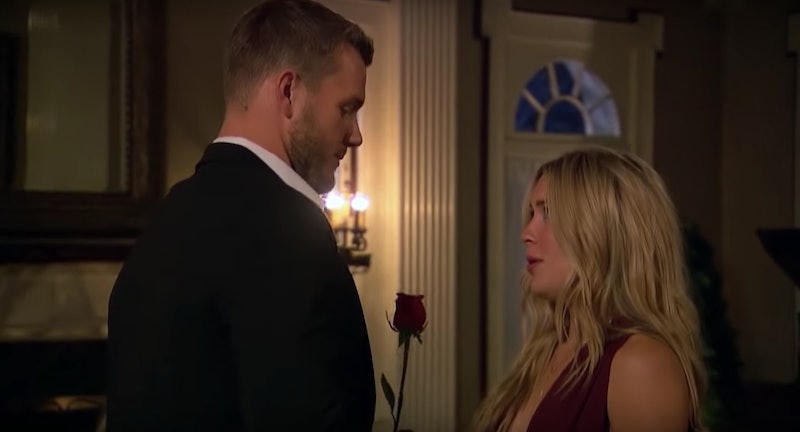 Believe it or not, we are just a few episodes away from the finale of Colton's Bachelor season, and it's still impossible to say who (if anyone) will end up being his future fiancée. The chemistry between Cassie and Colton in particular is off the charts, but is that enough to help them succeed out in the real world? Figuring out if Cassie is dating anyone after The Bachelor will help us uncover how the rest of this season plays out and whether or not she and Colton are still an item. But while the concept itself seems easy enough, it's a pretty difficult one to actually execute.

Obviously, ABC doesn't want any of its respective seasons of The Bachelor to be spoiled, so once a contestant leaves the show they aren't allowed to post anything that would give away the rest of the season. In actuality, it makes sense, but when it comes to figuring out what they're doing afterwards really it becomes highly problematic.

Therefore, if you were hoping Cassie's Instagram would provide some insight into her current relationship status, you are sorely mistaken. There are no clues to indicate if she's with Colton or not. But even if they aren't together and she's seeing someone else, she wouldn't be able to post anything about this potential new guy until after the season is over.

Of course, that doesn't mean Cassie has gone on a social media hiatus by any means. Judging from her photos, she's currently back in California and having a great time. She even posts various Bachelor related images to help capture the experience and let fans know what it all meant to her. But when it comes to divulging details about how things play out for her and Colton, Cassie has remained completely silent on the matter. Seriously, not even Sherlock Holmes would be able to deduce Cassie's dating status from these photos alone.

With that in mind, that means there are three possible answers to this question:

Fans will have to wait until the finale to know one way or another which of these scenarios is correct, but given that The Bachelor wasn't filmed that long ago, it'd be surprising if she was already seeing someone new if things didn't end up working out between her and Colton. The two of them definitely have strong feelings for one another, so any breakup that occurs is sure to be painful for both parties. She may decide to take a break from dating for a bit in order to heal from the whole ordeal. Then again, maybe not. If the right person comes around at an unexpected time, then so be it.

Then again, maybe she's still with Colton and they're currently enjoying some private rendezvous together, waiting for the day that they get to announce their happiness to the world. Only time will tell.