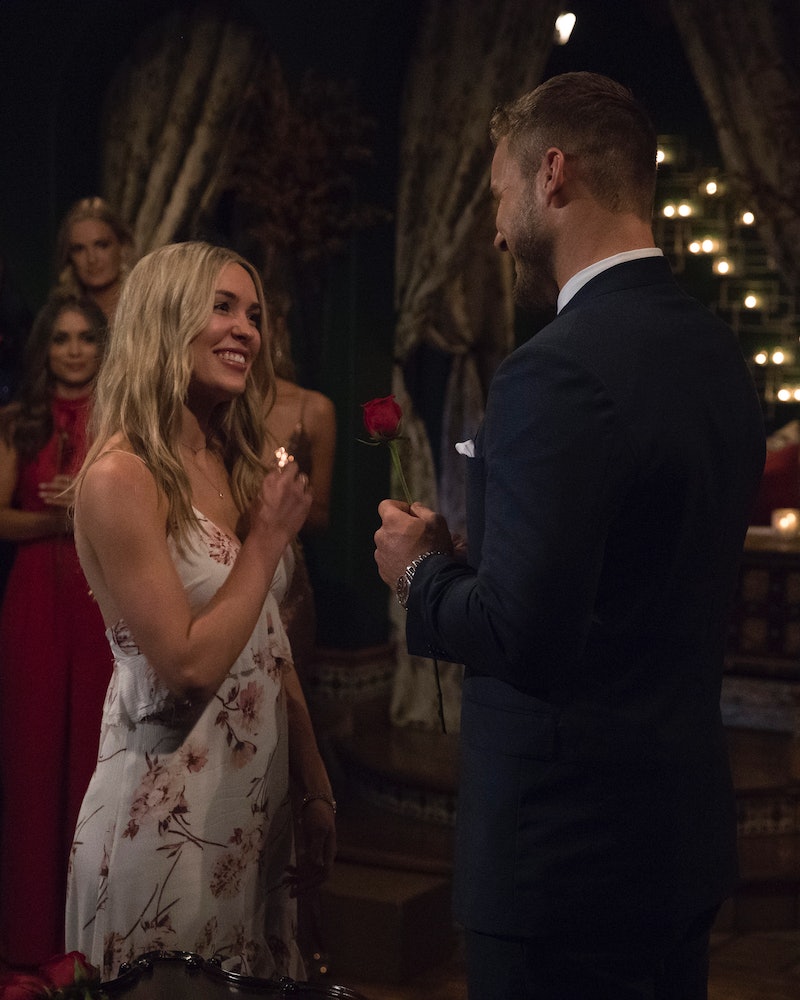 After an emotional hometown date with Colton, fans are beginning to question whether or not Cassie is single after The Bachelor. Early on in the season, that would've seemed like a silly question to consider. Their chemistry was undeniable and they seemed like a perfect match. But hometowns provided Cassie with a daunting dose of reality after a few weeks of traveling and dating bliss, and now, she doesn't seem so sure she's ready to be engaged. And Colton's starting to notice.

It's true, Cassie's hometown date shed some light on some unexpected feelings regarding expectations around her relationship with Colton. She was hesitant in her answers to any related questions, and her dad wasn't shy about his own skepticism. Her dad didn't give Colton his blessing to go ahead with a proposal, and then Cassie's sister and best friend Michelle also expressed her uncertainties, causing Cassie to doubt her own feelings.

Michelle told her that “there are hundreds of other guys out there, too," so she shouldn't feel pressured to commit to Colton if she didn't feel ready. Cassie wasn't sure how to respond. “I’m really excited to see, like, where everything can go," she said at the end of her visit. "I don’t want it to be over.” But she admitted that she wasn't quite ready for the L-word, either. And Colton expressed his concern about that. “I wanted her to say, ‘I’m falling in love with you,’ so bad," he said on the show.

Unfortunately, those magic words have not yet left Cassie's lips like they have the other two remaining girls. So it will be interesting to see how the fantasy suite episode unfolds. Could Kirpa and Tayshia have been right all along? Is Cassie there for the wrong reasons?

The day before the fantasy suite episode aired, Cassie posted a sneak peek video on her Instagram. "Colton told me that he was falling in love with me," she said in the video. "That's something that I don't want to rush myself into saying. Now I get the time to really explore that, and really figure out my feelings."

What does that mean, exactly? The fantasy suite will allow her to figure out her feelings? If she's part of the final three, shouldn't she have some defined feelings already? By this point, the season has been so unpredictable, it's difficult to keep everyone's feelings straight.

"There is no way to prepare yourself for this experience and how many real emotions there are to process," she wrote under the clip. "It’s surreal watching yourself back and reliving what you were going through. I actually filled 3 journals cover to cover while I was gone with just about every detail of what was going through my head...3 journals is a lot."

There was a popular consensus early on that Cassie would end up engaged to Colton in the end, but now, there are unavoidable signs that that may not be the case. After all, the fortune teller in Singapore did tell them they were brother and sister in a past life. That should've been the only sign they needed to confirm that Cassie could very well be single after the show.