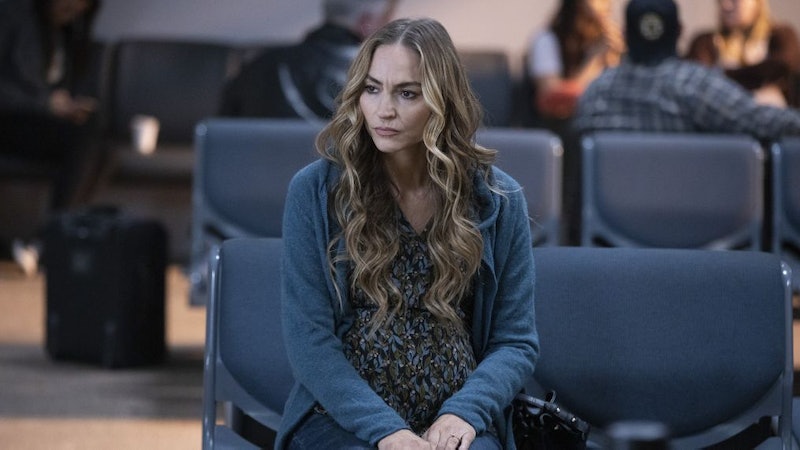 The show has laid ground for Emma, who must have some relationship to Jon, to be Barbara Morgan. The clues are that Emma, played by Drea DeMatteo of The Sopranos, who is also famous, has a house on the other side of town, obvious secrets, a painting by Barbara Morgan, and also, a videotape of Jon apologizing while addressing a woman named Barbara. These seem like pretty obvious markers, but listen — we’ve been burned before. One would think that since Emma has all of these things that match up directly with Jon that she could be Barbara, but A Million Little Things executive producer and showrunner DJ Nash told TVGuide that he’s basically been trolling us this whole time. He said:

So basically, up is down, black is white, and everyone on A Million Little Things lives in a world where Hilary Clinton is president. We can trust nothing, which, honestly, makes the show a little less fun to watch. Twists and turns will keep viewers tuned in, but completely discounting everything that’s been established so far (or at least, what viewers think is established) could be alienating. If Emma is not Barbara, it means she’s a whole other character from something else. Nash told TVLine that Season 2 doesn't include Jon suicide drama, so Emma is either Barbara Morgan or Maggie has been punking us this whole time.

That said, Emma is doing a pretty good job of acting suspicious — like she has something to hide. She stalked the family home to catch Sophie on a run, and then she lied and said she was a part of the 5K the family did in Jon’s memory. Then, she wanted to leave a note (or maybe the memory card with that info on it) for Delilah, and then she chickened out. These aren’t actions of a straight-thinking woman. Now that Sophie and Delilah have seen that Emma appears in Jon’s college photos, they know something is up. This woman is not who she says she is, and it’s probably because she’s Barbara Morgan. Maybe.