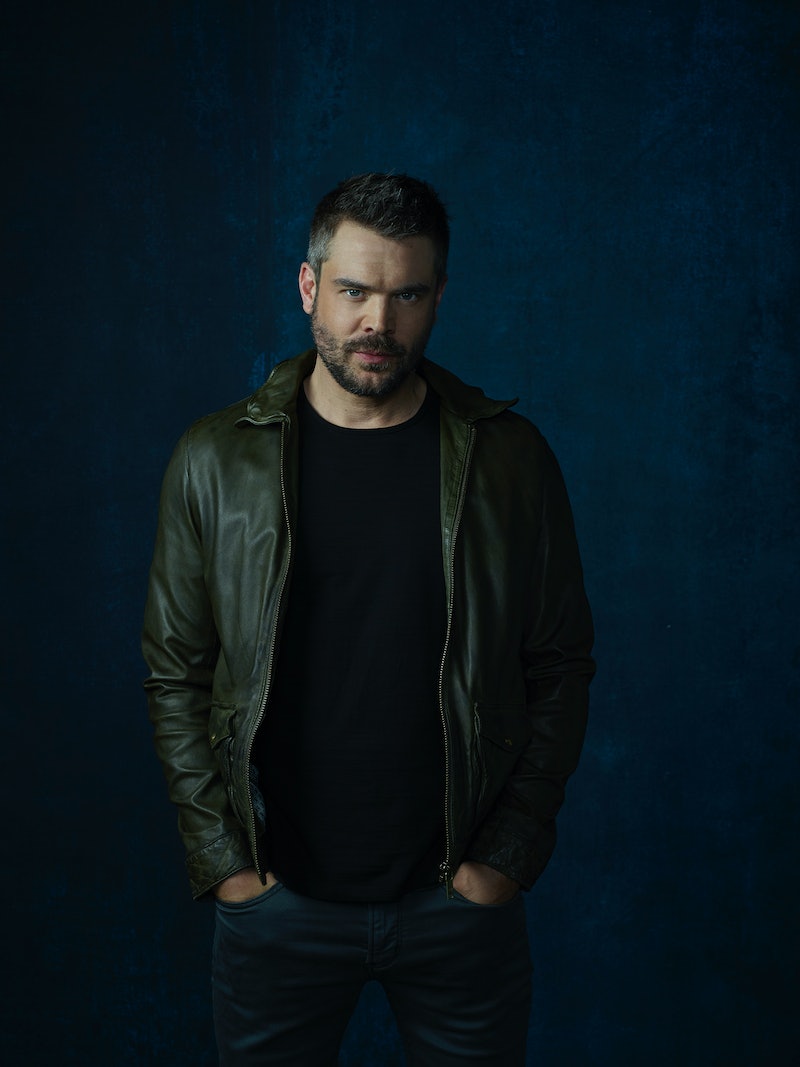 Spoilers ahead for HTGAWM Season 6. It's starting to look like the final season of How To Get Away With Murder will be taking multiple casualties now that Frank's fate is hanging in the balance, too. His bloody body was delivered to Bonnie's doorstep, and while it's fairly likely that Frank is alive still, what happened to him does not bode well for the Keating 4 going forward. If someone as ruthless as Frank could be dead, nobody is safe this season.

This happened in the show's present timeline, not a flash-forward, so hopefully How To Get Away With Murder will resolve the cliffhanger ASAP and not draw it out forever like Annalise Keating's alleged murder, and Connor's alleged heart attack. Frank was last seen trying to track down Laurel's whereabouts, and ran into her dangerous brother Xavier Castillo and some of his men at what Frank thought was Laurel's safe house. It turned out to be not so "safe" after all, clearly.

The most likely explanation for what happened to Frank is that Laurel's family beat him up and dropped him off at Bonnie's place as some kind of warning. Who else could it have been? We already know that Xavier is responsible for organizing the death of Nate's dad, and is working with the Governor against Annalise and her team. He could have attacked Frank on the Governor's orders. We also know that Frank still has feelings for Laurel, so Xavier may just be biased against him in an overprotective, patriarchal older brother kind of way — and jumped him without any additional motive.

At least we can rest assured that he is OK. The official synopsis for next Thursday's episode teases that "Frank’s recent peril leads to a new secret revealed about Laurel’s disappearance." The word "peril" is an odd descriptive choice for murder, if that really is what happened, so it's safe to bet that Frank is alive for now.

That said, the upcoming episode is ominously titled "We're All Gonna Die." Maybe what happened to Frank, or rather who happened to Frank, is coming for the rest of them next. It definitely raises the stakes for everyone on How To Get Away With Murder. Frank is the most vicious and resourceful member of the team. If he can be that close to death ever, that's very bad news for the rest of them.

More like this
The 'Gossip Girl' Reboot Creator Is “Looking For A New Home” To Air A Potential Season 3
By Brad Witter
Netflix Shut Down 'Bridgerton' S3 Rumours About A “Very Dark” Storyline
By Bustle
'The Last Of Us' Has Officially Been Renewed For Season 2
By Darshita Goyal
This 'Gossip Girl' Wardrobe Error Has Gone Viral On TikTok
By Alyssa Lapid
Get Even More From Bustle — Sign Up For The Newsletter
From hair trends to relationship advice, our daily newsletter has everything you need to sound like a person who’s on TikTok, even if you aren’t.