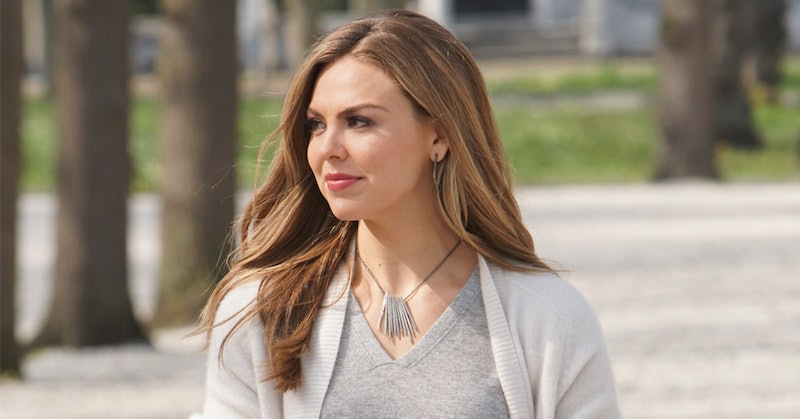 The arrival of hometown dates means Hannah B.'s journey on The Bachelorette is quickly coming to a close. And while there's been some controversy over some of the contestants she's chosen to keep around (*cough, Luke P., cough*) there are still some promising guys in the mix. But aside from the obvious question of who Hannah ends up with (if anyone), fans are also eager to know how things are going now that some time has passed since filming wrapped. Like, is Hannah still with her Bachelorette winner? Though some of the show's relationships have withstood the test of time, breakups are pretty common in Bachelor Nation, and Hannah's season has been particularly dramatic onscreen and off.

For those who make a point of avoiding spoilers, predicting how this season will play out is somewhat difficult, considering how many unexpected twists have happened thus far. There were numerous instances in which it seemed Luke P. was going home only to see him nab a rose at the last minute. Could he really be the one to win this thing altogether? If it wasn't for the latest promo — which seemingly features Hannah finally kicking Luke P. to the curb — the odds would seem likely, but his upcoming remarks seem to put that possibility to rest once and for all. That means it'll all boil down to Jed, Tyler, and Peter.

As for whether or not Hannah is still with one of her final men, she hasn't confirmed if she even *is* in a relationship at the end of the show, though she did tell Entertainment Tonight she was pleased with how things turned out. "I will tell you that I'm happy and, ultimately, this season and how it all turned out is not how I thought it would be," Hannah said, adding:

"It doesn't mean that it's not good. I think it happened the exact way that it was supposed to, and I feel really excited and blessed to have the opportunity that I've had and feel really good and want you all to see what that is. I can't really tell you much more."

That certainly makes it sound like Hannah is still with the person she chooses at the end of all this. However, a lot can happen in a couple months, and there are a few things to keep in mind, particularly when it comes to frontrunner Jed Wyatt. The contestant has been the subject of quite of bit of speculation over the last few weeks after People published claims from aspiring musician Haley Stevens, who said Jed was still dating her when he went on the show and that they planned to get back together after he finished filming. Jed has yet to address the accusations or respond to Bustle's request for comment, but the rumors have made many fans and Bachelor alums question his intentions.

If Hannah walks away from the season with Tyler or Peter, then this report wouldn't have affected her relationship too much. But if Jed turns out to be the winner, then it would have been an obstacle for him and Hannah regardless, even if it's just because they've had to deal with all the public scrutiny.

There's still a chance that Hannah is happily engaged to someone, but if Jed is part of that equation, it's possible these rumors have thrown yet another wrench into an already drama-filled season.