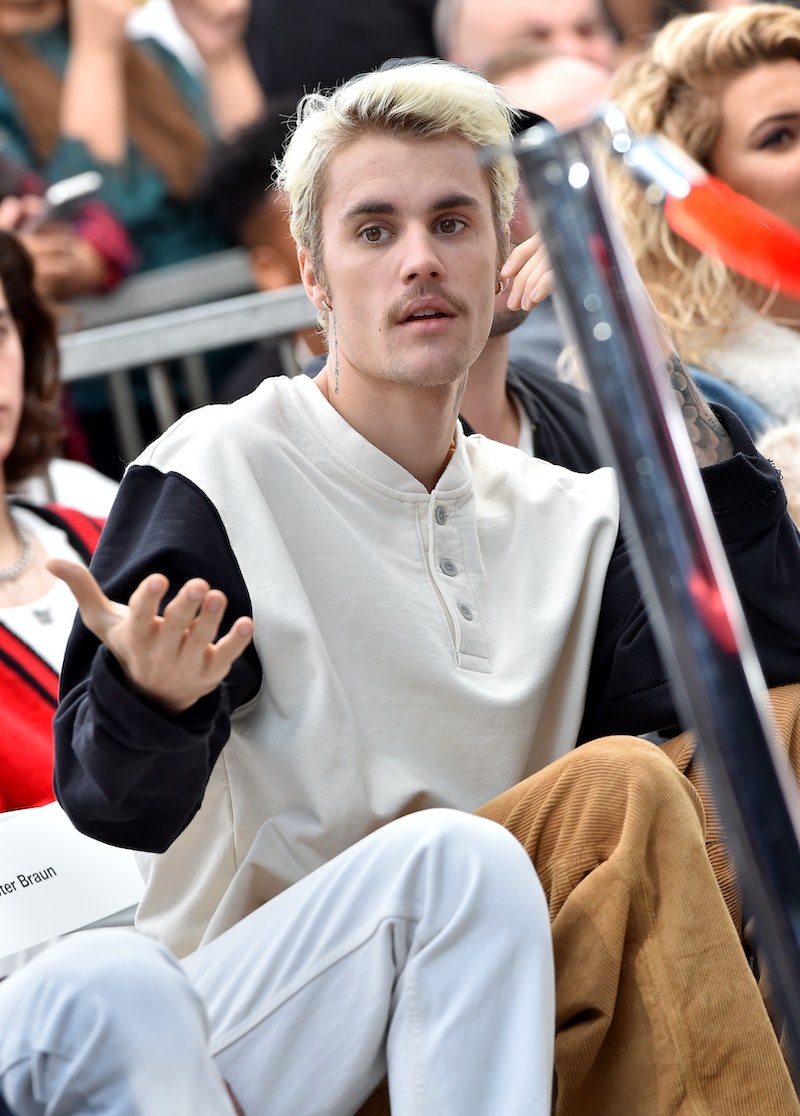 Thanks to the release of his new single "Yummy," fans are wondering if Justin Bieber will attend the Grammys this year, but Beliebers shouldn't get their hopes for an appearance up too high. The singer hasn't been to the awards show since 2016, and since he isn't nominated or scheduled to perform, a 2020 appearance would be surprising. When it comes to walking red carpets, the 25-year-old has taken a hard pass in recent years — and given his reported feelings about the Grammys, it's unlikely that he'll make an exception for music's biggest night.

In 2017, a source told TMZ that Bieber, Drake, and Kanye West were among a growing contingent of artists who believed the ceremony wasn't "relevant or representative" of younger singers. However, Bieber never confirmed the report, and despite facing controversies this year, the Grammys have made strides by nominating rising artists like Lizzo, Billie Eilish, and Lil Nas X. Add in the fact that the "10,000 Hours" singer has a new single to promote, and now seems like as good a time as any for him to make a Grammy comeback even if he doesn't take the stage.

Whether or not he makes an appearance at the awards show or not, fans can expect to see a lot more of Bieber in the coming months. Earlier this week, the singer held an emotional preview of his upcoming album at Village Recorders in West Los Angeles, per Variety. He also recently announced that he will perform at the 2020 iHeartRadio Music Awards on March 29. The performance will mark a return to the public eye for the singer, after he took an extended break to focus on his health.

Fans won't have to wait until March to see him perform though. Bieber is also set to be the musical guest on the Feb. 8 episode of Saturday Night Live. This is in addition to his 10-part documentary Justin Bieber: Seasons premiering Jan. 27 on YouTube. The doc is set to chronicle the making of his upcoming fifth studio album, as well as give viewers an intimate look at what the star's life has been like since he stepped away from performing three years ago.

With or without the Grammys, Bieber is in the midst of a career resurgence that will see him embark on a tour (beginning May 14) and release a new album in 2020. If he and wife Hailey Bieber decide to make an appearance on the red carpet, then that's just one more gift for true Beliebers everywhere. And if he opts to stay home and prep for the busy weeks ahead, then no one can blame him, because either way, 2020 is going to be a big year for Bieber and his fans.