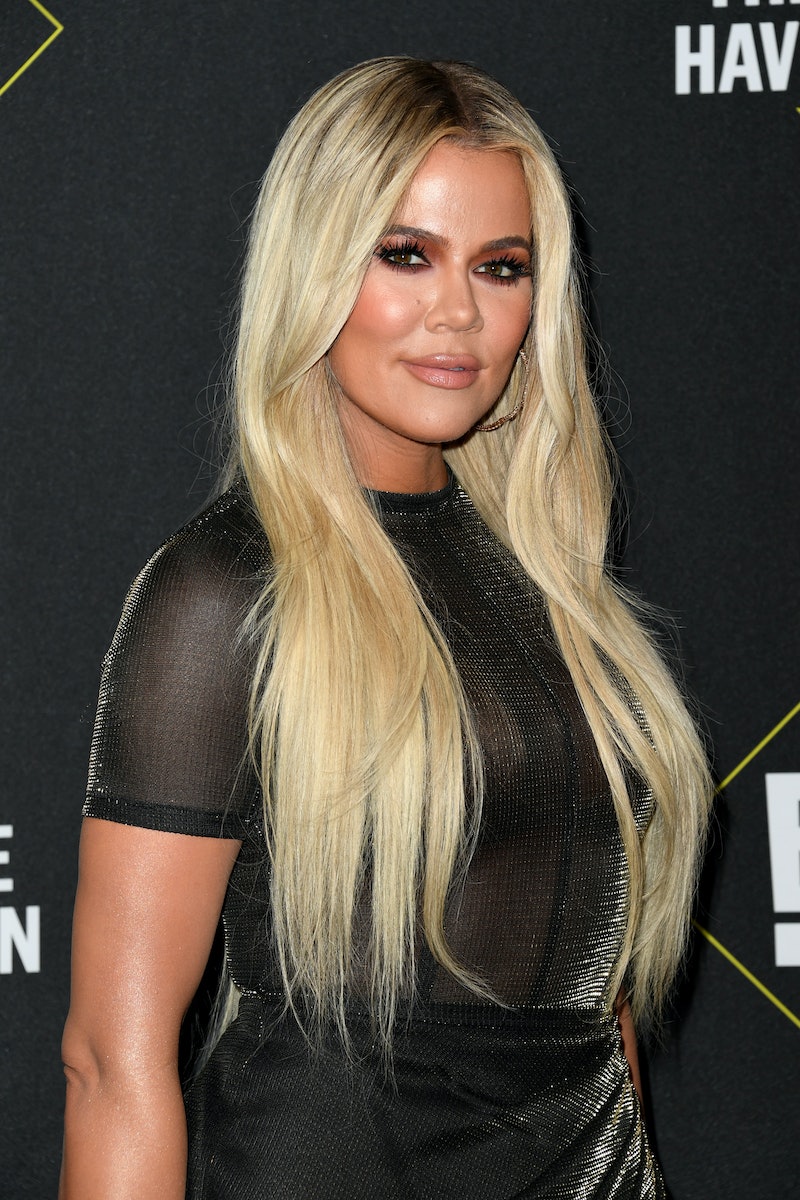 Kris Jenner was so concerned Khloé Kardashian isn't dating anyone that during the April 9 episode of Keeping Up With the Kardashians, she tried to set her up with random guys in a sporting goods store. But Khloé wasn't having any of it. "I have friends like, 'I want to hook you up with someone.' I just don't care," Khloé said. "I'm focused on myself and True and that's just what I do ... Who knows? Maybe I'll never date again."

Khloé added that she hasn't been on a date since her split from Tristan Thompson in February 2019. Since then, she's been adamant that she's happy being single and focusing on her daughter. "Being single doesn't necessarily mean you're available. Sometimes you have to put up a sign that says, 'Do Not Disturb, God is working' on your heart," she posted on her Instagram Story in October 2019.

This season was filmed several months ago, but Khloé hasn't changed her mind. When the April 9 episode aired, Khloé took to Twitter to reiterate her feelings. "It's crazy that some people find being single, healing and happy is a negative. Lol I literally am so chillin right now. I'm focused on loving my baby girl. Life is beautiful."

She added that watching the scene of her mom trying to set her up was "humiliating ... I'm so uncomfortable even though this is old. I'm still cringing."

The one thing that has changed? Khloé and Tristan seem to be getting better at the whole co-parenting thing. "True is one and a month old so she doesn't really know what's happening. But to me, she does know and she feels energy and I'm a big believer of that. So I do everything in my power to not put any heavy energy around her," Khloé said on her friend Laura Wasser's podcast Divorce Sucks! in February, adding that her mom and dad, Robert Kardashian, set a good example after their divorce. "My parents were so good at not letting us feel whatever they were going through. And I want to give [True] the same thing. And I know her dad is a great person, I know how much he loves her and cares about her so I want him to be there."