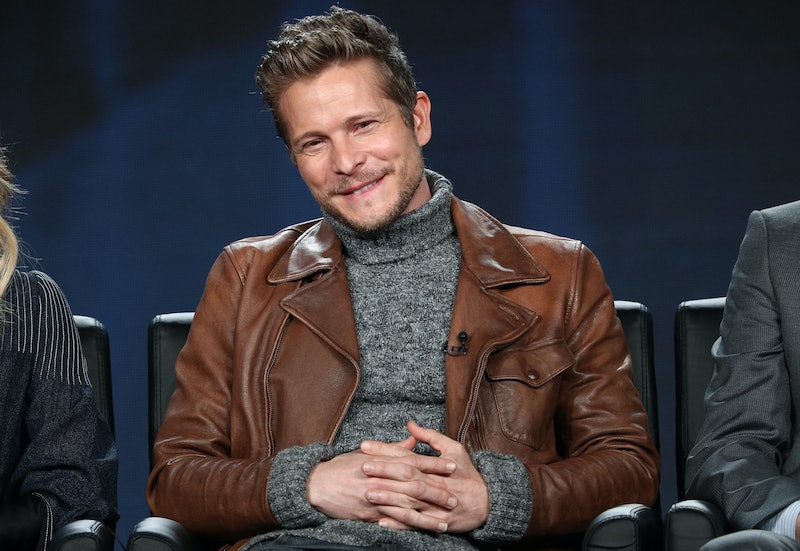 Although the Resident is more realistic than most medical series in which handsome heroes save the day in 50 minutes or less, there are still a lot of good looking MDs walking around saving lives. One of these handsome heroes is played Matt Czuchry, of Gilmore Girls fame and no one could blame you if you were wondering whether the Resident star is married not.

Unless Czuchry had some secret ceremony and really good at avoiding paparazzi, he's not married or seemingly dating anyone right now. Then again, celebs often keep their relationships private, so it's possible that Czuchry is dating someone and we just don't know about it. His most famous ex is Kate Bosworth, but other than that relationship, there's not a lot of info out there on the internet about his personal life.

After the first run of Gilmore Girls the actor moved on to Friday Night Lights for a brief arc in 2008 and then right on to The Good Wife up until 2016. Afterwards, he reprised his role in the Gilmore Girl revival, A Year In The Life revival and then The Resident. Between all of that work, plus a 2007 stage appearance in Third, it doesn't seem like he's had a lot of free time to date. Though it's hard to imagine that he doesn't get a good date now and again.

Or tons of fans speculating about his love life both on and off screen.

On The Resident Czuchry plays Dr. Conrad Hawkins, an arrogant (but in an endearing way) doc. "He served in the military in Afghanistan and gained a lot of his medical training on the battlefield. His burning purpose, as I would call it, is to save his patients’ lives. So that drive, his confidence and his need for perfection is how his personality manifests itself," the actor said in an interview with his cast mates with Parade.

During the interview, the actors discussed the sexual tension between Conrad and Emily VanCamp's character Nic. Even a gritty and realistic medical drama has to involve some steamy "on-call room" scenes, right?

“You have to work really hard for chemistry sometimes,” VanCamp said in the interview. “But Matt and I have a lot of mutual respect and a very similar work ethic. We both take the work very seriously — sometimes too seriously.” "They're also a great team professionally even though they're not together [romantically]," Czuchry added, "and trying to work things out. A very adult way of looking at this relationship."

Although Czuchry is single in real life, you can always root for this fictional duo to make it.

More like this
“The Door Is Always Open” For Another 'Breaking Bad' Spin-Off, Says AMC Boss
By El Hunt
All The Sneaky Lindsay Lohan Movie Easter Eggs In Her New Ad, Explained
By Stephanie Topacio Long
18 Unanswered Questions From 'The Hills' That Still Haunt Us Today
By Ivana Rihter
Here's Where Your Favorite Characters Stand After The 'Stranger Things' 4 Finale
By Grace Wehniainen
Get Even More From Bustle — Sign Up For The Newsletter

This article was originally published on Jan. 19, 2018