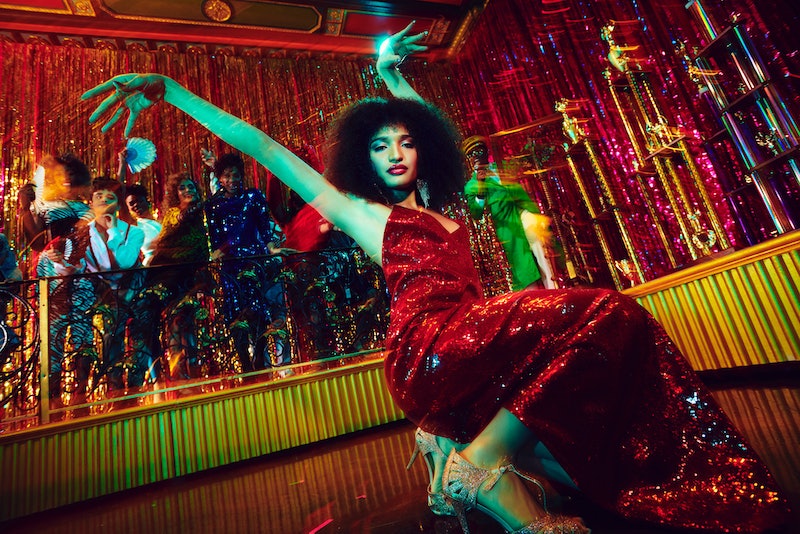 Ryan Murphy seems to have a license to print hit shows. The creator of the likes of American Horror Story, Feud, and American Crime Story — Murphy knows how to give the people what they want and also give lots of members of the LGBTQIA+ community not only voices but roles as well. Sticking true to form, his latest show Pose looks set to be another instant classic. But is Pose based on a true story?

The show, which is about the ballroom culture in 1980's New York City, is heavily based on the real ball scene. Alongside the rich and diverse LGBTQIA+ community in NYC at the time, in the midst of the AIDs crisis.

Real houses like LaBeija, Omni, Blahnik, and Xtravaganza definitely influenced the houses in the show. Grandfather Hector of the House of Xtravaganza consulted on the show, sadly passing away after its completion.

I guess you might be wondering what a house is? Houses were safe spaces for people who are rejected by mainstream societies. Many of the young LGBTQIA+ people in the houses literally had no place to go and found solace in their family and house mother. The idea of the house still remains and is a huge part of queer history and culture.

If you want to see a film that this show is most definitely inspired by, I recommend Paris Is Burning, which you can find on Netflix. This film is a short documentary about the largely POC queer drag and trans community in a version of New York that was far more dangerous and far less tolerant than the one that exists now. It tells the story of young people cast out for not only their sexuality, but not conforming to gender norms. The film will honestly reach right inside you and grab every bit of you. It is one of the best showcases of LGBTQIA+ history in a time long before shows like Rupaul's Drag Race led to heterosexual people thinking our community was cool, acceptable, and even aspirational.

Pose is beautifully made, emphasising the wonderful diversity of the ballroom scene, which was almost entirely made up of black and Latino people. It also brings trans people to the fore. It has the largest cast of transgender actors in series regular roles, as well as the largest recurring cast of LGBTQIA+ actors ever for a scripted series.

Alongside celebrating the incredible talent and passion of those in the ball scene at the time, it also tackles the very dark sides of the 1980s queer scene. The AIDs crisis is laid bare in all of its horrors, with characters falling prey to the disease, and the horrific treatment of sufferers at the time is highlighted. Shows like this serve to further prove just how lucky we are to live in a time where it is possible to live a normal life with HIV.

As well as this, Pose tells the uncomfortable truth about how openly transphobic many queer people were in the past. One notable example of this is true icon of trans history, Marsha P. Johnson, who many believe may have been the first person to throw a brick in the Stonewall Riots. A documentary about her amazing life, tragic death, and the history of transphobia is on Netflix and 100 percent worth watching. Especially as we live in a time where transphobia is still sadly prevalent.

If you're looking for a show that is entertaining, insightful, and actually gives LGBTQIA+ roles to LGBTQIA+ people — then this is it. But fair warning, stock up on tissues for tears and a first aid kit for any voguing-related injuries.