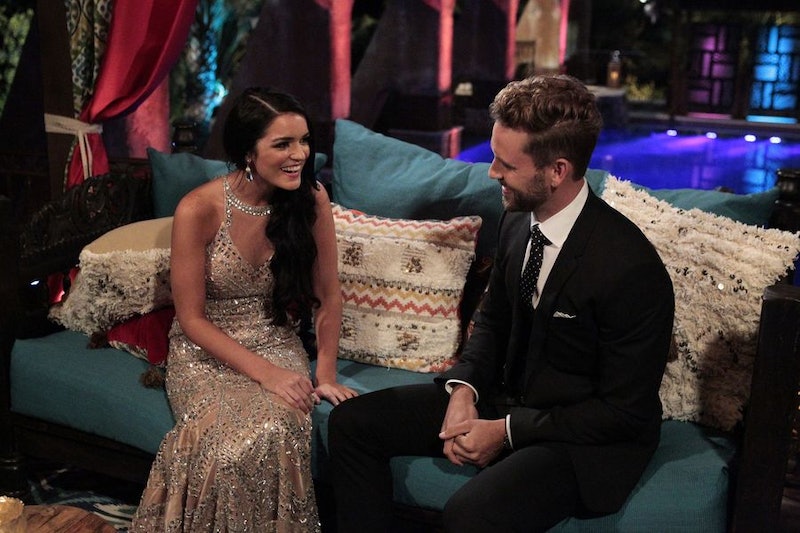 The Bachelor is over, and I am supremely disappointed that Raven is neither the woman of Nick’s dreams nor the new Bachelorette. Raven Nicole Gates was perhaps the most charming of the women on Nick’s season of The Bachelor. Unfortunately, Nick found Vanessa just that much more charming, but let’s focus on those left in Nick’s wake... is Raven dating anyone after The Bachelor?

I know that ABC and the producers of The Bachelor make the contestants sign virtually airtight contracts that say that they won’t reveal any plot points or anything from the show. But from what I’ve found in my many years covering all that is Bachelor Nation, there are always hints and tricks to tell what’s going on in a contestant’s social life. The contestants may not outwardly say, “this is my love and I’m so happy we’re together,” but it’s more about what’s not said. The complete absence of love is something to look for, too. Raven was understandably upset when Nick, standing on a pretty stage in Finland, let her go. But, man, I just want this woman, this starburst of joy, to be happy. So I tapped into her Instagram for some hints. One post in particular seems to imply that she’s not over a certain heartbreak:

I don’t know about you, but that post sounds to me like a pep talk for a woman who needs one. Raven’s other posts are focused on being with her friends, running her business, and hanging with her employees, and it doesn’t seem like there is any room for romance in her life right now.

My guess is that she is still a little heartbroken over Nick, so she’s thrown herself into the other big things in her life and has no room for romance — yet. If it’s one thing I’ve learned about Raven in the weeks of watching her on The Bachelor, it’s that she’s strong, beautiful, and will definitely end up on top of her game. Her soulmate is coming, but she just didn’t meet him on television.