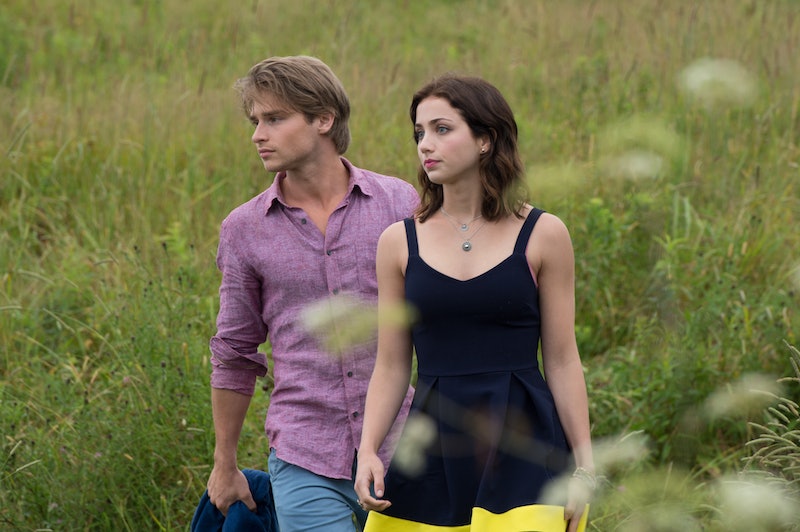 Lifetime's original movie Sea Change takes viewers to a seemingly normal island carrying a large secret. That secret? Seawalkers, beings that are half-human and half-sea creature. When you tune in for the supernatural Seawalkers, you may also find yourself charmed by the Lifetime Original Movie's setting and wonder if the Selkie Island in Sea Change is a real place. While the island seen in the Sea Change film may not exist in real life, the setting does have a very real inspiration. You won't find any Seawalkers there, but you're bound to find a nice vacation spot full of landmarks and interesting history.

The island in Sea Change is called Selkie Island, named after a creature in Irish folklore that is similar in many ways to a mermaid. In the original Sea Change YA novel that inspired the film, Selkie Island is in Georgia as opposed to the New England setting of the film. The is no real Selkie Island in Georgia, but the novel's author Aimee Friedman opened up to fellow author Terra Elan about the inspiration behind Selkie Island, a real place named Tybee Island. This Georgia city is quaint, homely, and is sadly free of any Seawalkers.

It's almost a shame that the setting of Sea Change shifted from page to screen, as it's clear that Tybee Island and Georgia in general was a huge influence to Friedman. As she revealed to fellow author Terra Elan, "When I got the idea for Sea Change, there was no doubt in my mind that it would take place on an island off the coast of Georgia; the heat and lushness and mystery of the South all seemed to lend themselves to the feel of the story I wanted to tell." Friedman also recounted that she "took an amazing trip to Savannah, and to beautiful Tybee Island. Those places helped me enormously in my creation of the fictional Selkie Island." But, the coastline of the South can be very different than the coastline of the North, especially when it comes to temperature.

The shift in tone from the hot, lush south to the chilly, calm north could end up having a large effect on the adaptation. Will the television adaptation be more relaxed and breezy than the novel? With the constant threat of Seawalkers looming over the characters in Sea Change, it's likely the story would've been tense no matter where the island is.

The actual Tybee Island, at the easternmost-point in Georgia, is everything you would expect an idyllic small town to be. As advertised on the town's website, it has a beach, several inns, restaurants, multiple lighthouses, and is a popular wedding destination. The town's website describes Tybee Island as "a small coastal community located only 18 miles away from Historic Savannah, Georgia." The site also claims that Tybee Island is "consistently named as one of the top-rated beaches in the U.S.," before promising that "Tybee has something for everyone!"

This includes being the perfect setting for "a fishing enthusiast seeking your biggest catch, a nature lover ready to meet friendly dolphins and sea turtles, or even an adventure seeker in search of exhilarating water sports? This exquisite barrier island has got you covered." Nowhere on the website does it mention the possibility of the coast being haunted by human-looking sea creatures, though — so that's good.

It seems that while the distinctly Southern feel may no longer be present in the Sea Change movie, the Selkie Island of the film carries the same pleasant vibe as the book. The island seen in Sea Change may bear little resemblance to Tybee Island, but the spirit and character of the island is still present in the tense teen thriller, and that's what matters most anyway.