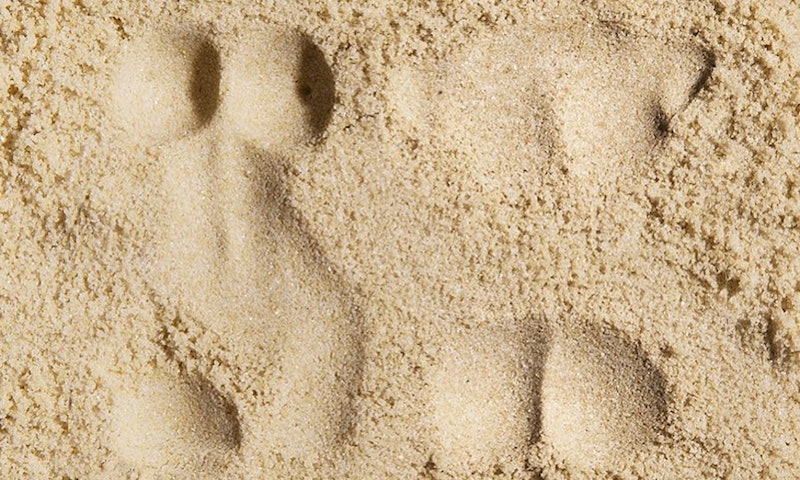 It's official. The fragrance bottle that spawned 1,000 news story is here. The new KKW Body fragrance has officially launched on internet shelves. If you're wondering why a bottle is such a big deal, you've missed some serious Kardashian pop culture news. Kim Kardashian's new KKW Body scent actually comes in a bottle that's shaped like her body, and the likeness is not just some passing, semi-accurate replica of what her figure supposedly looks like. It's actually a sculpture of her body, but can you still get your hands on the now iconic packaging and scent? There's good news for KKW fans.

The KKW Body fragrance hit internet shelves today, Apr. 30, and the ultra sensual fragrance that's described as a "narcotic elixir" is still available. That's right. By some miracle, KKW Body is still up for grabs over at the brand's website. However, you may want to move fast because with all the hype surrounding the anatomically correct bottle, it may not last long. After all, this is a Kardashian product.

While the fragrance notes sound like the sensual summertime fragrance of your dreams (and it includes aphrodisiacs to boot), it could just be all the hype over the bottle that is going to make it a classic Kardashian must-have for fans. In fact, Kardashian has already taken to her Twitter account to announce that the fragrance has had the best response out of all of her launches. What does that mean for you? If you don't have it now, you may want to grab that credit card of yours.

What exactly created all the hype around the bottle, though? Well, it was probably Kardashian herself in what can only be deemed a genius marketing strategy. Before the bottle was officially revealed a few days ago, images of Kardashian's naked body kept popping up on the reality star's social media pages and migrated over to the KKW Fragrance Instagram account.

Now, it's important to note that naked images of Kardashian aren't exactly a shocking occurrence at this point. She's pretty much become synonymous with them. From posting her infamous naked selfie to her most recently images in her kind of unfortunately named "Bo Derek braids" (hint: they aren't Bo Derek braids), she's not afraid to go there on social media, and she shouldn't be considering that it's her choice. But these images were different.

Why? Because she's covered in plaster in some of them.

As it turns out, that bottle is a true replica of Kardashian's famous physique. She didn't create a somewhat accurate bottle. She went all the way and crafted a sculpted mold of herself, and honestly, the result is kind of mind blowing.

KKW Fragrance debuted with the Crystal Gardenia line, and they're still available on the brand's website. The 75 mL bottle retails for $60, and that's the same price as KKW Body. The difference? KKW Body contains 1/4 more product with 100 mL inside Kardashian's famous figure. Essentially, Kardashian is giving you a deal on the latest addition to the KKW Fragrance family.

If you haven't gotten your KKW Body yet, you should head over the KKW Fragrance site soon. If history and a tweet from Kardashian herself is any indication, this new perfume may be gone soon. Honestly, who wants to miss out on having this bottle on their vanity?