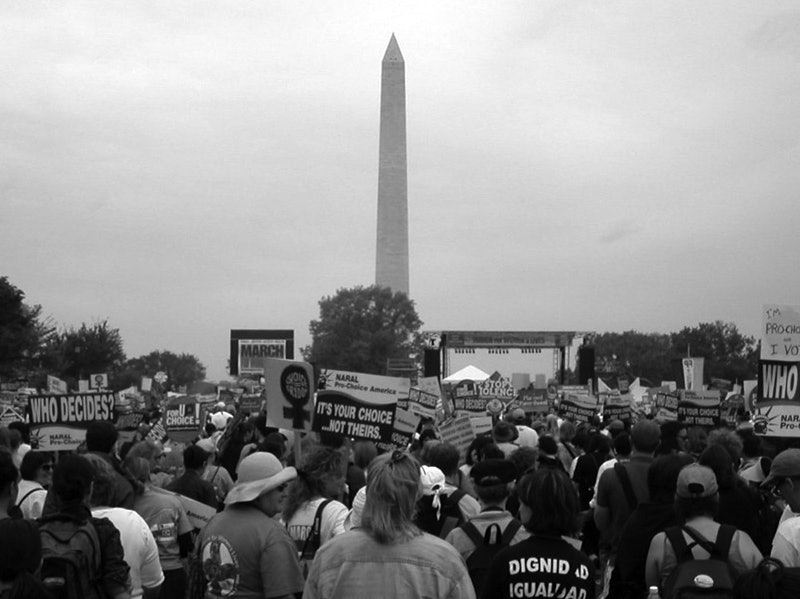 The Women's March on Washington is set to occur on Jan. 21, 2017 — the day after the inauguration of president-elect Donald Trump — and it's expected to draw a crowd of potentially more than 200,000 people. The enormous turnout, like any big event, elicits an important question from many: Is the Women's March safe?

It's often the question at the forefront of our minds, as with any large-scale event, like the Macy's Thanksgiving Day Parade and Christmas markets. As such, it's usually a safe assumption that security will be heightened to protect the crowds of people. So what exactly can we expect for the Women's March on Washington, set to begin in front of the Capitol at Third Street SW and Independence Avenue?

The planning and organization of the march is nothing to scoff at. While specific details regarding the security of the event will be released closer to the day, the Women's March on Washing website promises that there is an experienced team of professional national organizers who have worked diligently to guarantee that all safety protocols are followed. We also know that organizers haven't yet publicized the exact route they're taking specifically for security reasons. For similar reasons, online safety has been taken seriously, with some Facebook pages for the event being changed from public to private.

Furthermore, in a press statement, organizers said we can expect to see nationally prominent artists, entertainers, and other leaders at the Women's March, all but promising a heavily secured event.

Linda Sarsour, one of the four co-chairs, commented on how big of a responsibility it is to plan a mobilization of this size, telling The Guardian that they've been "negotiating with the six federal agencies on the route, insurance, fundraising for the mass mobilization, vendors, private security." Rest assured that the safety of all involved was very likely one of their first considerations.

While the Women's March on Washington may seem like an obvious target for violent happenings, it's important to note that the WMW is not a protest. Organizers and attendees continue to promote it as a march or rally, and remind us that the Women's March isn't anti-Trump. Instead, it is a coming together of all kinds of people (because everyone is welcome) to further encourage equal rights for all. Planned Parenthood is their official partner, but don't expect the march to be solely about reproductive rights. Crowds will be gathering in the name of race, ethnicity, immigration, overall healthcare, religion, and gender.

Remember that no one can ever guarantee your personal safety 100 percent. What you can trust is that the Women's March on Washington is being taken seriously as a large-scale event, and security will absolutely be a factor. Happy rallying, folks!