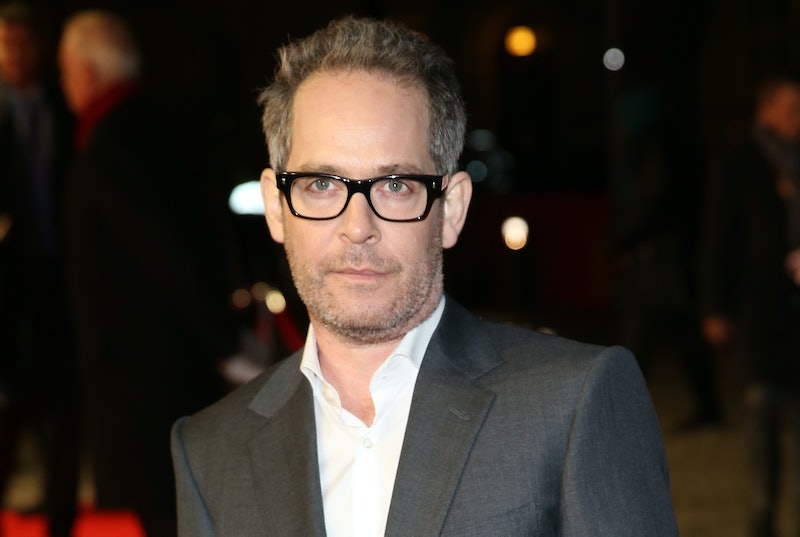 Revered French detective Julien Baptiste is back, and with him a whole host of new characters. As Baptiste — a spin-off of The Missing — prepares to hit screens, delving into the lives of the series' acting talent is only natural. One new face to enter the Baptiste saga will be recognised by many viewers. While you may know the ins and outs of his career, his relationship history is less obvious. So is Tom Hollander single?

Well, the simple answer appears to be yes. Hollander is usually private when it comes to his personal life, but he did tell the Guardian in 2017 that he was single, adding that the only development in his private life was that the dog owned by his neighbour that he used to walk had died. It's unclear if he is still single now, but the public may never find out. (I have contacted a representative for Hollander in an attempt to confirm.)

What you can dive into for now is Hollander's dating past. As the Daily Mail reports, he has been linked to designer Daphne Guinness and journalist and documentary-maker Jemima Goldsmith. The former relationship was reportedly two years long and took place in the early 2000s, while the relationship with Goldsmith is said to have ended in 2013. In between, the Daily Mail reports that the actor was involved in a long-term relationship with interior designer Fran Hickman. This reportedly ended in 2010.

Hollander has spoken very briefly about his love life, telling The Big Issue: "Acting can make it hard to have profound relationships if you’re not careful. You get into this pattern of three-month, four-month jobs, and what’s the next adventure."

According to the Daily Mail, Hollander has many famous friends. Kate Winslet, Ian McKellen, Benedict Cumberbatch, and the great Olivia Colman all appear on the list. (Hollander famously starred alongside Colman in the BBC sitcom Rev.) He was also photographed with Cara Delevingne and a bunch of other famous people on holiday in the Maldives in 2016.

If you still can't quite place where you've seen the actor, prepare for a supremely long list. Along with various theatre and TV stints including The Night Manager, he has appeared in the huge franchise that is Pirates of the Caribbean and the classic adaptation that is Pride & Prejudice. You may also recognise him as that creepy man in Bird Box. The very same man who proved why you shouldn't let every person into your safe haven during the apocalypse.

Hollander also stars in a number of new and upcoming films. In Bohemian Rhapsody, he takes on the role of Queen manager Jim Beach while A Private War sees him play the editor of journalist Marie Colvin (played by Rosamund Pike).

In BBC One's Baptiste, Hollander plays Edward Stratton, a man who asks Baptiste for help finding his niece who disappeared in Amsterdam while working as a sex worker. Actor Tchéky Karyo returns as the eponymous detective.

You can catch the first episode of Baptiste on Feb. 17 on BBC One at 9 p.m.