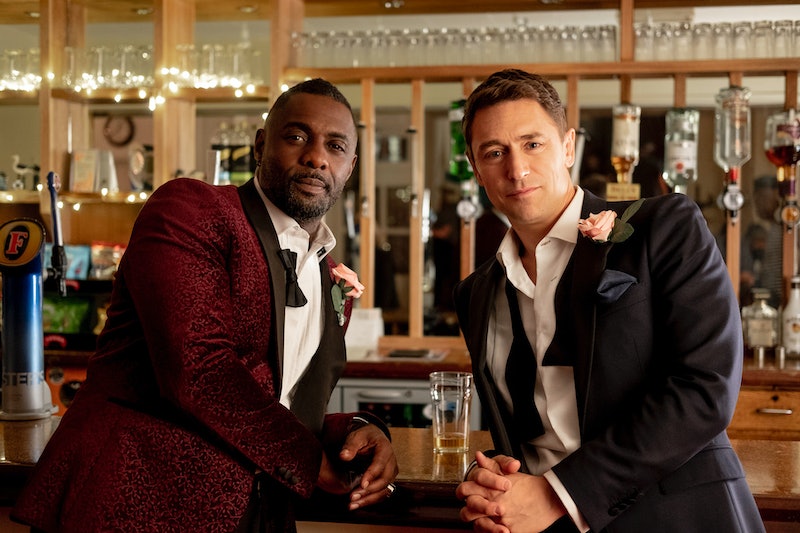 Actor, DJ, and certified "sexiest man alive" Idris Elba is about to hit your screens in a way you have never seen him before. The British star is taking brief respite from all those gritty dramas and heart-pounding thrillers to go a little more light hearted. This time round in, in Netflix's Turn Up Charlie, he is playing a DJ who hasn't quite conquered the music world as of yet. Considering Elba is such a flipping success story (in both acting and DJ-ing), it's hard to imagine, but, is Turn Up Charlie based on a true story? More importantly, is it Elba's story?

Well, the answer is a big fat no on this. However, no doubt Elba pulled on his experience in the music industry for the role. Not only that, but also his humble beginnings as an actor. According to an article Elba wrote for the Mirror, he managed to carve out an incredible acting career, despite having zero connections nor legs up. Just raw talent. So much so that he received a grant from the Prince's Trust, which funded his drama school education. Having learnt DJ-ing from his uncle at a young age, as Esquie reports, music has long also been a part of Elba's life, and the mega star had now DJ-ed at some huge events, producing music under the name DJ Big Driis.

So, like I said before, you have never seen this version of Elba. This time round he is flexing his comedic muscles and showing that heck no is he a one-trick pony. So what's this show all about then?

Elba is playing Charlie, a DJ in his 40s whose career hasn't exactly been the best. Despite his hard work and talent, he is yet to have that leg up. So, when the opportunity to work for his old BFF, who happens to also be a mega famous actor, comes up, he cannot contain his excitement. The excitement isn't necessarily to do with his BFF but his wife, who is a world-class DJ Sara played by Piper Perabo. Thinking he is about to be working with mega stars has him buzzing until he finds out it's not quite the well-connected celebrities who he will be working with. Oh no — it's their misbehaved daughter Gabby. That's right, Charlie is about to become their nanny.

As one might expect, hilarious japes unfold as the rebellious and sassy AF Gabby takes zero of Charlie's nonsense nor his constant effort to get on in his chosen career. He also has, like a lot of people do, a hilarious sidekick Del played by Guz Khan, who, along with his fed up mum, absolutely steals the show TBH.

The show is co-created by Elba and Gary Reich. Reich is the mind behind Little Miss Jocelyn, which IMO is one of the funniest sketch shows around, so you know Turn Up Charlie is going to bring the LOLs. Jocelyn Jee Esien, who is the star of the sketch show, is also in Turn Up Charlie, the Radio Times reports, meaning this telly programme will showcase UK's finest comedic talent.

The show comes in eight parts, each one 30 minutes long, so you can (let's be honest) marathon it all in four hours flat. There's your Sunday afternoon sorted.

Turn Up Charlie will be available to stream on Netflix from March 15.